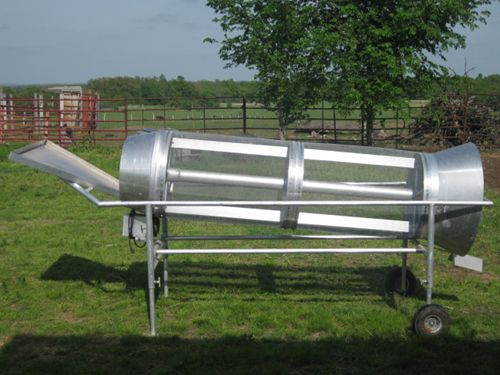 This is a very spur-of-the-moment post – a little bit of an experiment! I have noticed that there is a HUGE demand of used worm farming equipment – and there seems to be a fair number of people looking to sell equipment. But often, there isn’t a good way for these two groups to get connected.

Any time we post about used worm/castings harvesters (and other used equipment) internally in the Worm Farming Alliance private Facebook it seems to get snatched up very quickly.

It would be great to create more of an official used worm farming equipment “Buy and Sell” type of resource if there is enough interest (and enough people on both sides of the equation to make it worthwhile).

Your used equipment doesn’t necessarily need to be large-scale worm farming machinery either. Maybe you have a used stacking worm bin, or Worm Inn (etc) you are no longer using and you’d like to sell it.

Whether you are looking for something specific, or looking to sell, just add a comment below and we’ll see where this goes!
😎 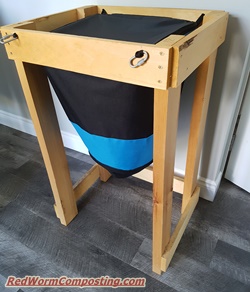 Back in April of this year I received an email from someone named Thomas Perkins, asking if I was interested in trying out his “VermiBag” worm composting system. Truth be told (no holds barred), I had already stumbled across his website a few months before that and had written the product off as a lame “Worm Inn knock-off” – partially because I was in the process of welcoming a “cool Worm Inn knock-off”, the Urban Worm Bag (sorry Steve – I couldn’t resist).

After all, there are only so many knock-offs you can welcome at one time!
😆

Hilarity aside, by the time April rolled around – and I had become an official UWB promoter – I was feeling even more conflicted about having any involvement with Mr. Perkins and his creation.

But, after giving it some more thought – and remembering my “unbiased education first” mission here – I decided it was only fair to at least look at the thing. lol
(I should point out that Tom also won me over with his friendly, mellow attitude in our email exchanges)

I did however make it clear that I wasn’t END_OF_DOCUMENT_TOKEN_TO_BE_REPLACED