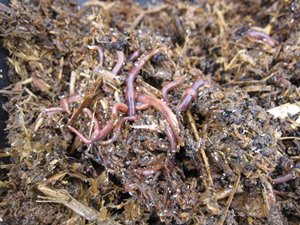 For the last 15-20 years I’ve been gradually moving towards a vermicomposting/vermiculture model and overall philosophy that’s a fair bit different than what you will normally read about in worm composting how-to guides.

One that’s far less focused on worms as isolated units – and far more focused on the entire vermicomposting ecosystem.

One that’s less about getting worms to “work” for us, and more about us helping them (along with the other key players).

This model/philosophy is what I’m now referring to as “Natural Worm Farming” (NWF) – but like all my different “names for things”, I’m urging you not to get overly attached to the words themselves.

I’ve decided to start using the term simply to help organize a collection of concepts/ideas/methods (written about here and elsewhere over the years) together in a somewhat-cohesive whole.

Also please don’t assume that if someone else is using (or has used) the same term, that it refers to the exact same thing – unless they are literally referencing something of mine.

You know the drill by now (hopefully) – it’s the same thing with “castings” and “manure” and any number of other worm farming terms. They don’t ever refer to just one thing – it’s the specifics and context that are always the key.

The Quick and Dirty Backtory…

Part of my NWF influence comes from being a lifelong nature nut, and then majoring in biology/ecology in school. I’ve spent a lot of time learning about and observing natural ecosystems and have always found them fascinating. 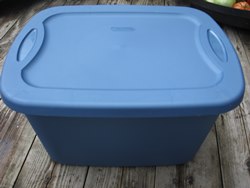 When I first got started with vermicomposting I followed the usual instructions:

But, like many other newbies, I ran into trouble quickly – restless, roaming worms, some of them dying, wastes piling up and stinking, population explosions of creatures other than composting worms etc.

I knew something was missing.

Via trial and error, I did figure out that more bedding, more air flow, less food (and better optimized food), and just mellowing out helped things to go a lot more smoothly, and resulted in a sort of “balance” over time…

…but (weirdly enough) it wasn’t until I started spending time digging around in old heaps of horse poop that I had my first major “ahah” moment. 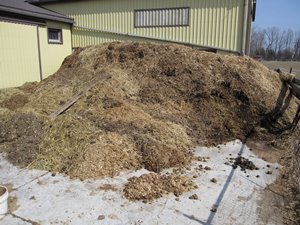 [This is not to say that ALL outdoor manure heaps have thriving populations of Red Worms – I’ve found plenty that don’t. They just seem to be widely distributed in her region]

This sort of unmanaged, outdoor heap is likely as close as you’re going to come to a “natural habitat” (at least a productive natural habitat) for Red Worms. Other than the usual actively managed vermicomposting systems we’re all familiar with, the only really-rich, thriving populations of Red Worms you are going to find in the “wild” are in deposits of organic wastes closely associated with human activity.

As a sidenote – this is a key part of why any sort of “Red Worms as invasive worms” argument is unfounded. Yes there are absolutely invasive earthworms species that can have a negative impact on natural ecosystems – no, Eisenia Red Worms are not one of them. They can survive in various natural ecosystems – but they aren’t going to thrive (and greatly alter) any of them.

Getting back to horse poop…

What I discovered was that these old heaps of manure were unlike anything I had seen in a managed system.

An incredible diversity of organisms (huge populations of many of them) – but all living in harmony and balance.

It quickly became apparent that I would be far better off trying to mimic these old heaps of manure (with my own systems) than relying on much of what I had read in the vermicomposting how-to literature. 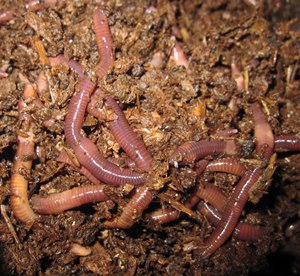 To this day, the Red Worm populations in some of these unmanaged old manure heaps have remained among the most productive of any I have ever encountered.

We could just as easily call NWF “The Manure Heap Model” of vermicomposting – that’s how important an influence these habitats have been for me. Looking back, it’s easy to see that all of this has had a major impact on the different directions I’ve headed with my own vermicomposting and vermiculture methods, and what I written and talked about online.

So, what’s the point here? How is NWF relevant for the average vermicomposter?

One of my big core goals is to motivate more people to really learn about – and develop a deep respect for – the biology/ecology at work in their vermicomposting systems. It’s as simple as that. Getting to know the different organisms involved – their natural history, their roles, and what their absence/presence/abundance can tell us about things are going – is a big step in the right direction.

The entrenched worm-centric stance that’s been the go-to model for years is limiting at best – but ineffective or downright harmful when you go too far with it.

It’s important to emphasize that this isn’t about any sort of ego trip, bragging rights or shiny red honor badge. There won’t be an expensive NWF certification program.

I’ll be the first the voice dismay about how the term “natural” (“nature” etc) has been exploited, twisted and abused over the years in the name of marketing. And I certainly don’t have any plans to add to this!

In some ways NWF is almost the opposite. Like nature itself, it’s meant to be humble and flexible.

–> It’s about developing a better understanding, and deeper respect/appreciation for the natural processes at work.

–> It’s about helping these processes, but also stepping back a bit more and allowing them to operate without micro-management.

–> It’s about using more natural and “living” materials to augment our efforts – but this doesn’t mean we can’t use “normal” materials and methods too.

I’m in no way suggesting that everyone needs to drop what they are doing and adopt a completely “natural” approach (whatever that even means) – not at all!

Like I said, I’ve been writing/talking about all of this – without giving it an official name – for many years now. Cherry picking individual strategies (eg Living Material, Homemade Manure) that resonate with you is – and has always been – a great place to start!

I simply saw the value in finally tying everything together – and think it will provide a good foundation for where I’ll be heading from here!

As always, your thoughts, questions, concerns (lol) are more than welcome.

Stay tuned for explorations of other related topics soon!
😎