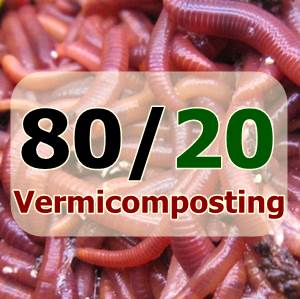 In 1896, an Italian economist named Vilfredo Pareto published a paper demonstrating that about 80% of the land was owned by 20% of the population in Italy. This concept eventually evolved into what we now known as the “Pareto Principle” or the “80/20 Rule”.

This 80/20 ratio has been found to (at least roughly) apply to countless different areas of business, life, and the natural world.

See where I am going with this?

That being said, don’t get hung up on the exact proportions – the key thing to remember is that…

Most of your vermicomposting success comes from mastering relatively few principles/methods. Said another way, it’s really only a handful of factors that have the greatest impact on the effectiveness on the vermicomposting process.

At the heart of our “vermicomposting engine” are the composting worms and the aerobic microorganisms that are so critical for helping to make things happen. So rule number one of 80/20 Vermicomposting is to absolutely make sure you are always doing your best to serve the needs of the worms and the microbes.

If you want to obsess about something, obsess about meeting the needs of your worms and obsess about avoiding the stuff that can harm or kill them!(from here on out any time I say “worms” it can be assumed that includes the beneficial aerobic microbes as well)

I am constantly amazed by the number of people who seem to forget there are worms involved at all – let alone take the time to really understand their needs!

I think this is a good time to introduce what I refer to as the “THRIVE/ALIVE Spectrum”. I originally came up with this concept to as a way for people to remember the temperature ranges needed in order to keep composting worms ALIVE, and the even-narrower range at which they will THRIVE. But, I feel it is useful for just about anything relating to caring for our worms, and the vermicomposting process in general.

For your viewing pleasure, I’ve included a super-fancy (lol) diagram – drawn on an old shipping notice – to illustrate the concept. If you want to see a bigger version just click the image (but not the “Pin it” button) 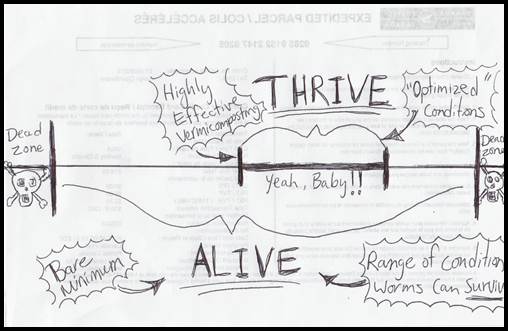 You don’t talk about 80/20 Vermicomposting…

Rule #1 is that you should do your best to serve the needs of the worms and microbes.

No worms. No vermicomposting. It’s as simple as that.

But I think it’s safe to say that most of us want more from vermicomposting than to simply keep a bunch of worms alive!

“Optimization” is yet another concept I started writing/talking about in reference to one specific thing – optimizing food materials – but like the THRIVE/ALIVE concept, it can be applied to pretty well everything.

Optimization simply means providing the worms with the materials and conditions they need to THRIVE.

I know a lot of people tend to associate “optimization” with “lots of time/effort” or “hassle” – but it doesn’t need to be that way.

The more variables you can control, the easier it’s going be (so yes, those of you who need to vermicompost outdoors will have a more challenging time keeping things optimized), but there are still lots of ways to ‘always be optimizing’, without spending all your time fussing and fiddling! 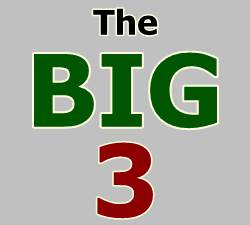 If you are a worm farming professional (or at least a seasoned veteran) already, you likely march to the beat of a different drum and already know what things you really need to zone in on.

But for everyone else, (especially those who are fairly new to vermicomposting), getting these 3 things right can virtually guarantee your success!

Let’s look at each in a bit more detail

Composting worms need moist conditions to thrive. They actually love it really wet…but the problem is that they also require oxygen (and naturally, so do the aerobic microbes that are so vital to the process). Water only holds about 10% of the oxygen of air…at the best of times (when it is cold, clean, and vigorously aerated).

Water that’s loaded with organic compounds and microbes – often quite warm – won’t be able to hold much oxygen in comparison, so the gas will need to be constantly replenished – otherwise anaerobic conditions will set in.

As an 80/20 vermicomposter (someone who wants to help the worms THRIVE), the trick is to provide the worms with the best of both worlds as much as possible. Moist-yet-well-oxygenated conditions can make a huge difference in terms of helping to guarantee our success. 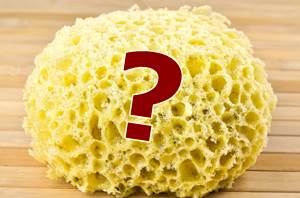 People in composting circles often talk about moisture levels in the range of “wrung-out sponge”, and these recommendations have found their way into the vermicomposting world as well.

In some ways I am happy about this – since I would much rather see a new vermicomposter end up with a slighly “too dry” system than a sloppy, swampy system – but the worms themselves would likely prefer higher moisture levels.

Luckily, we don’t really need fancy equipment to measure the Aeration/Moisture Balance – a pretty basic look, feel, and smell test should tell us if we’re on the right track. If it looks and feels pretty moist, smells earthy (or there isn’t much of a smell), and the worms seem healthy and active, we are on the right track.

NOTE: Depending on the types of foods you add (regardless of whether they are optimized or not), there are almost certainly going to be times when you get some funky wafts coming up from the system. Cruciferous vegetables, for example, produce smelly sulfer compounds that get released as they break down. Aside from that – there are almost always going to be some anaerobic zones. The good news is that when you optimize materials and conditions, these types of smells (if they occur at all) tend to be very short-lived.

If everything looks really wet (probably don’t even need to feel it in this case), and there are foul smells coming from the system (worms themselves may or may not be in distress, depending on the nature of the situation), it means you should add a bunch of dry absorbent bedding and increase air flow (likely a lot).

This can be closely related to the Aeration/Moisture Balance – and in fact, all of the “BIG 3” are intertwined, having a potentially-major impact on one another in different situations.

In my experience, new vermicomposters tend to obsess a LOT more about worm “food” than worm “habitat”. I think just about every newbie worm bin I’ve looked at has been woefully “under-bedded” (yep, I think I just made that term up).

Yes there are some (seemingly magical) situations where food and bedding become ONE, in true zen-like fashion (eg. aged bedded manure), but most of the time they should be treated as separate components that need to be balanced.

It’s important to note that the Food/Habitat Balance can mean different things at different times during the vermicomposting timeline. Early on, I would urge you to put most of your focus on stable, carbon-rich – ideally bulky and absorbent – bedding materials, with a much smaller emphasis on food. As the process progresses (now that there is lots of bedding already in there and it’s fairly slow to break down), it’s time to put more emphasis on (hopefully optimized) feeding since you’ve already established a safe habitat.

On the tail end of the process (as we wind down towards harvesting) it tends to be more about letting the worms work through as much of the remaining (unprocessed) material as they can. The habitat quality (and overall balance) should still be good, simply because you’ve taken good care of the system all the way along.

Both food and bedding are technically food.
(I’ll let you chew on that one for a minute – haha)

One just takes a fair bit longer to get processed (and also happens to offer much better habitat value). If you think about it in terms of “reactivity” or “stability”, the materials we usually think of as foods tend to be quite reactive/unstable – they can start to decompose relatively quickly, and during the decomposition process can release liquids and gases that can potentially harm the worms.

I realize that probably sounds more like a chemistry lesson than vermicomposting – lol – but hopefully you at least see what I am getting at!

If there is one factor that is unbelievably-important-yet-so-many-people-seem-to-ignore…it would have to be temperature!

Give or take…and yes there are legendary cases of extreme heat/cold tolerance floating around the interwebs. But they are still good guidelines (and they are backed by academic research)

I am constantly amazed by the number of emails I get from people wondering why their worms “aren’t eating anything”, or why it is “taking so long” for anything to happen (in the bin sitting out in an uheated garage in February) etc etc…and on the flipside, from people wondering why their worms are all dead, after they put them outside…in a plastic bin…in direct sunlight…in 100 F weather!

Ok ok – I am going a little overboard here…but there definitely seems to be a lot of misunderstanding, or hoping-for-the-best attitudes, when it comes to temperature!

Vermicomposting outdoors – as amazing and productive as it can be, is obviously going to create some temperature challenges for even the most experienced among us. So rest assured, I completely understand that this isn’t always something we can get “perfect”. Heck, there may even be times/places where vermicomposting outside is flat-out impossible (perhaps a good time to remind people about my recent “Insurance Bin” article).

Apart from climate-related heat (ambient heat), microbial heating can be another one to watch for (and can be a real thorn in your side if you are already trying to deal with hot air temps). The silver-lining associated with that one is that it can actually be really helpful once ambient temps fall into the cool-to-cold range.

So that’s the BIG 3 in a nutshell. If you can get a good handle on theses three areas, vermicomposting will start to feel a lot “easier”, and you’ll likely stop obsessing about a million other little things.

Any time you assess your systems, try to get into the habit of asking yourself:

80/20 Vermicomposting is really about getting the right things right!

Save time/effort. Get better results. It’s as simple as that.

Is this a topic that could be fleshed out a LOT more in order to gain a full understanding of it? You betcha!
😉

SO…if you found this article interesting, please make sure you are signed up for the Red Worm Composting Newsletter, where I will be sharing info/updates relating to this topic, and a whole lot more!