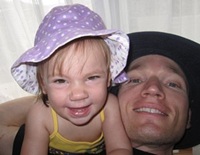 For those of you who don’t know me, my name is Bentley (“Compost Guy”) Christie and I’ve been a crazed worm composting fanatic (or “vermiholic” if you prefer) for nearly 20 yrs now. I started this website back in 2007 with the simple intention of sharing my passion with the world. So far so good! Things have certainly progressed since the early days, though, and the website has provided me with an amazing opportunity to get to know a LOT of other “worm heads” from across North America and around the world!

END_OF_DOCUMENT_TOKEN_TO_BE_REPLACED

WFA vs CGU vs EWB?

People who become really interested in vermicomposting and/or vermiculture will often catch wind of different paid courses and memberships available to help them take things to the next level. Trying to figure out how exactly these resources differ from one another, and who exactly they are designed for can sometimes be challenging.

I decided to create this post to help clarify the difference between 3 such resources: 1) The Worm Farming Alliance (WFA), 2) Compost Guy “Ultimate” (CGU), and 3) Elite Worm Breeding (EWB).

I’m sure some casual readers will benefit from this information – but I’ll admit that a big part of why I created this post was to have a resource I can refer people to when I get emails asking about these differences! 😉

END_OF_DOCUMENT_TOKEN_TO_BE_REPLACED

I seem to be in a bit of a “reader questions” mode lately! lol

Here are some from George (will include my response below each):

1) I have a 20-pound bag of birdseed that the birds don’t seem to like. (The chipmunks and skunk are very happy!). I’m thinking of mixing the seeds into my worm bin (not all at once). I’m not worried about green lush growth because, without sunlight, any sprouts are doomed. I don’t expect so much green that I start a thermal compost cycle, so other than green sprouts and slower breakdown of seed husks, can you see any downside? Do you think I would be better served to grind the seeds in my blender? It would eliminate the sprouts and hasten breakdown, but it’s more work and then there’s the emotional effort of explaining it to my wife.

This is an interesting question! I would probably lean more towards letting them sprout. Not only is it easier just to toss them in (than grinding), but it might even be a superior way to END_OF_DOCUMENT_TOKEN_TO_BE_REPLACED

What to Do When You Have “Too Many” Worms

Another question, somewhat related to the last one I responded to here on blog):

I have way too many red worms in my Worm Factory 360. If I cannot find someone who wants them, will they survive if I put them out in my garden, or out in the woods somewhere?

For starters the idea of “way too many” worms is an interesting one. Generally speaking, a worm population will self-regulate, based on resources and available space. You certainly wouldn’t end up with so many that they basically just start overflowing out of the system (for example).

That being said, it’s never a bad idea to thin out the “herd” a bit, especially if it gives you more room for adding fresh bedding etc!

Starting new systems is a great way to ramp things up even further, if you have the space and interest in doing so. And as I told this person in my e-mail reply, this doesn’t necessarily mean END_OF_DOCUMENT_TOKEN_TO_BE_REPLACED

The following excerpt is from an e-mail someone recently sent in:

I have a 5 acre property and would like to enrich my soil by putting more earthworms on the soil.

This person wanted to discuss the matter further via phone and – I assume – buy the quantity of composting worms I recommended for the job. Unfortunately, there are more than a few worm suppliers out there who would happily sell to these types of people (even some who promote the adding-composting-worms-to-soil idea on their websites).

Let’s start with my response – and I will elaborate from there: END_OF_DOCUMENT_TOKEN_TO_BE_REPLACED

It has been nearly a year and a half since I wrote about one of my own Urban Worm bags (a failed cat waste vermicomposting system). The details are a bit hazy now, but a new project direction didn’t end up materializing and I’m pretty sure the UWB was taken down completely last spring or summer.

So, it’s safe to say that getting back in the saddle with a new UWB project is long overdue!

One thing I’ve been wanting to test is the use of European Nightcrawlers in an Urban Worm Bag. I’ve tried them previously in a Worm Inn, and they seemed to mostly stay down in the bottom – and my attempt at keeping them in a VermBin48 resulted in most of them migrating down onto my basement floor.

Based on the size of the UWB and how well it retains moisture I’m a bit more optimistic about my chances of success – but whatever happens, it should be interesting!

Last week I got the ball (slowly) rolling over at my dad’s place. This is where I keep END_OF_DOCUMENT_TOKEN_TO_BE_REPLACED 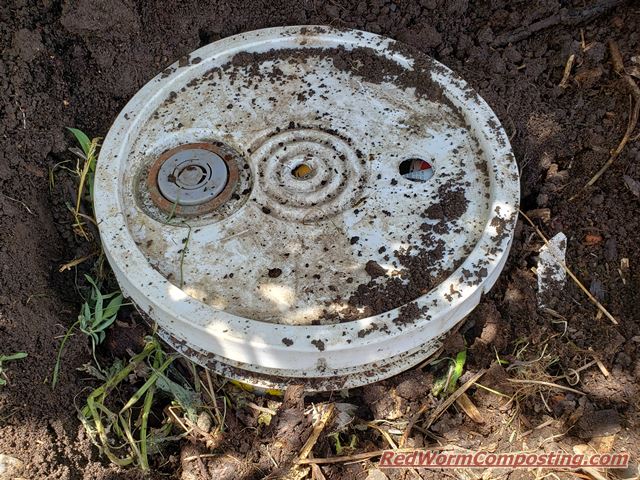 As much as I love my “trench worm bins“, I realize a lot of people are looking for outdoor vermicomposting projects that are easier and to get up and running.

Even something like a buried plastic garbage can be pretty cumbersome, as I learned with my Vermi-Fertilization & Watering System.

The good news is that a bucket with some holes drilled in it is really all you need. Back in early June I decided to set one up to see how well it worked. I wanted to get it up and running as quickly as humanly possible – so I did cut some corners. (SPOILER ALERT: Everything has END_OF_DOCUMENT_TOKEN_TO_BE_REPLACED 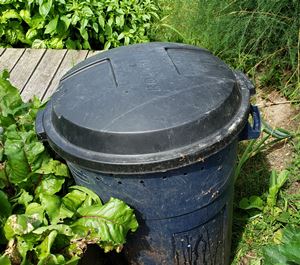 The topic of “homemade manure” is something I’ve written about quite a few times here on the blog (and elsewhere) over the years. I’ve grown to appreciate the concept even more in 2020, since it’s been even more important to be resourceful (especially early in the season).

I can’t even remember how long it’s been since I last had a source of farmyard manure, and our own supply of compostable kitchen scraps always become a precious commodity as the season progresses and my worm herds grow.

If you are new to “homemade manure” (HMM), the basic idea is that we are taking readily available (for the average homeowner) materials and creating a manure substitute that composting worms love.

Here is an equation that helps to explain: END_OF_DOCUMENT_TOKEN_TO_BE_REPLACED