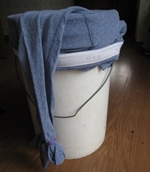 It’s been a little over a month since my last “Breathable Bucket Bin” update.

In that blog post I mentioned my decision to try and “push my luck” by adding a bunch more food to the system. Since then, I have basically just left everything alone.

Today, I decided it was finally time to take a look and – more interestingly – dump everything out to see what’s been going on down below!

Right off the bat, it was pretty clear that the overall level in the bin had dropped a fair bit. 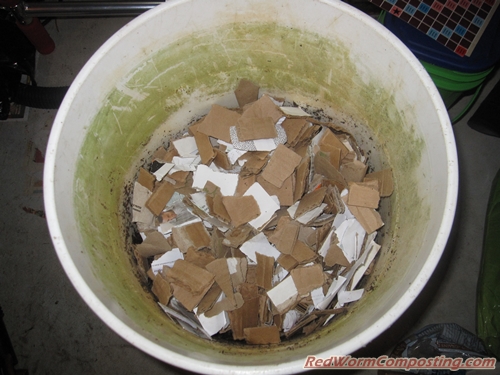 But based on the weight and just the “feel” of it, I was pretty sure there was still a fair amount of moisture down below.

My hunch was confirmed once I dumped the contents into an open tub. As is often the case with typical plastic enclosed worm bins (basic tubs, not stacking tray systems), the bedding etc at the bottom of the bucket was saturated and looked as though it had undergone little in the way of decomposition. There was also an obvious “swamp gas” sort of smell. Clearly some anaerobic stuff going on down there.

But nothing too crazy – since I still found plenty of worms down in that zone (so, different from the sort of anaerobic activity I wrote about in my last blog post). 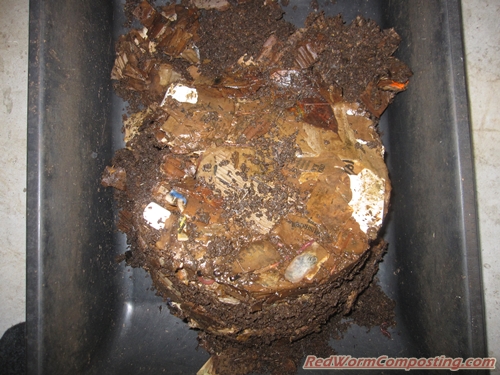 All in all, I wasn’t overly “wowed” by their abundance. I was definitely expecting to see higher densities of them. I found quite a few big healthy Euros, but I don’t think the population is growing as fast as it would in a typical tub system. 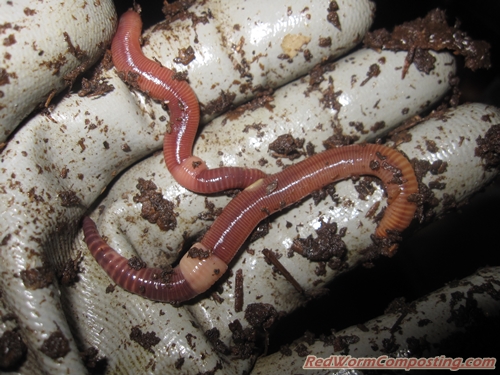 I’ve decided to leave to system to sit for at least another month or two. To help combat the anaerobic situation down at the bottom, I simply added all the dry bedding (that was previously sitting up top) first, before adding the rest of the contents.

All in all, I am a little less enthused about this type of system – at least when using kitchen scraps as “food”. Even when it is completely open (the long johns certainly aren’t keeping much moisture in I don’t think) it can get swampy down at the bottom – definitely wouldn’t be the case with an open plastic tub system.

If using drier food materials like manure, worm chow etc, I could see how these buckets might work well. I DO like the fact that they don’t take up much room!

Anyway – we shall see how things progress over the next couple of months!

Hamster Bedding in a Worm Bin?

Aging Food Waste “Too Much”?