It’s been more than two weeks since I added the worms (3 adult Red Worms + 3 adult European Nightcrawlers) to the new “Euros vs Reds” bin. Yesterday I decided to check on things and to add some food.

This was actually my second time checking on the bin. The first time was less than a week after I added the worms – I basically just wanted to make sure they were all ok. I was able to find all of them at that time, so I felt better about leaving them alone for awhile.

Yesterday I wasn’t able to find all the worms (more on that in a minute), but I did see two cocoons – one from each species. I have little doubt that there are more in there that I didn’t see, but my aim wasn’t to do a formal count. I just wanted to determine whether or not they were starting to lay cocoons 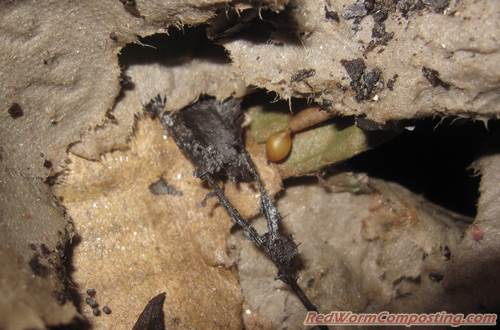 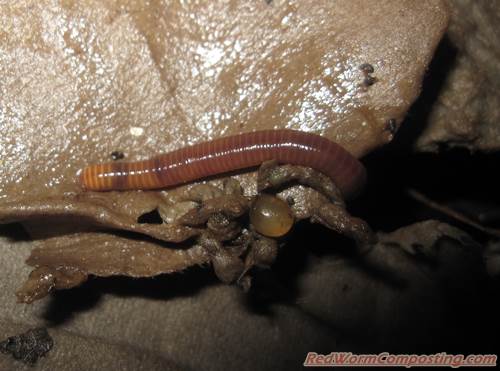 I’m not overly concerned about the worms. It was two of the three Red Worms that seemed to be missing. Given how much smaller they are than the Euros I’m not very surprised at all. I’ll be sure to do a more thorough search the next time around, but for now I’ll just assume they are fine.

Nothing too crazy to report on the feeding front. All I did was add some kitchen scraps straight from one of my scrap-holder bags – I didn’t bother to weigh them out. 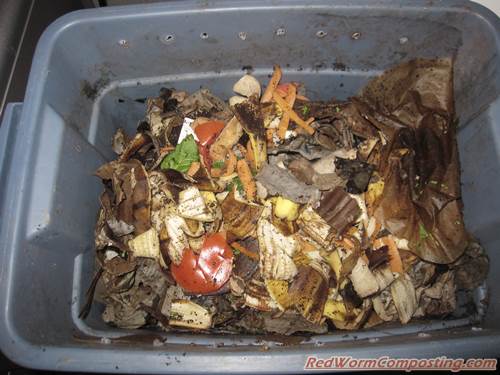 I’m primarily focused on population growth, so while I do want to keep the worms well-fed, I’m not interested in measuring actual processing rates.

I’ll be very interested to see how things are coming along in a few weeks.
Stay tuned!
8)