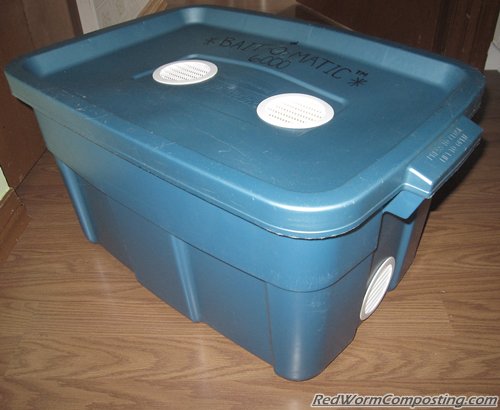 It has been a long time in coming, but I’m pleased to announce that my second “Four Worm Reproduction Experiment” is finally underway – well at least partially anyway! Yesterday I got the bin set up and ready for the aging period, which I have decided will be 1-2 weeks for this particular system.

As you can tell from the image above (and likely remember from my recent mentions of this experiment) I have decided to test out the new BOM-6000 worm composting bin – so it’s kinda like a kill-two-birds-with-one-stone opportunity, which is cool!

The set up of the system was very similar to that shown in my various worm-bin-set-up videos. Basically, I added a LOT of shredded cardboard plus a LOT of food waste, then moistened everything down a bit before closing it up. 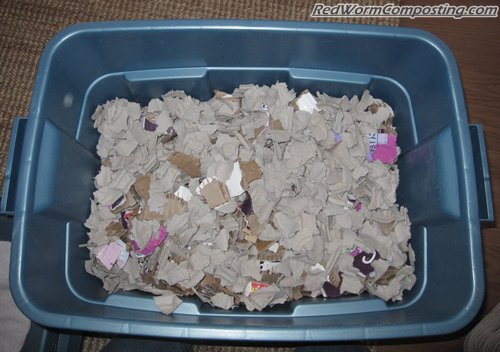 I stuck with my old favorites – corrugated cardboard and drink tray cardboard primarily – but also added some toilet paper roll cardboard (the official name of course!) and some brown paper. 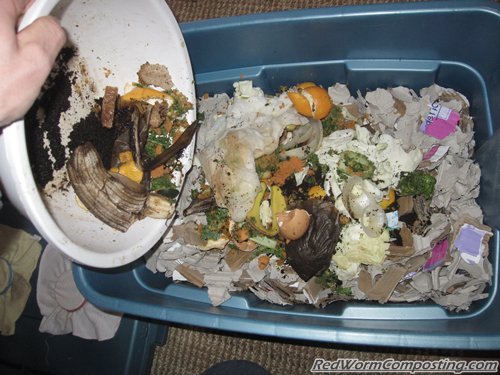 I didn’t weigh the food waste I added but I might estimate it as 3-5 lb worth of fairly regular household stuff – coffee grounds and filters, fruit/veggie peels and scraps, egg shells etc. Nothing out of the ordinary. 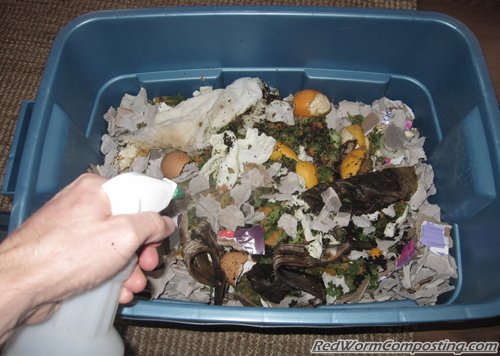 I didn’t put too much effort into the moistening process – basically just added enough to help out a little. The food waste itself will contribute a lot more moisture as it starts to break down. Next week at some point I will definitely open up the bin, mix everything up and likely spray everything down again. More shredded cardboard will likely be added at that time as well. 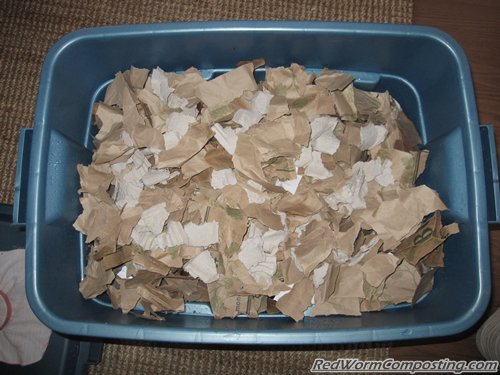 Everything was covered with a fairly thin layer of dry bedding materials. No real earth-shattering rationale here – just something I tend to do!

I made sure to activate (haha) my “Dipteran Defence System” due to my recent run-in with fruit flies (happy to report that they are gone) and fungus gnats (happy to report they are greatly reduced in numbers)! I was all out of pantyhose…er…I mean my wife doesn’t have any available for me to steal, so I ended up using some old baby cloths on the upper vents. 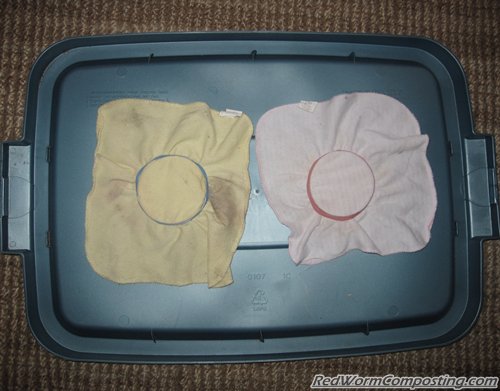 It will be interesting to compare the two types of vent screens (still have pantyhose on the lower vents) to see how they stack up against one another. I suspect that the cloth ones will gradually rot over time.

Speaking of the screens, I am a little concerned about the lower ones. Something I didn’t think about was the possibility of them becoming dislodged due to digging around and mixing. We shall see what happens!

Anyway – that’s pretty much it!
I am definitely excited about this – and can’t wait till we actually add the worms!