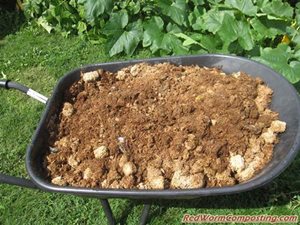 The last time I wrote about “homemade manure” (HMM) was nearly 6 years ago. Crazy. At the time I had recently made a mix using wood stove pellets, alfalfa cubes and chopped up zucchinis.

It was a great batch of HMM – and even more memorable when it ended up infested with stable fly larvae (think biting housefly), leading to good times once a lot of the mix had been moved indoors.

[I seem to recall wearing a hoodie and carrying a rolled up newspaper every time I went down to the basement for a while after that. lol]

While I may not have written much on the topic in recent years, the homemade manure concept has still remained an important part of my vermicomposting/vermiculture activities, and something I’ve continued to recommend to others.

In case you are new to the term – the basic idea is that you can create your own quality food/habitat mixes – offering similar benefits as real manures – using 3 basic components: 1) “food”, 2) “bedding”, 3) “living material”.

The ideal ratio of each will depend on what you are trying to do, but bedding and/or the “living” component should typically make up at least half the total volume for best results.

As is the case with actual manures, the term “homemade manure” doesn’t refer to ONE thing – there are literally infinite possibilities.

Earlier in the week I thought it would be fun to put some old stove pellets and chick starter feed to good use by creating a new HMM “recipe”.

I started by adding 6 yogurt tubs of the pellets… 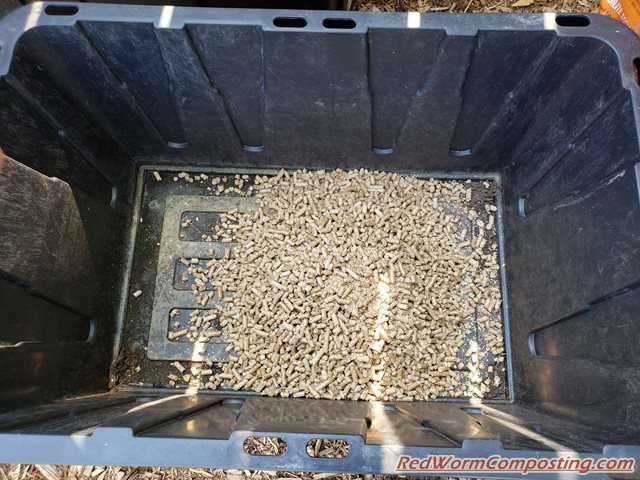 …then 2 of the chick starter (so 3:1 ratio for those two components). 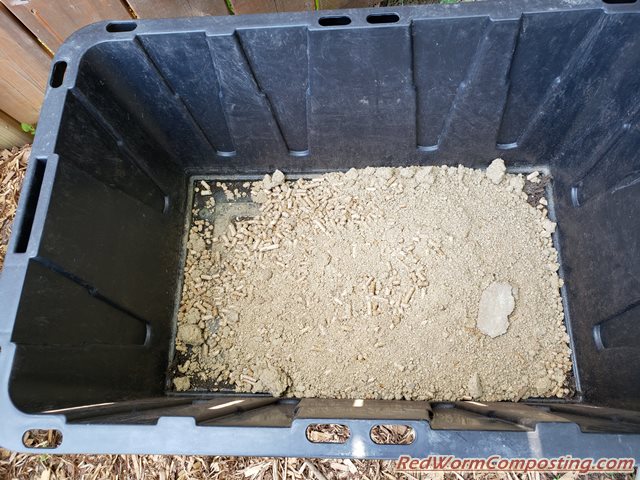 Next I staturated the mix with plenty of rain water and mixed well. 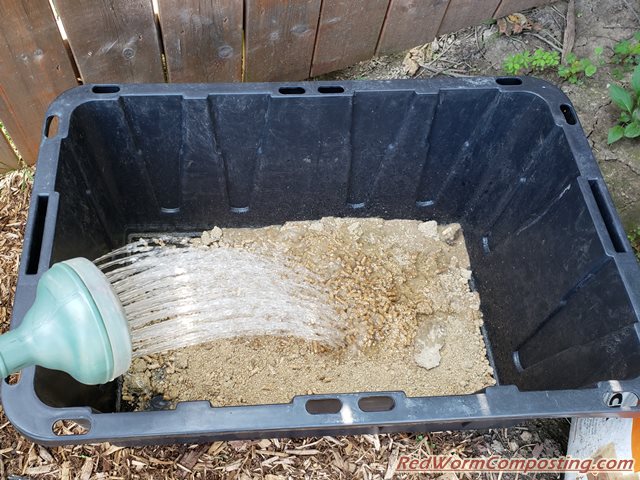 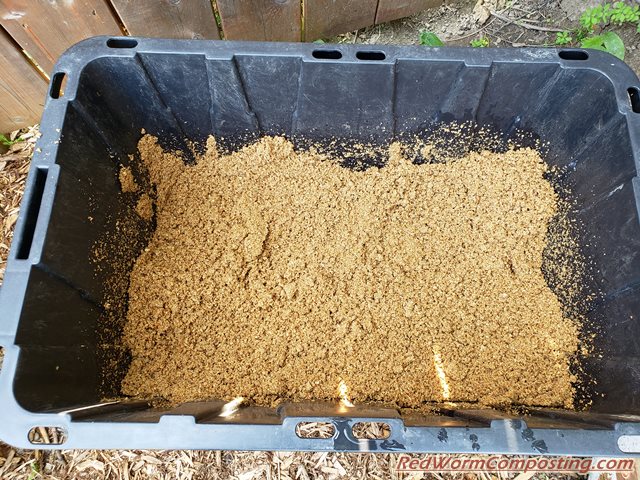 The plan was to create more of a “food”-grade mix, so I boosted the nutrition even further with some chopped up comfrey. 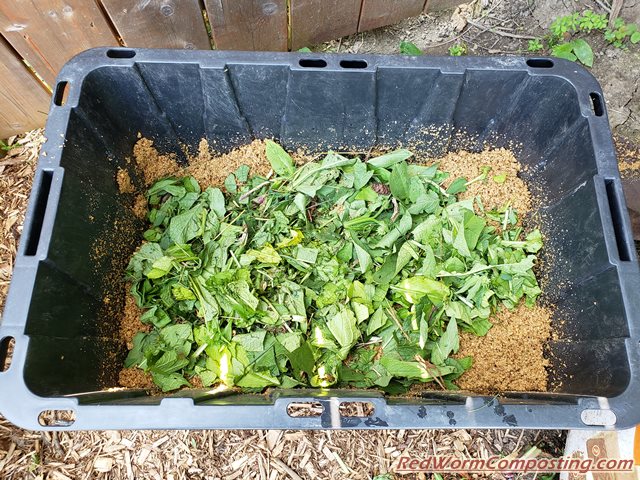 Everything was mixed thoroughly and then split between two smaller bins. Moisture levels were still slightly below where I wanted them so I added a sprinkle more of the rainwater as well. 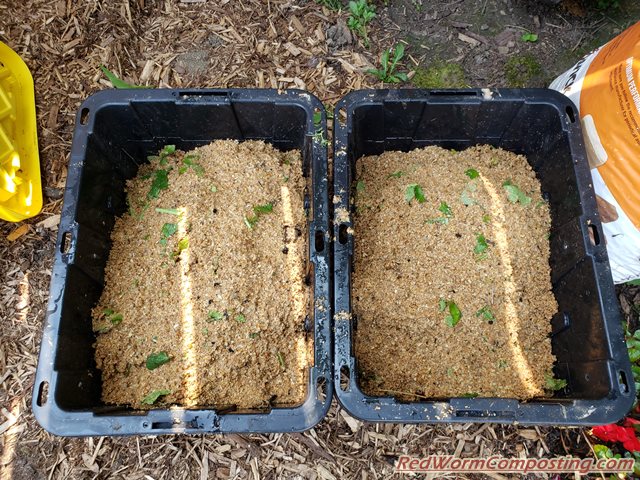 As for “living material” – these small bins had previously been used for growing worms so there was more than enough residual material to at least inoculate the HMM. I definitely would have added more than this had the mix been intended for use as a habitat material, but in this case it should work well.

As my earlier stable fly story should illustrate, one of the KEY things you need to watch out for with these mixes is critter invasion – especially annoying winged pests like gnats, fruit flies and scuttle flies. The greater the food value, the greater potential for hassles.

In fact – as careful as I thought I was being with this new batch (making it quickly and bringing indoors), it looks like flying pests have somehow found the mix already! In an effort to avoid having them overrun the HMM right out of the starting gates, I will be putting each of the small bins in my deep freezer for a few days. Bare minimum, this should at least ensure that they get started with a clean slate.

NOTE: this is really only an issue if you are planning to use the HMM for indoor systems. If the material is being used outdoors the only (minor) negative is that the invaders will be stealing some of the nutritional value that was intended for your worms.

I will likely let the material “brew” for a week or so (including the freezer time) before testing it as a worm food.