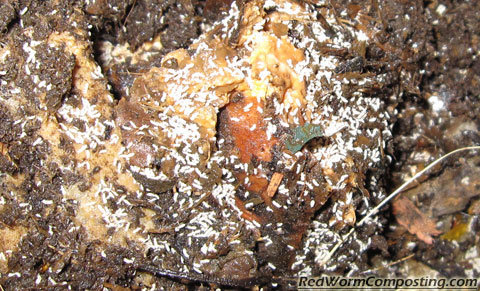 Hoards of springtails coating the surface of a rotting sweet potato

A couple of weeks ago I wrote a blog post outlining my hair-brained plan to try and ‘over feed’ some of my indoor worm bins. Later that same day I added close to 30 lb of rotting food waste to various systems in my basement – with certain bins (and ‘Inns’ – haha) receiving the vast majority of the material.

What I didn’t mention was the fact that I was leaving the next day for a bit of a mini vacation up north – a trip that would keep me away from home for almost a week (you may have noticed that there were no new blog posts during that time). If I had been using enclosed plastic ‘worm bins’ I likely would have been worried about what I might find when I got home, but I ended up leaving with nary a concern.

As I explained in my first over-feeding post, I only use open systems now, after discovering how much easier they are to manage – so I felt pretty confident that the increased aeration of the systems and the well-established worm ‘habitat’ would help to prevent any major disasters from occurring.

I must admit, I’m almost a little embarassed by how BORING the results seem to be ! haha
Apart from the odd mortality in the one bin that received the most waste (along with too much water, I might add), the results seem to be very positive across the board. A lot of the materials have disappeared or are at least unrecognizable, and the worm concentrations up near the surface seem to have increased.

I expected to see increases in ‘critter’ populations. Other than an apparent increase in springtail numbers (I think so anyway – there were a lot of them already in the systems), there didn’t seem to be any obvious population explosions. I suspect that if the bins had lids on them I would have ended up with a lot more mites and white worms.

I have noticed some funky smells – but again, it only seems to be in the bin that received the largest quantity of waste materials, and too much water. Undoubtedly, there were (and are) some anaerobic microsites, even with the ample air flow.

Anyway, I know this wasn’t the most exciting ‘challenge’ of all time, but hopefully it will at least hammer home the importance of a good ‘habitat’ and lots of (passive) aeration!

Now, I need to come up with something a little more interesting to test!
8) 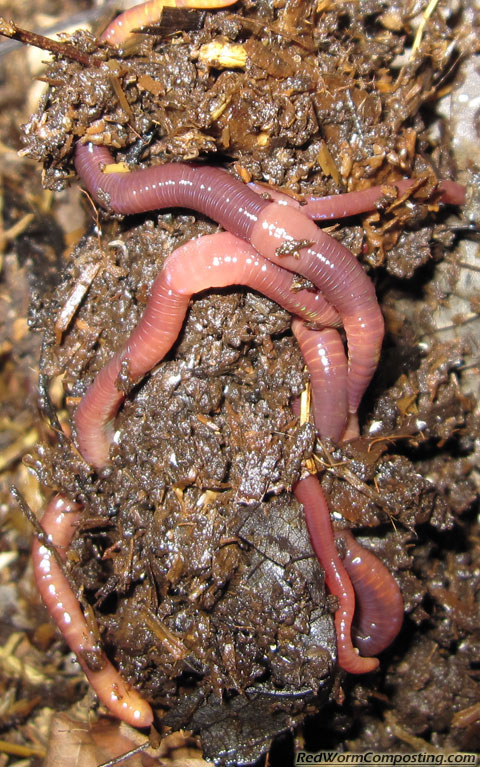 What to do with a mature vermicomposting system