Earlier in the week I wrote about my plans to keep a population of European Nightcrawlers (Eisenia hortensis) in a plastic stacking worm bin – specifically, my Worm Factory 360 (see “Can Euros Thrive in a Stacking System?“). Yesterday I got everything set up, and even added the worms (more on that in a minute), so we are officially off to the races.

The first step of my set-up process involved laying quite a few layers of newsprint over top of the grate bottom in the first tray. I’m even more paranoid about Euros crawling down into the reservoir than I was with the Red Worms (used last time I set up the WF-360), so this was a no-brainer. 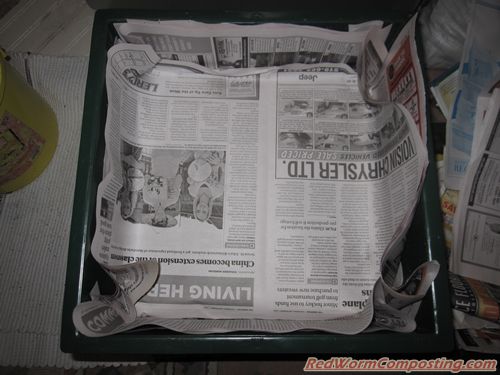 Next, I basically filled the tray with damp shredded cardboard… 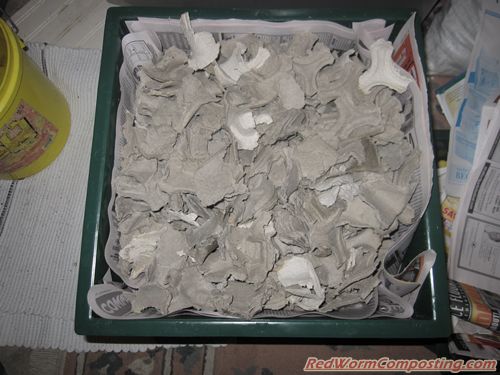 …and mixed in ~ 2 lb of chopped food waste (previously frozen then thawed), before moistening everything some more. 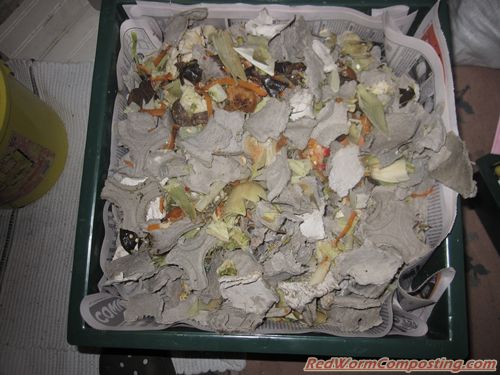 As mentioned above, rather than leaving the bin to sit for my typical “aging period”, I decided to add the Euros right away. For one thing, the food waste won’t take long to start breaking down given the fact that that it was optimized (frozen/thawed/chopped up) before being added – plus, I added a lot of their old habitat material (i.e. taken from the bin the Euros came from), so that will certainly help the new bin to seem more familiar.

As is often the case with my projects, I didn’t add any specific number (weight etc) of worms – I simply added a lot of wormy material. I saw some cocoons as well, so my feeling is that there is plenty of “Euro potential” in this first tray. 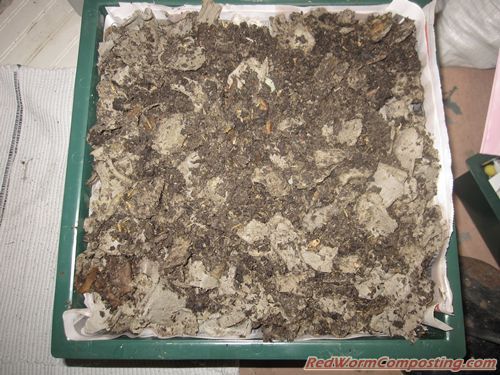 Something I’ve noticed with Euros (especially the larger adults) is that they seem to be more sensitive to disturbance than Red Worms. Virtually every time I dig around in one of my Euro bins, I end up with at least a few of the larger worms crawling up the sides, and even sometimes attempting to escape.

This was definitely the case with some of the worms transferred over to the new system. Even with a bright light positioned directly over top of the open bin, I had to keep a watchful eye just to make sure I didn’t end up with any escapees. The good news is that they did seem to calm down before long, and subsequent checks on the bin (and surrounding area) were uneventful. 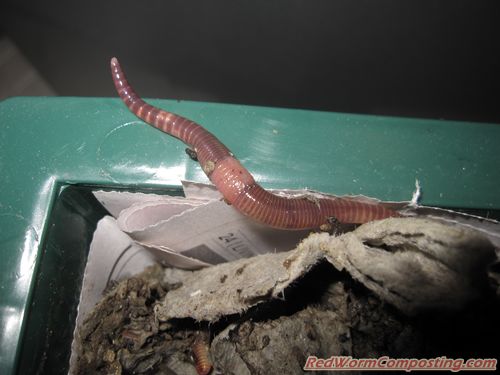 I took a peek this afternoon, and it looks like they’ve settled in nicely. Other than a few worms being up near the surface (quickly moving down when I lifted the lid) they all seemed to be somewhere down below. I quickly checked the reservoir just in case, and was happy to find no worms down there either.

It should be really interesting to see how things progress from here. I’ll likely let the worms mellow out for at least a week or so since there is plenty of food in the bin right now, but will certainly let you know if anything interesting happens in the meantime!
8)

Can Euros Thrive in a Stacking System?