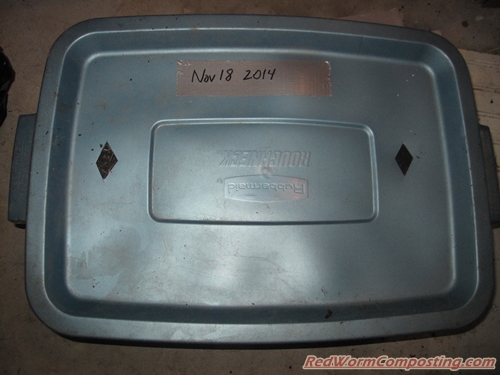 Several observations from my years of vermicomposting:

1) Plastic tub systems, when set up properly with plenty of bedding – and when a few key requirements (see below) are met – can handle a LOT of neglect! Far more than a “fancy schmancy” Worm Inn or VermBin, in fact!

3) Aged horse manure (prime example of a “living material”) left-over after harvesting worms – i.e. material containing plenty of cocoons and baby worms – seems to spring “back to life” quite quickly.

With these three tidbits of “wisdom” in mind, I decided to try a new experiment. In essence I am testing out “batch” vermicomposting instead of my typical “continuous” approach. I want to see what happens when I set up bins with lots of bedding, lots of food waste, and lots of inoculated (with baby worms and cocoons) aged manure – and then just leave it alone for at least 6-8 weeks.

1) Right Temperature Range – if the temps in the bin stay between 32 and 90 F (60-80 F for best results) there shouldn’t be any temperature-induced worm death (assuming Red Worms or Euros here).

2) Adequate Moisture – as long as the system isn’t one that will completely dry out when neglected for extended periods (such as the aforementioned “fancy schmancy” ones), and it starts out quite moist it should meet the needs of the worms.

3) Adequate Oxygen – “moist yet well oxygenated” is what you should always be aiming for. As long as the system has some ventilation (but not so much that everything dries out) you should be fine. Something that will also help with this is…

4) Plenty of Bedding – This was included as part of the “properly set up” assumption, but it’s worth repeating. It’s tough to go wrong with a moist, oxygenated system containing loads of bedding, that stays in an ideal temperature range.

NOTE: While adding some “food” early on is very helpful (and thus highly recommended) – contrary to popular belief, the worms will not “starve” if the bin is then left alone for weeks on end (again, the key is to make sure there is plenty of bedding – ideally some form of paper product like shredded cardboard or newsprint).

Earlier this week I set up two experimental “passive” bins.

The first thing I did was add a really thick layer of shredded cardboard/paper/newsprint at the bottom. 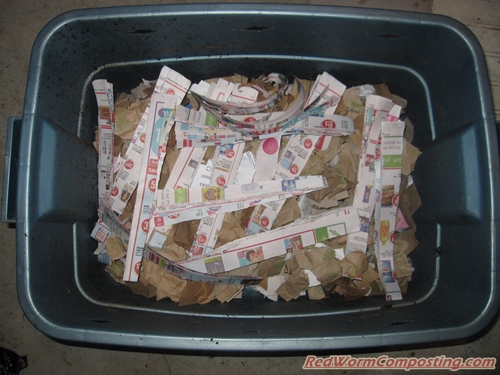 I then added a thin layer of (inoculated) aged horse manure. 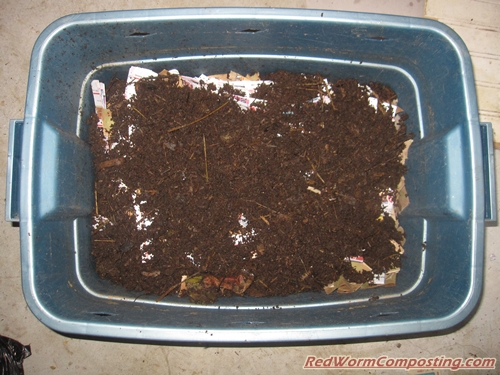 Next, I dumped in a large quantity of frozen-then-thawed kitchen scraps (a fair amount more in one of the two bins, so I could see how they compared). 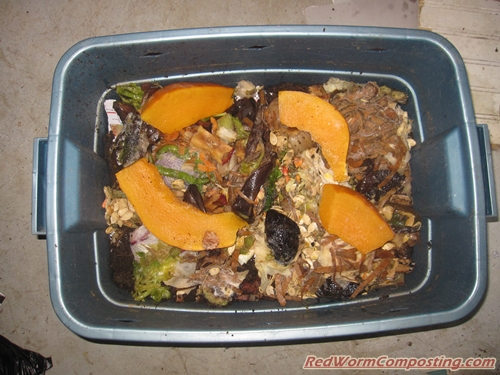 Then another thin layer of bedding. 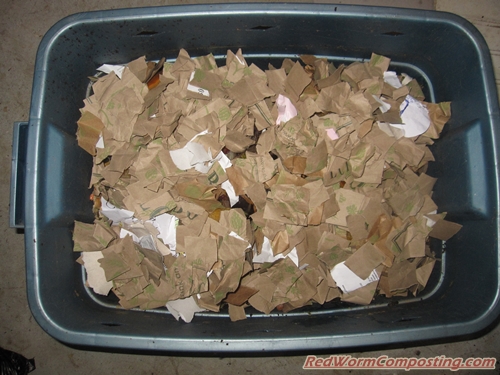 The final layer was a very thick layer of the aged manure. I made an effort to include some fresher manure near the top as well (probably would have added a full layer had I had access to more of it, since it should serve as an important food source later on). 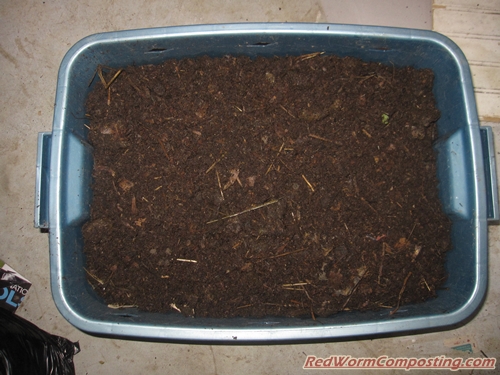 In one of the bins (the one with more food added) I also added some layers of newsprint over top before putting on the lid. 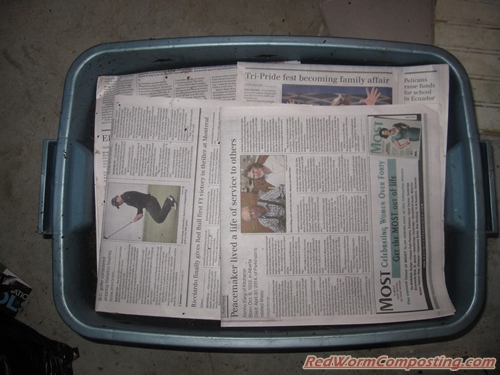 Lastly, I stuck a piece of duct tape, with the date written on it, on the lid (see first image).

Referring back to my “Will a Red Worm Population Double in 3 Months?” post, I feel pretty optimistic that these bins will be crawling with worms by the time we hit the 8 week mark.

In case you are wondering, “why bother?!”…

An approach like this is great for anyone looking for a time-saving “set it and forget it” vermicomposting method. It would be ideal if one had the space to set up many of these bins (maybe on some shelving units) – and did so in a staggered manner (maybe a few bins each week). Great for those who might want to sell worms – especially in the form of a “composting worm mix”. It might even prove to be a decent way to create and ongoing supply of vermicompost (assuming the staggering approach).

Flea Beetles in a Worm Bin?