I checked on my TTTWC bins this morning. It’s been a little longer than I’d hoped since my last observation. “Thankfully”, things have been going fairly slowly – likely due to the ~ 64 F (< ~ 18 C) temps in my basement. So it doesn't look like I've missed out on too much. That said, I'm happy to report that one of my bins now has two (visible) cocoons in it (one pictured below)! 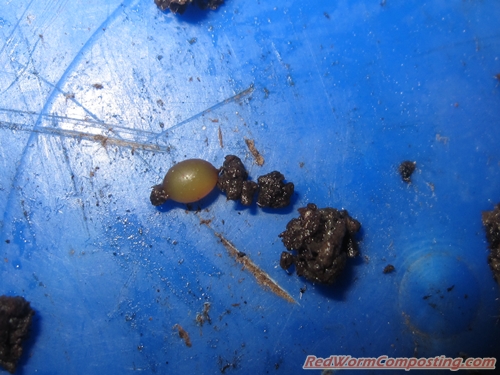 Strangely, I couldn’t find ANY cocoons in the other bin with worms (even though the worms are just as big and fertile looking) – but there’s a chance I may have missed one or two. We’ll see.

Interesting to see some fairly-intact broccoli in the bin with no worms (as compared to same material in worm bins). I guess even a couple of worms can make a difference! 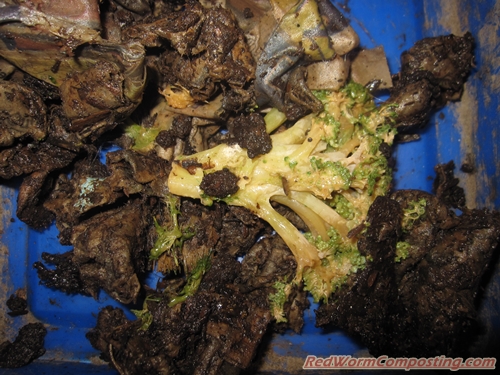 I actually found a very mature (dark, but still viable) cocoon in the no-worm bin. Obviously, it must have been added with the living material I (foolishly) transferred from an active worm bin back when I got things set up. I was somewhat tempted to leave it in, but the idea of having a no-worm comparison bin has been growing on me. So it got sent back home!

Interested to find out how many TTTWC participants have cocoons by now. Be sure to leave your comments below!
😎