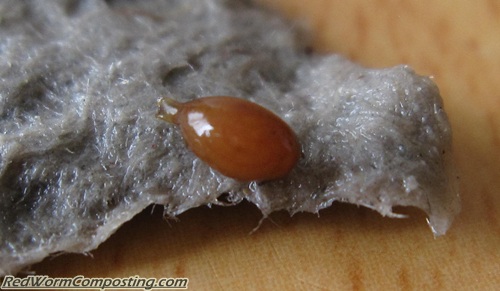 As alluded to in other posts etc, I haven’t had all that much time lately for my usual RWC activities – such as blogging, newsletter writing, and tending to hair-brained experiments!
😉

So yeah, the long and the short of it is that before doing so today, I hadn’t opened my worm cocoon hatching bins since May 22! Needless to say, that kinda throws off my planned daily observations! haha

What’s funny though, is the fact that – after making my observations today – I’ve realized my initial plans were a tad unrealistic AND unnecessary! There are definitely changes to report, but it doesn’t look as though I have missed all that much (an observation which in itself is pretty interesting/surprising).

Because it’s been about a week and a half since my last check on the bins, I decided to do a VERY thorough examination of the contents of each system. One at a time, I dumped each container into a big plastic bowl, and then carefully put everything (other than empty cocoons) back into the container. I literally left no cardboard shred unturned! haha

There were three main things I was watching for: 1) baby worms 2) empty cocoons and 3) full cocoons (unhatched), but I also kept my eyes open for anything else of significance. Here are the numbers thus far.

I was really surprised by the similarity between the treatments. I thought for sure that even if there wasn’t any significant treatment effect (way more worms hatching out in the cantaloupe treatments, for example), the results would still end up a bit more all over the place.

I wasn’t too surprised to see that worms in the cantaloupe treatments were bigger in general than the cardboard only treatments. It’s hard to say for sure if this is due to earlier hatching or better nutrition (or both) – and THIS is definitely the one question that makes me wish that I had at least done the occasional quick check on the systems to see where worms were hatching first. 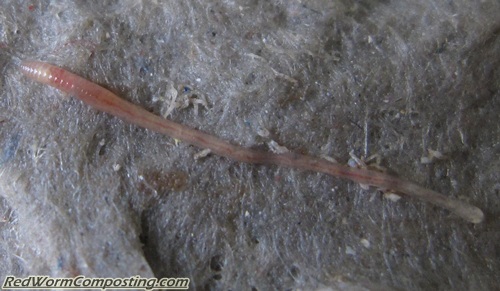 Moving forward, it will be interesting to see if any differences between treatments start to appear. I am also eager to try a similar set up with aged manure as a “food” to see if hatching occurs more quickly when it is present. While I certainly won’t be making daily observations for this experiment, I do want to check on the bins a bit more often than I have been – at least once or twice per week.