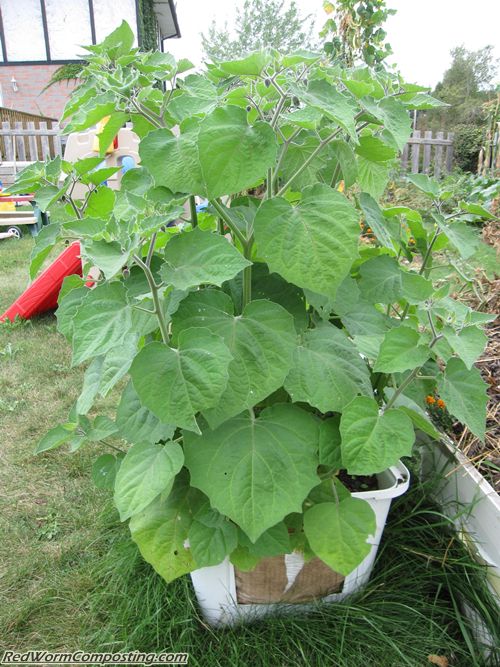 Stepping out into my yard these days, I can’t help but feel depressed. While, this has undoubtedly been my most successful gardening season yet, it’s also turning out to be the one with the most rapid and dramatic decline! Drought like conditions (for the past month) and the rapid spread of disease in my tomato plants have effectively converted my once-verdant oasis into a withered wasteland.

Amidst all the death and destruction (haha), there are still some things to smile about – perhaps the most significant of these being my ground cherry garden.

Growing ground cherries this year was never part of the original game plan – in fact, I barely knew they existed prior to June, when my dad happened to bring some over for me to try. He had discovered them himself at a farmers market, while visiting with a friend in B.C., and was sufficiently impressed with (and surprised by) the flavor that he decided to bring a bag of them back with him when he returned home.

Being the “tomato fanatic” that I am, I was at least familiar with the fact that ground cherries (Physalis sp) are a member of the same family. That’s probably why I so surprised by the tangy SWEET flavor when I first popped one into my mouth (and then another…and another)! I knew right away that I wanted to grow some for myself.

Did I mention that it was already June by this point? Or how about the fact that the only seeds I had were the ones sitting inside the fruit my dad was giving me!? I’ve grown a number of interesting fruit plants from seeds extracted from grocery store produce over the years – but I certainly wasn’t overly optimistic about my chances of success. Nevertheless, I decided to give it a shot (nothing ventured, nothing gained, right?). So, that very same day, I began the process of extracting, then cleaning the seeds in preparation for my germination attempts.

As I discovered, unlike some of the other members of the tomato family, ground cherries (also known as husk cherries and cape gooseberries) can take a long time to germinate. Given the fact that my seeds had recently been extracted from the fruit (rather than from a commercial seed packet), this only served to increase my pessimism. Needless to say, when I finally did see little sprigs of green eventually popping up I was pretty darn excited!

Initially, I wasn’t sure where I wanted to grow my ground cherry plants, since most of my garden real estate was already in use by this point. After toying with the idea of building another wooden box bed, I eventually settled on a rather unusual alternative – an old lid from a cat litter box! I was still feeling pretty optimistic about my tomato bucket systems at this point, not to mention somewhat burnt out from all the labor hours I’d invested already. The last thing I wanted to do was fiddle around with trying to build something new. 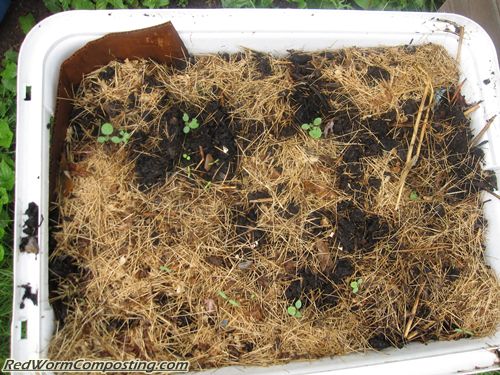 I set up my little bed in much the same way I had done with my tomato buckets. I started with some potting soil down in the bottom, and then filled it the rest of the way with vermicompost. Of course, I needed to do something about the big gaping hole on the one side (the cat door), so I held a square piece of corrugated cardboard against that side while I filled up the box. I actually liked (and still like) the idea of having a breathable wall like this. I don’t know for sure, but I suspect that it might create a healthier environment for the plant roots (not to mention the worms). I should also mention that, apart from vermicompost and soil, I also mixed in a fair amount of alpaca manure.

Even with my little seedlings successfully planted in the new bed, I really wasn’t feeling overly optimistic. I figured that if I ended up with even one plant (of the 5 or 6 planted) that continued to grow, I be pretty pleased. Well, as you can see (in first pic), they’ve just kept chugging along! Even though they are only now producing flower buds, I’m hopeful we’ll end up with an actual crop of ground cherries sometime this fall. I’ve read that they tend to be somewhat more cold tolerant than some of the other members of the tomato family, so this helps to fuel my optimism.

Whatever happens, it’s safe to say that I’m glad to have made the effort.
8)