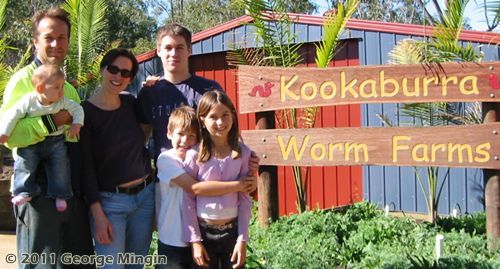 It’s been more than a year since I posted my last RWC interview, so I am certainly pleased to finally have a new one for all of you! George Mingin is the owner of Kookaburra Worm Farms, one of Australia’s largest worm farming operations. I connected with George this fall when he became a member of the Worm Farming Alliance, and I must say I’ve been really blown away by his friendly, candid nature on the member’s forum. Traditionally, large-scale worm farmers have tended to be a rather elusive, secretive bunch, so it’s certainly refreshing to find someone so happy to share with others. A short time after George joined the WFA, I asked if he would be interested in taking part in an RWC interview, and he graciously took me up on the offer. I am especially grateful to George for taking the time to answer my questions since he is just entering his busiest time of year (keep in mind, he is in the southern hemisphere), and demand for his worms is very high this year.
8)

This is quite a lengthy story so I will give an abridged version. Back in the late 80’s I was running a business in recycling consumer waste plastic. My business partners were also collecting newspapers from a domestic curbside collection service. The price he was recieving for recylced newsprint dropped considerably and my partners asked me if I knew of a way to recycle newsprint. I had no idea, but kept my ears open. Some time later at a field day where I had a stand for my recylced plastic, I overhead a person from the stand beside me saying something like “worms will eat garbage, worms will eat blabla, worms will eat NEWSPRINT. My ears pricked up!!! Hence I got involved in worms for converting newsprint and many many other organic wastes on very large scale trials with a business called “Waste Organic Recylcing Management Systems”.
🙂


2) What made you want to start up your own worm farming business? What did your family think about this?

I got back into worms after I instigated a complete lifestyle change for our family, in 2000, by moving 1500 miles towards the equator, away from our city lifestyle to the country eco-village lifestyle (where the weather was much warmer as well:-). When we built our new eco-friendly home we had a worm driven composting toilet installed. It was an absolute disaster because our builder did not install it correctly and the design was very poor. I was constantly down inside the tank scooping out poo and muck and whining to my wife how bad the toilet was designed. She had had enough of my whining and one day said “you’re a designer, why don’t you design a better one then instead of whining about our current one?”. So I did, and in the process of building a prototype I was looking around for worms to buy to put into the prototype toilet and came across a worm farmer who was selling worms for fishing. He claimed to be making good money from his worms, the exact opposite of my experience with worm farmers in the past. I convinced him to sell a quarter of his business to me and so started Kookaburra Worm Farms. My young family at the time were totally behind me and my kids loved their new little playmates. My boys and I have always been mad keen fishermen and having our own ready supply of fishing worms was like heaven.
🙂


3) Did you have any previous work/business experience that helped with the new enterprise (what sort of career did you have before getting into worms)?

I was a mechanical designer, working in drawing offices. I then had experience with sales, marketing and fixing customers problems on large scale production machines. My last professional job was being in charge of the design and development office of a large multinational packaging corporation. This background helped tremendously with the start up design of a worm farm that was meant to be a commercial venture from day one. I had been exposed to “systems methodology” in my porfessional work experience and with the help of a friend living in our Eco-Village, we designed and re-designed our worm farm on a systems methodology basis. I am continuously looking to improve our production processes and I am already up to Mark 7 in the worm system design that we use.


4) What kind of worms do you currently breed? Are some worms a lot easier to raise than others?

We breed Eisenia Foetida/Eisenia Andrei – Tiger/Red worm, Perionyx Excavatus/Spenceralia – Indian Blue, Eudrilus Eugenia – African Night Crawler, Amynthus sp – Cod Worm/Gardeners Friend and recently we added the Eisenia Hortensis/Denrobaena Veneta – European Nightcrawler to our repetoire. By far the quickest breeding worm is the PE – Indian Blue. It is in fact too fast and leads to contamination of our other worm species. It would almost be a pest species if we did not have a good market for them in a major Zoo as Platypus food. The easiest and most productive worm has been the EE – African Night Crawler until it contracted a disease that made it uneconomical to breed in commercial quantities.


5) Can you tell us about some of the challenges you’ve faced (with your worms in particular) along the way? Any other major challenges?

How many pages can I have for this one:-(? I used to say that I could kill worms easier than I could breed them. I stopped saying that when it became apparent that this was a self fulfilling prophecy:-( For about 5 years we had major struggles with our worms. The major ones all stemmed from climatic conditions. Even though we live in a warm sub-tropical climate, we found it still very difficult to consistently produce worms outdoors. The weather was either too hot +110 F or too cold at nights 32 F, or too dry or too wet or too many predators etc etc. We eventually took the plunge and built a purpose designed, climate controlled worm breeding shed. This cured most of the environmental factors, but we still had to contend with disease and unexpected power outages. It also made us very focused on efficient worm breeding systems as space was now a limiting factor. We still have our challenges, but they now stem from pushing our systems to the limits and often exceeding them.
🙂


6) Do your worms receive a specific “feed” or are they waste processors (what kind of waste)?

We used to use two types of waste produced by our local sugar cane refining factories. They are called Bagasse, the fibre component after the sugar juice is squeezed out of the cane and Mill Mud, the sludge from the bottom of the mollases tanks which is dirt mixed with thick sugar syrup. We now use relatively small amounts of these two waste products and focus more on sprouted grains as a major component of our feedstock and minerals as crushed basalt rock derived from a quarry. We mix several ingredients together to create what we call “live food” ie: food that is alive with beneficial micro-organisms that serve as the major component in worm food.


7) How does climate (in your area of Australia) impact the operation of your business? How have you compensated?

At first glance our sub-tropical climate would appear to be ideal for growing worms outdoors. But as explained above, worms need a very stable environment like the one found underground in their natural environment. Therefore we went with a climate controlled shed that holds the ambient air temps at around 78 F.


8 ) Is there widespread interest in vermicomposting in Australia, or would it be considered a fairly obscure “hobby” etc?

I am led to believe that Australians and New Zealanders are well ahead of the rest of the world in their knowledge and use of vermicomposting, particularly for home based conversion of organic food and garden waste. This is borne out by a few statistics such as the sales of Can O Worms (plastic stackable worm farms) is around 4000 per month in Australia and only 3000 per month in the US, with Australia having less than one tenth the population of the US.


9) Is there anything else you would like to share with RWC readers? (this is where you can write about any fun projects you are involved in etc – just generally whatever else you’d like to get “out there”)?

I involve myself with so many different worm related projects that it is difficult to list them all. I have designed worm driven composting toilet systems, been involved in large scale waste conversion using worms, fishing worms is a personal passion, seeding farming lands with worms and worm eggs for soil improvement etc etc.

I would like to offer a little bit of my personal learning from working with worms. Observe, observe and observe. Through watching how worms work, what they like and dislike and how they behave in their natural habitats, you can then develop the most natural, efficient and effective ways to grow and use worms for your advantage. Worms are still an emerging trend and I believe will continue to grow in popularity and demand for many years to come. 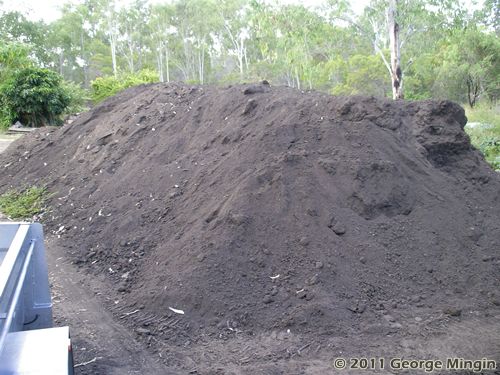 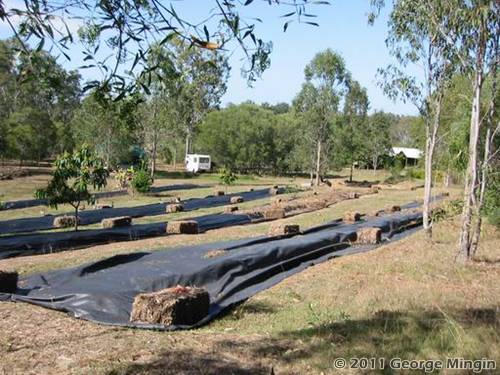 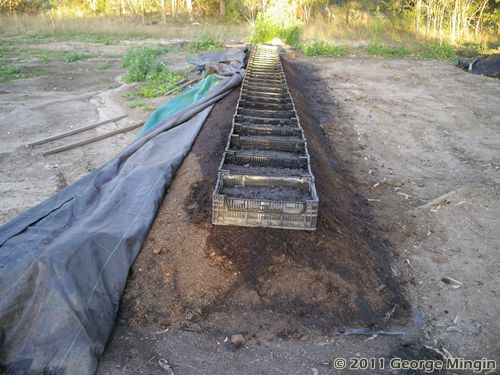 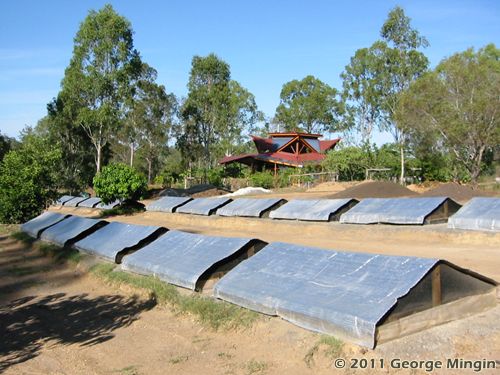 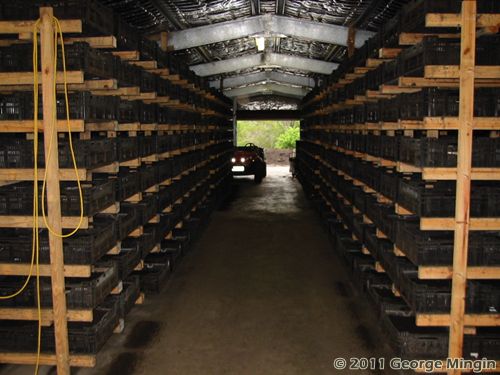 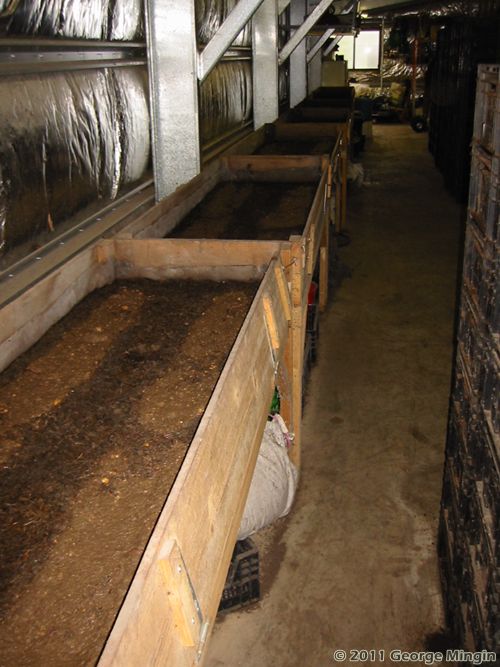 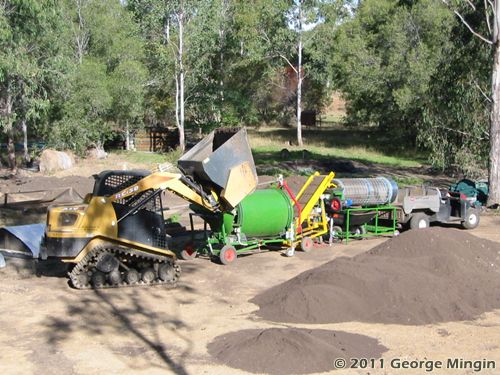 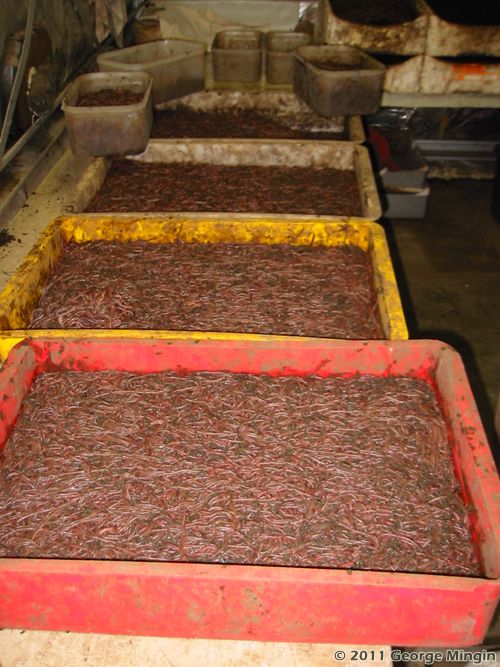 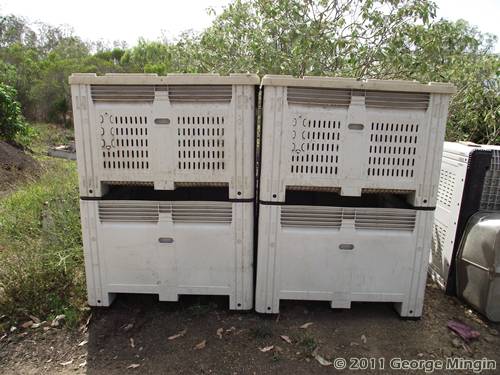 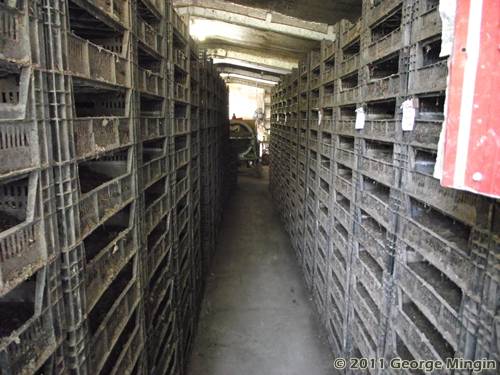 Thanks again to George for taking part in this interview! If you would like to learn more about George and his worm business, be sure to check out his websites: Kookaburra Worm Farms and Worms ‘R’ Plenty.
8)

North Carolina Airport to Start Vermicomposting – in a BIG Way!