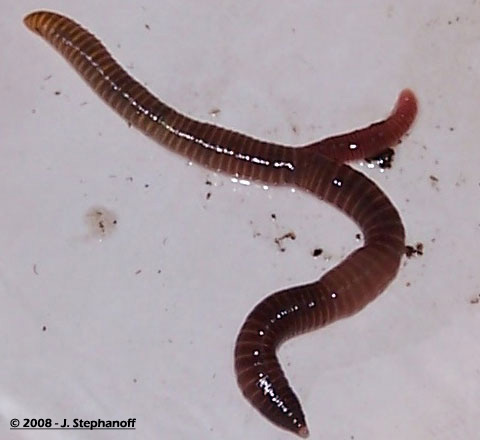 Red Worm with a second tail – WORM POWER!!!
(apologies to those of you unfamiliar with the TMNT theme song – haha)

Well folks, our ‘Reader Photos’ section definitely seems to be off to a good start! Keep em coming! This one was sent in by Jim Stephanoff, and NO it is not a big worm on top of a little worm – it is indeed a two-tailed Red Worm!

An old friend of mine actually promised me a picture of a two-tailed worm from his bin quite some time ago, but this is the first one I’ve actually seen. Pretty cool!

I’m not sure what exactly causes this (likely some sort of mutation), or how often it occurs, but it is quite interesting.

Thanks again for sending it in, Jim!

Feeding Worms – When and How Often?