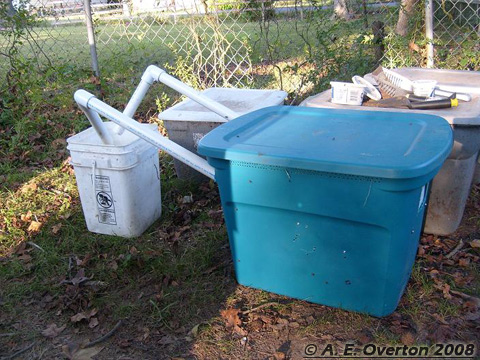 One of our regular readers, “Vermiman”, wanted to share his DIY bin for harvesting black soldier fly larvae.
Here is his description:

The pvc pipes are angled at about 35 degrees to allow the mature larvae to leave the culture. At the end of the pipes there are elbows angled down into a collection bucket. There are holes in one side which allow the pipes to exit the bin. There are eighth inch holes near the top of the long sides that allow hanging of cardboard pieces where the BSF should lay her eggs in the little holes. On the other narrow side I made a square hole that allows the females in to lay her eggs. 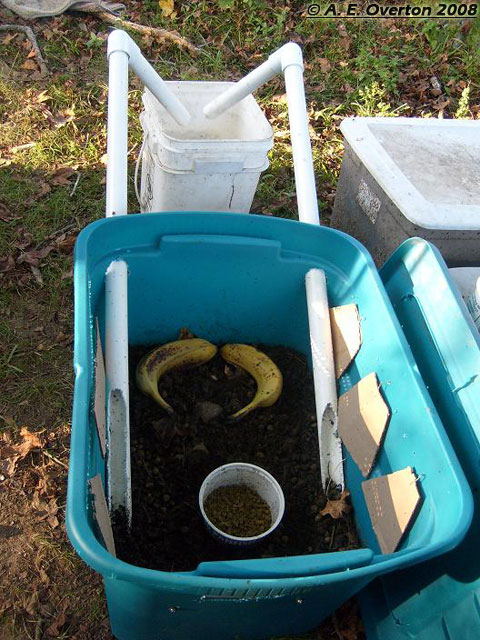