The Worm Inn Flow-Through System…and Beyond

Once upon a time, I made a silly “worm bin” called the “Creepy Pants Vermicomposter“. From a “successful vermicomposting” standpoint, the experiment was a bit of a dud.

The jeans got moldy, and I don’t think my wife was too fond of (what looked like) half a body dangling from the rafters in our basement laundry room.

So the project was somewhat short lived…

…But amazingly, it started the ball rolling towards bigger and (much better) things.

Robin Crispe – a regular follower of the RWC site – was somehow inspired by those moldy, “creepy” pants hanging down in my basement.

She got creative, and put her sewing talents to the test, designing a stylish, yet surprisingly-effective vermicomposting system. She called it…(no suspense here)… the Worm Inn!

Robyn eventually decided to move on to other endeavors and the Worm Inn brand is now owned by Jerry Gach, but it is still the same top quality system it has always been. In fact, Jerry has even added some improvements, such as the single zipper (vs double zipper) closure – effectively reducing the chances of flying pests getting in or out. 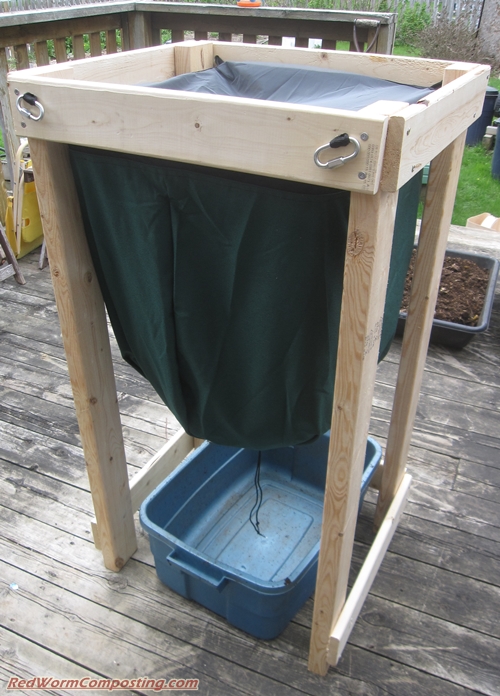 The Problem With Most Plastic, Enclosed Worm Bins…

…Is that they just don’t have the air flow required for an “optimized” vermicomposting process!

Don’t get me wrong. I’m not trying to convince you that you can’t vermicompost effectively with other systems. That’s absolutely NOT true!

But I have a hunch I’m not the only one who has dumped out a plastic tub system, only to find a congealed mass of sludge that looks something like this: 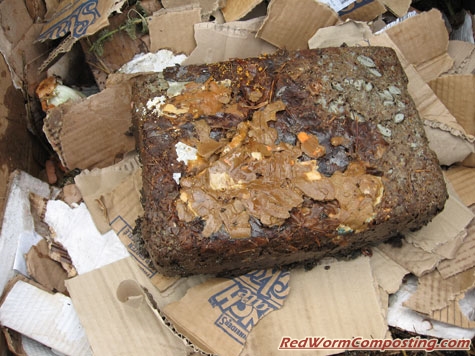 This is what happens in a system without sufficient air flow (not to mention drainage)! Unfortunately, these are exactly the sorts of systems that new vermicomposters typically start with.

(You also optimize the experience!)

With a Worm Inn you can process more of your kitchen scraps, converting them into high quality vermicompost, faster!

And let’s face it…as “fun” as the vermicomposting process can be (at the best of times), at the end of the day, most of us are after the end products… 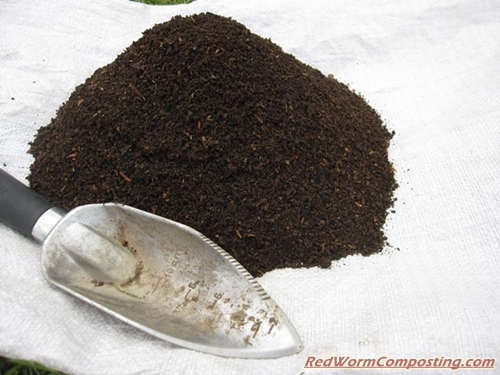 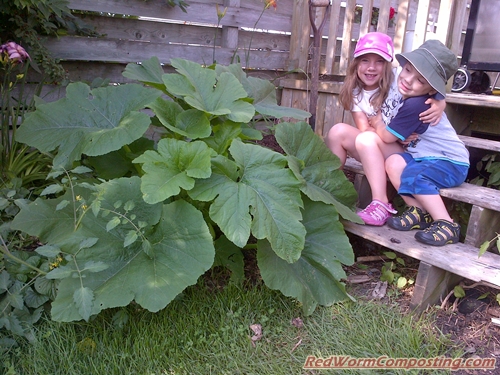 …and heaps of our own nutritious “organic” produce! 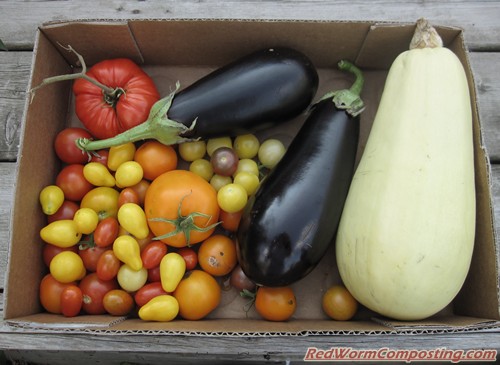 Over the years I have used and loved my Worm Inns! The Mega in particular earned its spot as my “favorite home vermicomposting system”.

But, truth be told, there have always been some nagging issues relating to the design that I would have loved to have seen improved upon. In early 2017, my good friend Steve Churchill decided that rather than waiting around for future Worm Inn improvements he would come up with his own “worm bag” flow-through system. 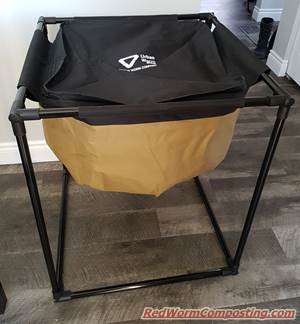 Some of the “complaints” (from others and myself) about Worm Inns over the years have included:

The Urban Worm Bag is quite similar in appearance to the Worm Inn Mega (as you can see in the image) – but there are some really interesting differences!

First MAJOR improvement is the inclusion of a very easy-to-build, sturdy metal stand. This alone is a game changer! No trips to the hardware store, no spending more money, no cutting, no hassles! It took me about 3 minutes to put mine together!

The hanging loops are much bigger on the UWB, which should help to distribute the weight much better than the small loops of the Worm Inn (that said, I have always been impressed with how tough they are – and have never had one rip loose, even with VERY full Megas).

Steve decided to forego the screened lid in favor of a solid fabric lid. From a durability and shading standpoint, I think this is great. But I think part of me will always miss the screened lid a bit (the irony being that the screened lid of my main Mega was chewed out by mice and I ended up having to completely remove it – haha).

I am not 100% sure what material the UWB is made of, but it definitely appears to be a bit more rubberized on the inside. This (along with new lid) should really help with moisture retention. Initially I thought this might be a “negative” (one of the best features of the Worm Inn is its breathability) but Steve compensated by making the Urban Worm Bag somewhat wider and somewhat shallower than the Mega, so it should have a more ideal surface-area-to-volume ratio.

One additional interesting change Steve made is using a little pocket and zipper at the bottom of the UWB, rather than drawstring with tightening toggles like the Worm Inn. If there was any sort of “concern” I might have about this it’s that the zipper may stop working properly at some point down the road due to exposure to moisture and/or getting debris stuck in it. That said I feel pretty confident that this is not going to be a major problem (if a problem at all).
😎

As I type this (early March 2018), I am only just getting the ball rolling with my own Urban Worm Bag. I will be blogging all about my experience with this system, and you should be able to find the “Urban Worm Bag” category (where you can peruse the posts) in the left-hand sidebar.

Don’t hesitate to drop me a line if you have ANY questions about Urban Worm Bags or continuous-flow vermicomposting in general (make sure to put “UWB” or “Continuous-Flow” somewhere in suject line for faster reply times)!

*IMPORTANT NOTICE – March 2018: If you think you might be interested in purchasing an Urban Worm Bag, I highly recommend you sign up for the Red Worm Composting e-mail list (don’t forget to click the confirmation link in the very first email you receive as well). I will be selling them here quite soon – and Steve has graciously offered to let me hold a very special launch sale (as part of a bigger upcoming RWC fundraising event). Obviously, if you are already on the email list just hang tight!