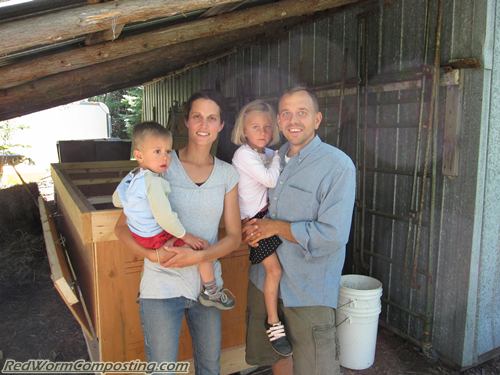 Yesterday, my dad and I filled two large tubs with worm-rich material and packed up the car with various other vermi-goodies, before setting out on the 2+ hour drive up to Silver Lake Mennonite summer camp.

I was eager to see the Silver Lake flow-through worm bed up close, and to provide the Erb family with one last batch of worms before the first wave of young campers start arriving next week.

I must say right off the bat that the big wooden bed – built by Leanne Erb’s husband David – is every bit as impressive (more so, in fact) than it appeared to be in the photos Leanne sent me (included in this post: “Silver Lake Vermicomposting-06-11-10“)!

It looks as though Leanne has been taking very good care of the worms inside as well. The REAL test, of course, will be when she starts adding multi-pound batches of food waste to the bed each day, but based on how well everything is coming along, I suspect that the system is going to work very well for them (as will the worms). 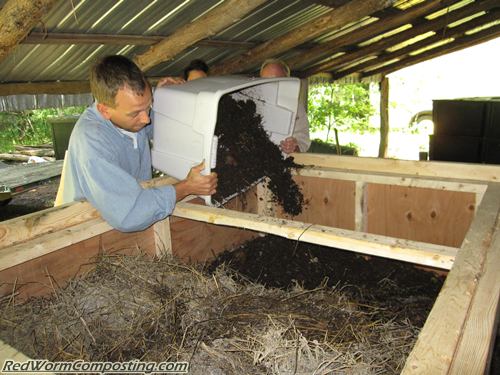 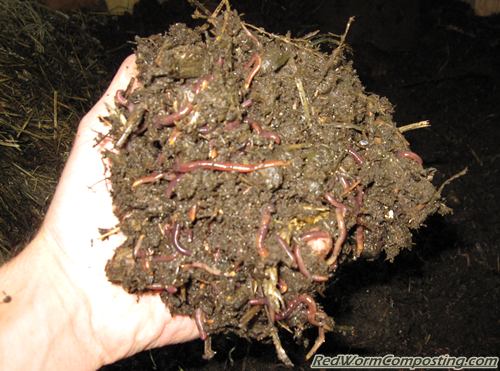 I was very interested to see what the floor of the Silver Lake system looked like – I wasn’t sure what material they had used for the grate. When Leanne told me it was made of chicken wire I couldn’t believe it, but then I saw the system of support beams that David installed underneath and most of my concerns went away.

The cardboard sitting directly over the grate is decomposing nicely, and vermicompost is already starting to fall down into the harvesting chamber. Leanne mentioned that there seemed to be a lot of worms in the material that had fallen down thus far, but I think once the level of material in the bed increases and there is a lot of food waste up near the top she’ll find fewer and fewer worms in the compost. 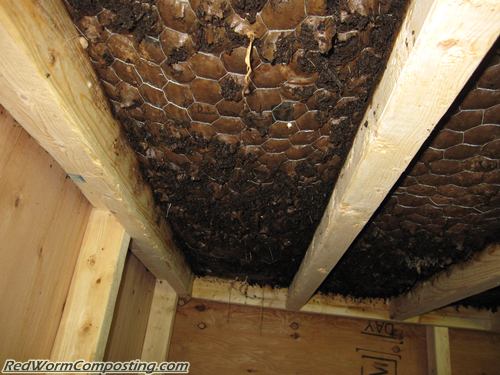 I decided to take up my last bag of alpaca manure (will be getting another batch tomorrow) and some stacks of cardboard coffee trays (continually collected by my wife’s co-workers for my ’cause’ – haha) for Leanne so she could provided a bit more variety for the worms and soak up excess moisture from the food waste. I’m sure a group of young campers could have those trays shredded in short order!
8) 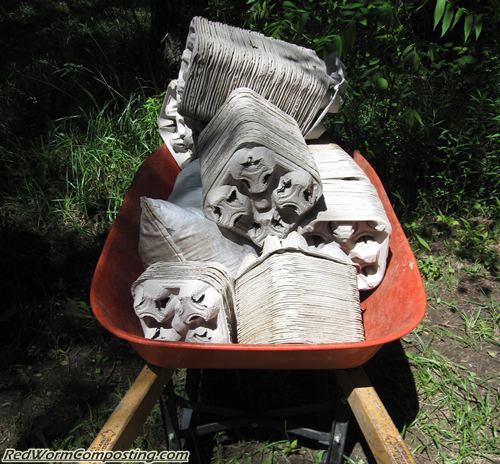 On an unrelated (but still interesting) note…

When we first arrived, Leanne showed us the camp vegetable garden. I made a remark about the impressive size of the sunflower growing in the middle (probably about the same size as the biggest “Kong” sunflower I have growing at the moment). When Leanne pointed to a much smaller sunflower and told us that it had been started at the exact same time, I was completely floored – and couldn’t wait to hear about the worm compost I was sure she must be using to achieve those results.
😆 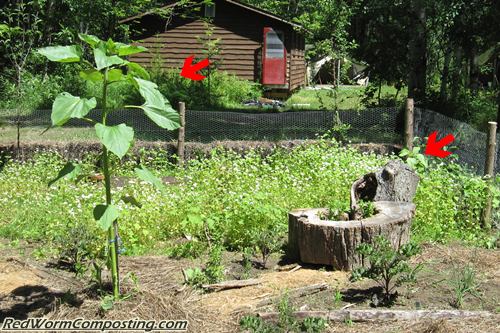 Well, as it turns out, the “secret” had nothing to do with worm compost (oh well – haha!), but Leanne had employed an interesting growing strategy with the larger plant. I can’t remember the exactly name of the technique (something done in Germany, I believe), but it is something akin to “Lasagna Gardening” / sheet composting (layered system of rich organic matter).