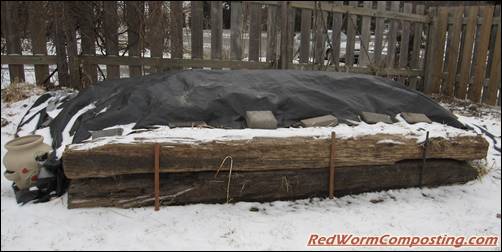 I finally managed to get out for a daytime check-up on my winter vermicomposting bed late last week (all my coffee grounds pick-ups are made during the evening, so I don’t really have a good opportunity to SEE what’s going on when I deposit new material). In all honesty, this winter has been pretty disappointing as far as really getting the chance to test out this system goes. Temperatures have been much warmer than normal, and we’ve gone through countless thaw/freeze cycles during the last couple of months.

Obviously it’s better than having my system freeze solid on me (lol), but I was really hoping to see how well this new bed would perform in really cold weather. Call me a pessimist, but somehow I just don’t see things changing all that much over the course of the next month or so – but ya never know! (As an interesting side note – this weekend ended up being really wintry, and we now have a fair amount of snow! lol)

Unfortunately, I forgot to take my thermometer out with me – so no “official” temperature readings – but it was pretty clear to me that the bed is still quite warm. When I pulled back the tarp, the underside was wet (not frosty), and there were loads of springtails crawling around on it. 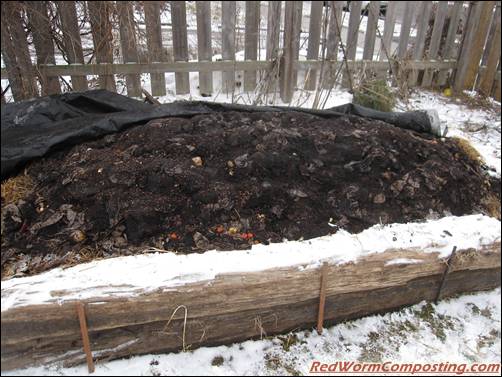 Digging around with my garden fork released plenty of steam from below – so I’d say that was a pretty good indicator as well. I was really hoping to find some solid pockets of worms this time around – but it seems as though the upper zones of the bed are not particularly worm-friendly at the moment.

As I’ve written before, one of the challenges of using coffee grounds – aside from the heat it can generate (which can actually be “good” or “bad” depending on the time of year) – is the tendency of this material to totally dry out on you. Hot, dry conditions are not exactly ideal for the worms!

My hope was that all the food waste added would help to keep the grounds moist, but I’m finding plenty of zones that have that almost “burned” look about them (something I’ve written about in some of my older coffee grounds vermicomposting posts), as shown in the images below. This is most likely the result of fungal growth (some variety of thermophilic fungi, no doubt) – not actual combustion, of course – but regardless, these zones are still way too hot and dry for the worms to live in. 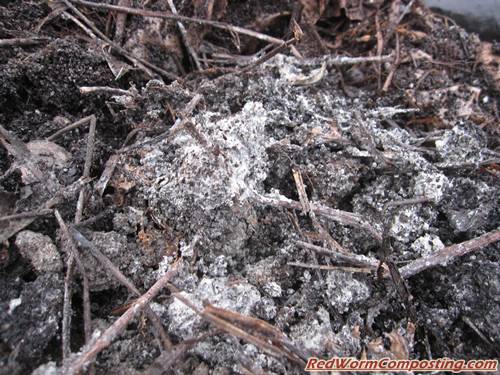 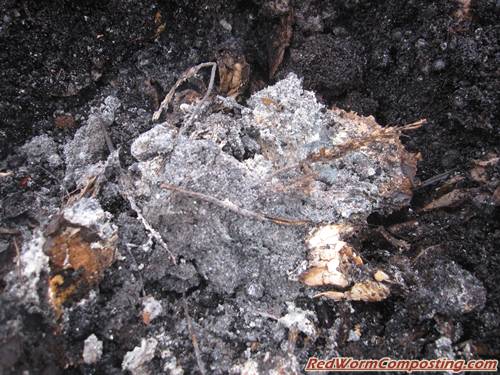 I did find higher concentrations of worms around the outer edges of the main composting zone – so that’s promising. I really just need to put more effort into keeping the grounds nice and moist.

Anyway – that’s all for now. I’ll aim to provide another update in a week or two.
8)