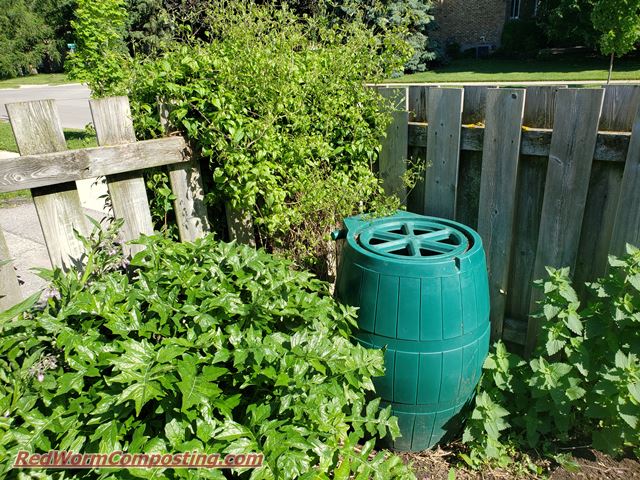 Some years ago now my fancy green plastic rain barrel developed a crack, rendering it useless for its intended purpose. Me being me, I just couldn’t handle the idea of tossing it in the trash. Bare minimum it felt like some sort of composter waiting to happen.

Well…that never happened. It just sat in the corner of my backyard and collecting and releasing small amounts of rainwater every so often.

This year I decided enough was enough! My first idea was to convert it into some form of DIY “Garden Tower” – but I wasn’t quite sure how to make that happen.

More recently, on a whim I decided to add some bulky vermicompost screenings so it could at least release some nice liquid extract to the surrounding vegetation any time it ended up with water in it.

This got me onto the idea of turning it into much more of a robust system – something that could support a thriving population of Red Worms and hold/release a lot of moisture (and other good stuff). I have access to plenty of expanded clay balls (dumped from a vermi-gardening system some years ago) and coarse wood chips, and I have been separating out a lot of both recently as I work through some mature material from outdoor worm beds. 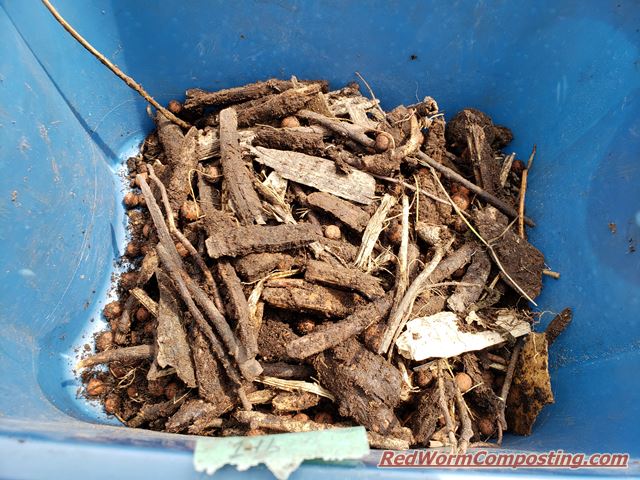 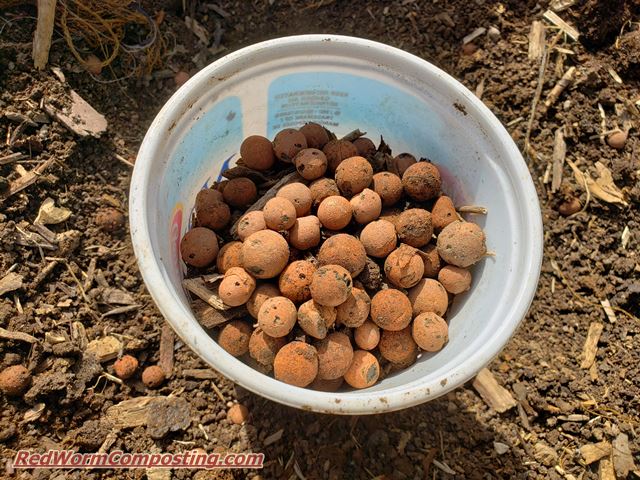 I am slowly building up a zone of mostly inorganic, and very resistant organic matter down in the lower half of the bin. 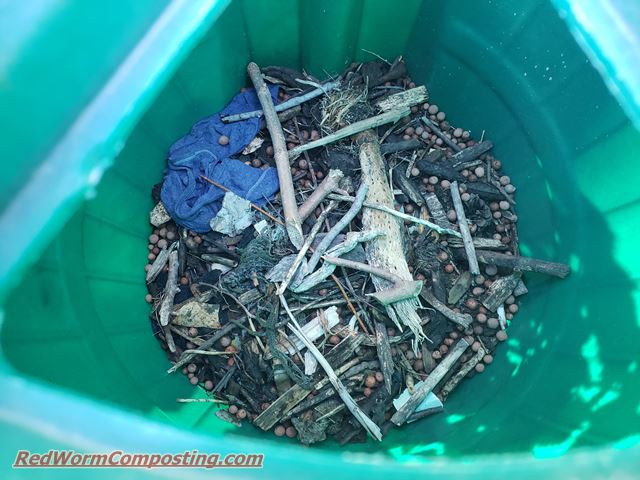 While I probably won’t ever treat this like a “worm bin”, once the coarse filtration zone is established I will likely start adding green yard wastes up above. These will break down over time, releasing nutrients that will help to break down the organic matter below and boost the available nutrition for the worms.

I collect some “greywater” (water from cat bowls, salad washing etc) and will dump this into the system, along with some rainwater (especially once the system is more established). I think it will end up serving as a valuable water bank – and I am very interested to see what sort of effect it has on the surrounding vegetation!