Can You Vermicompost Meat? 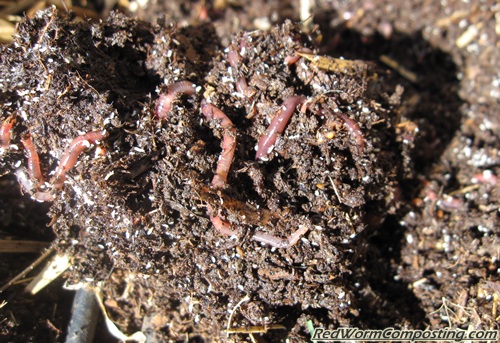 Of course! But, would I suggest adding meat to a regular worm bin? Absolutely NOT!

I think everyone should know by now that I kinda like pushing the envelope a wee bit with my vermicomposting. I’ve been involved in this stuff now for more than a decade, and feel reasonably confident that I know what I’m doing by now.
😉

In general, I tend to be a bit of an armchair rebel – questioning a lot of the things others declare as “set in stone” rules. I’m no anarchist or anything (haha) – I simply believe that it’s important to keep an open mind, to constantly question things, and not to make too many assumptions and generalizations.

So yeah – that basic mental stance led me to toss some meat loaf in one of my outdoor worm beds not too long ago. Not sure why it’s taken me so long to do something like this, or what exactly it was about this left-over meat loaf resulted in this important mental shift. I think it was the fact that I was frustrated that there was still a fair amount left and I knew nobody was going to eat it (I hate wasting food). When this happens with fruits and veggies I always smile to myself and think “well, at least the worms will enjoy it!” – but I’ve always assumed I didn’t have this option with meat. For a decade I’ve blindly accepted the fact that composting meat is “bad” (the irony being that I’ve been composting kitty turds for some time now – haha).

The bed where I added the meat loaf isn’t really what I would even call a worm bed (i.e. it’s not one of the productive beds I actually harvest worms from). There are still quite a lot of Red Worms in this bed, but they tend to be spread around a fair bit and generally smaller in size (since I haven’t been adding much in the way of food). Really, it was the perfect place to add the meat, since I’m more likely to really SEE what happens.

The one thing about meat worth mentioning right off the bat (I will provide a complete list of important considerations later) is that it WILL generally give off a lot more smell – initially, as a tasty smell that can attract unwanted pests, and later as a not-so-tasty smell, that can also attract unwanted pests – so it’s never a bad idea to dig a decent sized hole if you are going to attempt this. As an added buffer, I decided to add a fair bit of peat moss I happened to have on hand (yes, I am an eco-sinner – so sue me! lol). I figured this would help to keep odor down and would provide some good carbon to help balance all that nitrogen in the meat.

Then, I basically waited (checking on the situation periodically, of course). It wasn’t long before activity in the meat zone had markedly increased. There seemed to be a lot more springtails in this area, and definitely more worms. The meat itself certainly wasn’t a seething mass of worms by any means (as you can see in the picture above) – in fact, I suspect that they’ve been mainly feeding on whatever microbial community has been developing in the material surrounding the meat.

I just checked on the situation today, and the worm numbers in that zone seem to a lot higher now, and I’m noticing bigger worms as well. I caught a few stinky wafts as meat loaf chunks were uncovered, but nothing too offensive at all.
All in all, I am really happy with the results thus far, and will continue to experiment with meat vermicomposting in this bed in coming weeks and months (and will of course keep everyone posted).

NOW, let’s get to my list of warnings and recommendations. I know people sometimes have a tendency to follow a “do as Bentley does, not as he recommends” approach (haha) and I want to try to curb this as much as possible!

The Dirt on Meat Composting