Hi everyone,
This summer I tried to copy Bentley’s trench garden only in a bucket. This is a watermelon plant I bought for $2.00. When I got it, the season was late for watermelon (which is why it was on sale). The plant only had two or three leaves on it and I did not expect much. I planted it in a five gallon bucket with ½ dirt and ½ manure.
I put ¼ of a pound of worms in the bucket so the worms would deploy the VC for me like the trench does. 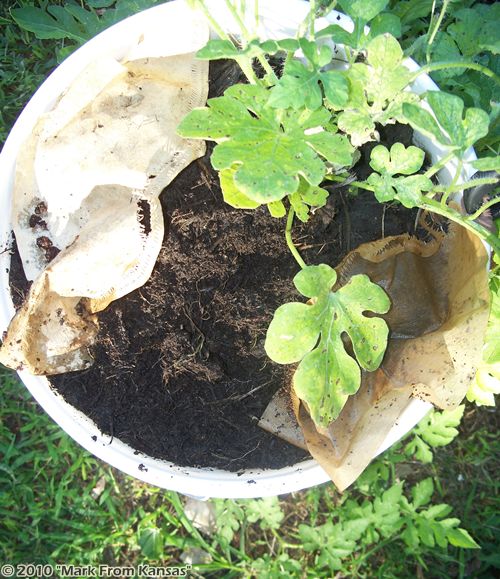 As you can see, the plant flourished some but, late in the season and the extreme heat took its toll. I was going to dump all the contents in the compost bed when I discovered
cocoons in the soil. I then decided to add another ½ pound of worms to the bucket in the hopes of more cocoons being deployed. I intend to leave it out all winter to try the frozen cocoons test and the species survival test (the one about the worms laying many cocoons when their habitat is declining)

This photo shows the bucket up on boards to permit air to the holes I drilled in the bottom. 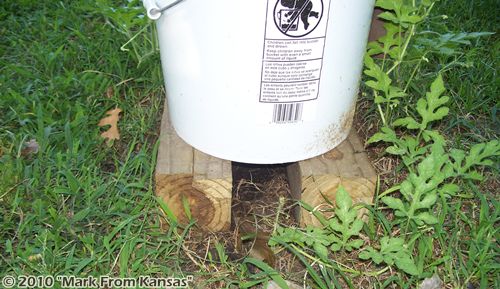 Can Worm Cocoons Be Effectively Harvested?