NOTE: This post was started on April 29th but I didn’t manage to get it posted until May 1st 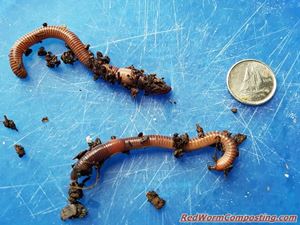 Crazy to think that it’s been nearly 3 MONTHS since my last “2 Euro Challenge” update, and more than 4 months since it got started (today is technically “Day 114”, but my fun projects – or at least the updates – tend to fall by the wayside a bit once the spring rush hits.

When I last checked on the situation (Day 34 – Feb 8th), I reported finding – aside from the two original adults – 26 cocoons and one tiny hatchling. Things have definitely continued to progress from there, that’s for sure – but we’ll come back to that in a minute.

Removing the plastic bag cover from my small bucket (last time I wrote about moving the worms from a yogurt container to a 1 gal pail), it was clear that the overall level of habitat material had gone down a lot (although not as much as the photo seems to indicate. Yikes – lol). 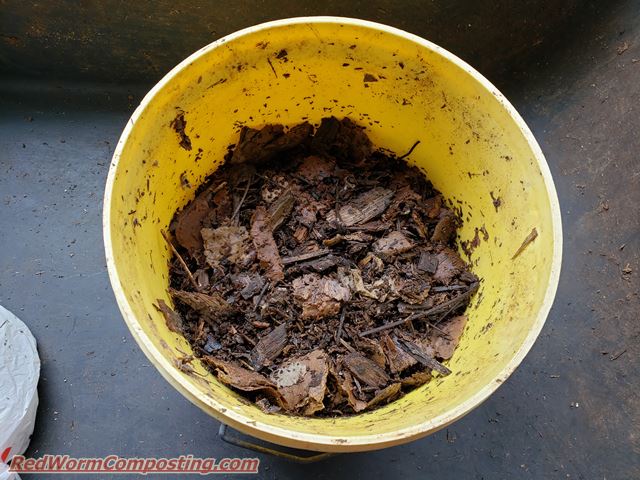 I dumped everything out into a plastic mortar mixing tray so I could take a closer look. I was happy to see lots of worms and cocoons. Even the two original (now quite large) Euros are alive and well.

Almost right away, I did find a worm I felt certain was a Red Worm (see next photo, in comparison to one of the original Euros). It was the only one I found (although time will tell), and I ended up moving it to another system. 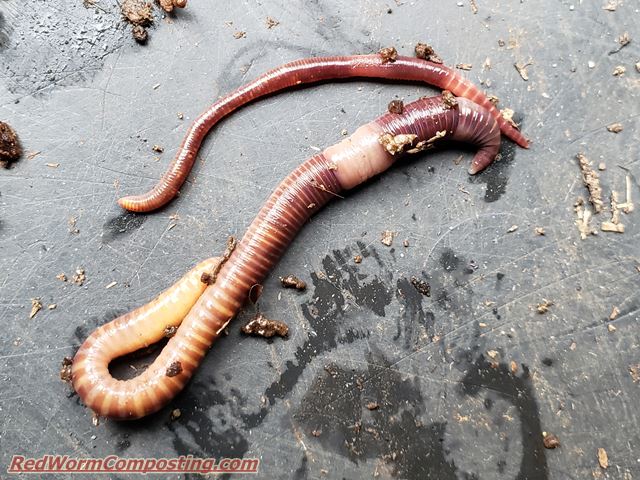 There were other adult Euros in the system – but interestingly, they were all considerably smaller than the two originals. To be fair, this system hasn’t exactly been “optimized”. After my last habitat/food upgrade (moving them to pail and adding some new food/bedding) I completely left them alone – for nearly 3 months, as mentioned. It will be interesting to see what happens from here on out (more details about new set up shortly). 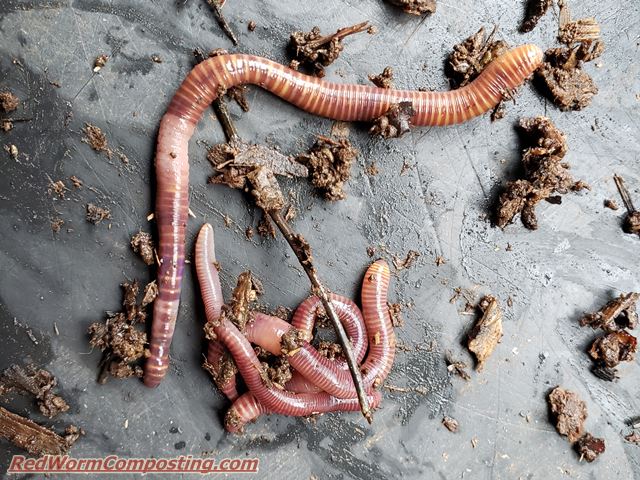 I don’t have a whole lot of available time these days (tis the season), so I knew for sure that I couldn’t perform a really serious population assessment. I decided to not even attempt a cocoon count, and my worm count was fairly quick (so is for sure an underestimate – primarily in the case of the tiny worms).

Here is what I found:

If I had to estimate the number of cocoons, I would definitely at least say “more” than the total number of worms I found. Cocoon abundance may partially be linked to the declining habitat conditions (worms may have sensed tough times ahead and produced more cocoons to help ensure population survival). 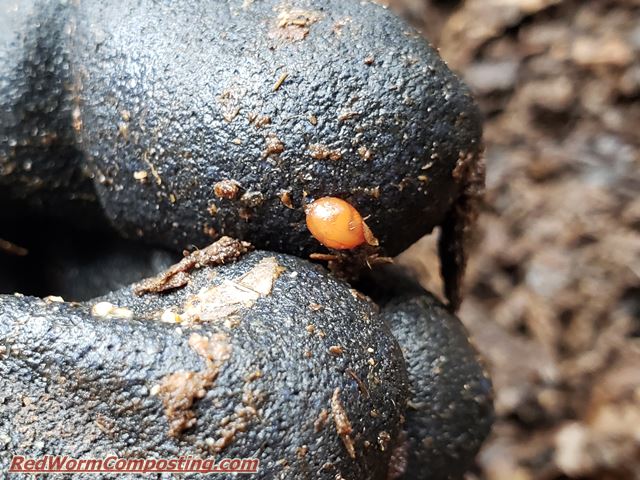 Next it was time to get a new bin set up. I decided to move up to what is probably a 4 gal Rubbermaid Roughneck tote. I mixed some moistened shredded cardboard with shredded fall leaves, some chick starter feed, and a moderate amount of food scraps. I filled the bin about half way, added all the material + worms from the tray (during counting process), then topped up the bin with the rest of the mix. 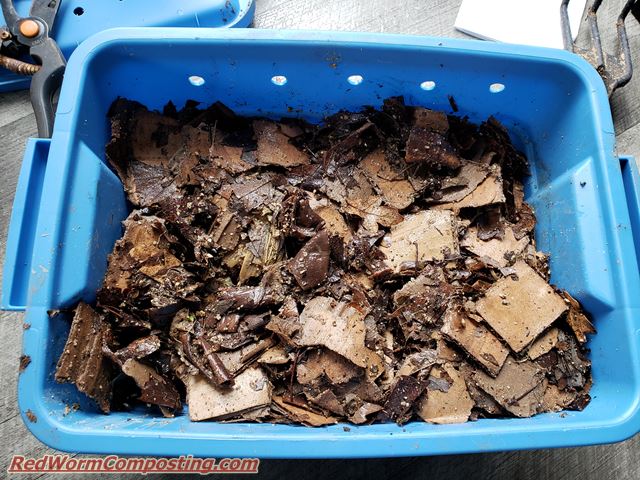 The bin has has some big air holes in the sides and lid so I decided to continue using the plastic bag to help retain moisture. 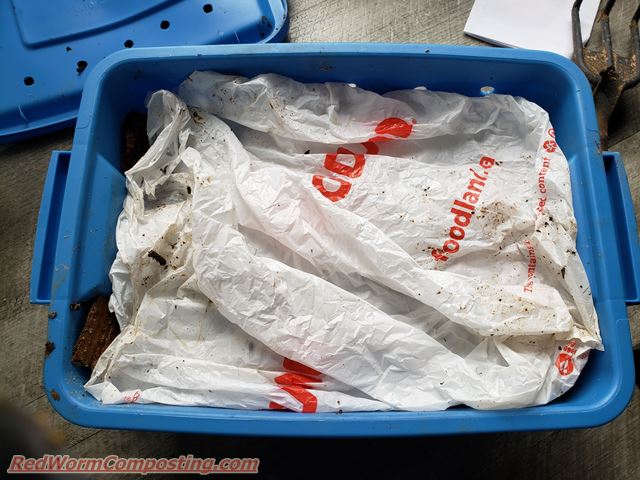 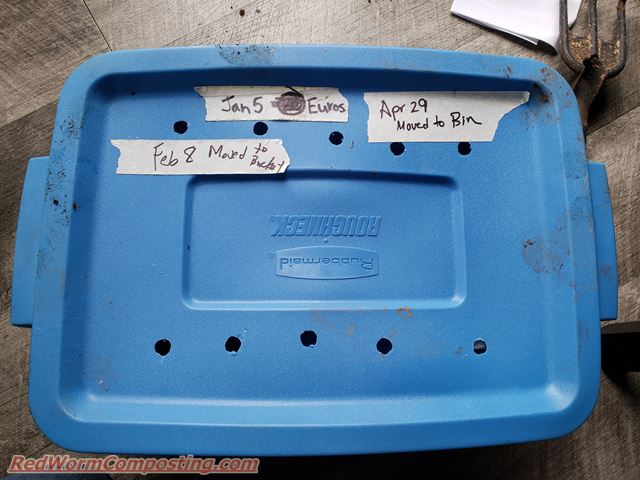 Not sure when my next update will be, but I definitely do at least want to check on the system – and add more food – more regularly than I did during the last stretch. I suspect the population will really take off in this bin, and I’ll likely need to upgrade to a larger one before too long.