Here is an update regarding the “Benefits of Castings & Leachate” experiment. And it has been a rough ride so far. At the start of the experiment it was still relative cold, with some freezing conditions in the night, and I decided to keep the experiment in a small cabin at the edge of a forest that borders my garden. A few days into the experiment the weather conditions changed a lot. We experienced the hottest Easter in decades, with temperatures reaching 28 degrees C (82.4 F). Early on this was good as it caused the seeds to germinate relative fast.

The first seedlings were observed on T6 (6th day after the start of the experiment). Pictures were taken each day to see if we could observe differences in germination rate. I’ll try to analyse this data soon and provide an update regarding that. 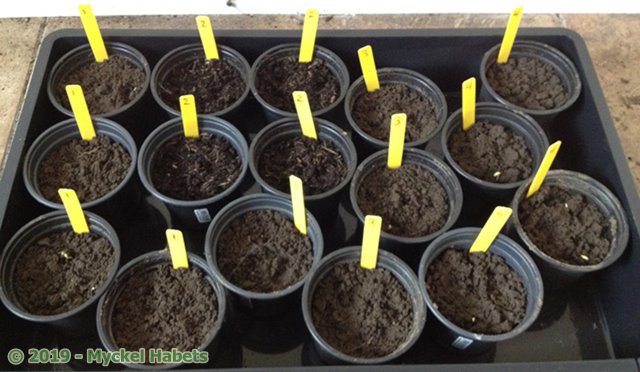 On T10 it became clear to me that the weather caught me off guard. The trees near the cabin started to open up their buds and carry leaves, blocking most of the sunlight to the cabin. Seedings start to react to this in a process called “etiolation”, and the high temperatures only made it worse. Etiolation causes the “embryonic stem” (hypocotyl) to stretch and become weak, and as a result the seedlings start to fall over, often breaking their hypocotyl.

To prevent this from worsening, I transferred the seedlings outside. As the seedlings were fragile already, I knew they would not be able to handle the full sun, so I put them in the shade of a hedge. In the evening I checked on them again and they were doing a lot worse. I decided to keep them in that spot and see if they would recover during the night.

In the afternoon I noticed the sun was shining onto the seedlings, helping to explain why their conditions had worsened the day before. The sun was getting higher during the afternoon, causing the seedlings to be exposed to full sun for a few hours. I quickly moved them to a spot in full shade.

The next day (T13) I moved them back to the forest cabin and checked on the survival rate. 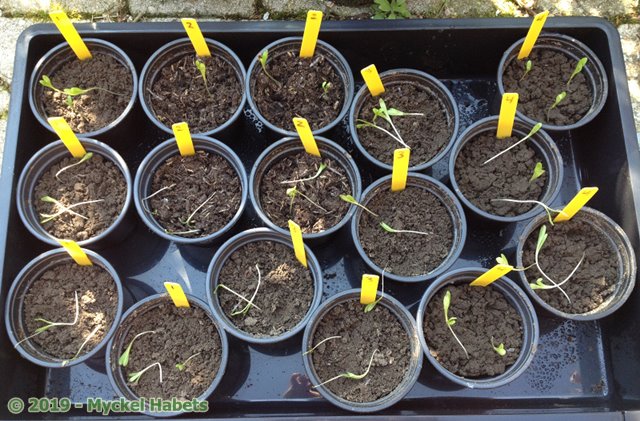 Figure 2: Too much sun exposure to the fragile seedlings.

I tried to keep the experiment as close to the original plan as possible, but naturally I’ve had to make some adjustments. I switched to only one seedling per pot, so I had to transplant some. And for each soil class I have 4 plants (garden soil and castings mix) or 3 plants (potting soil and garden leachate soil). Although the soils still had some water in them, I added 5 ml of tap water (garden soil, castings mix and potting soil) or 5 ml of leachate (1:9 dil.) to the soil next to the seedling.

Here is a picture of the current situation: 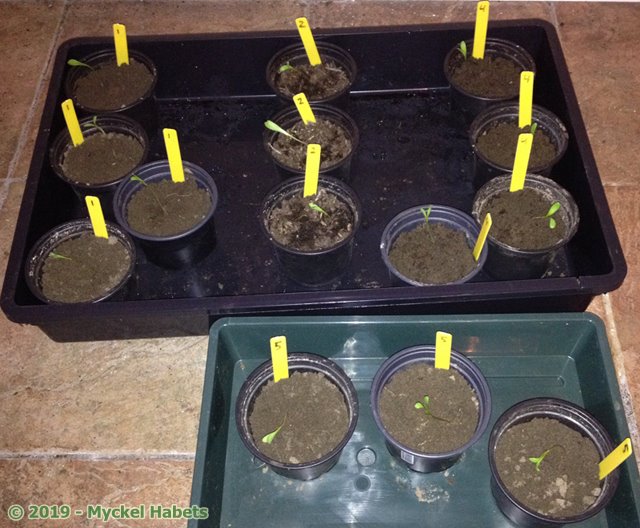 There is cooler weather with a bit more rain on the way, so I hope this will be sufficient for the seedlings to become more resillient to weather extremes.

I will keep everyone posted on my progress.