Myckel (from the Netherlands) here again. If you missed my first post you can read it by clicking the link above.

It’s been about two weeks since I prepared my soils. Now it’s time to continue with starting the experiment. That will be tomorrow, because I will be preparing my seeds first. Seeds will often be put into some water for a day, so that they already can take up the water they need for germination, and get the biochemical processes started in the seed. This often results in a more uniform germination.

The seeds that I will be sowing are the seeds of the common marigold (Calendula officinalis), a sun-loving plant that I had growing in my garden last year. It also produces a lot of seeds, and if you don’t take care with removing all wilted flowers it starts spreading through your garden (figure 1). If you want to know more about it I advise you to read the Wikipedia about it, there is no need to repeat all the
information available on it on the internet. 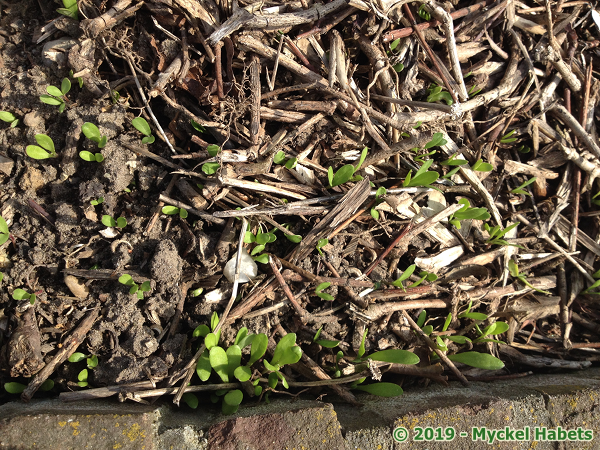 Figure-1: Marigold seedlings coming up in the garden.

You might ask why I chose this plant for the experiment. Well, first, I have experience with how it grows. Last year I watched marigolds growing in my garden, which insects were on them, and how they flowered. Something interesting I noticed was that the flowers were not always the same, so I am curious to see what sort of variation will occur in this experiment as well. Second, it is a plant that grows only flowers (with some seeds afterwards). This will make it easier to do measurements later on. If I was, for example, growing watermelon, how would I deal with the melons that would form? And the plant could grow very big, so it would not be very convenient to handle those big plants. That would be a third reason. It needs to be convenient to handle during the experiment.

Those are some of the advantages of using Calendula, but there are also some disadvantages. Pests can be a problem. Though not specific for this species, aphids may become a real problem for the experiment. To prevent the plants from covered with aphids (and other plant-eating insects) I plan to keep them under a plastic cover as long as possible. If the plants get infected, I can manually remove them (if there aren’t too many) but, worst case scenario, I may need to stop the experiment earlier than planned. Another disadvantage is that my seeds aren’t F1 hybrids. With crops, seed breeders often sell F1 hybrids, which have an advantage of uniform germination and all plants are genetically identical. In my case, each plant will be a bit genetically different, which adds noise to my data for the experiment. I hope (and assume), however, that the effect of the different soils will be sufficiently larger than the genetic effect.

That’s a bit about my choice for the seeds. If you have more questions, feel free to ask them.

To start the experiment – although this will be “Day -1”, because we start the real experiment tomorrow – I selected two old flower heads (one does not have sufficient seeds), that were more or less similar looking. I still hadn’t collected the seeds from them, and I’m going to use this as an advantage now, as the genetic diversity should be slightly less between the seeds in one flower head, compared to a batch of seeds from multiple flower heads. I extracted the seeds, but kept them separated! One had about 26 seeds, the other about 60 seeds (figure 2). Tomorrow I will need 75 seeds (5 soil combinations x 5 pots to grow them in x 3 plants per pot). Each pot will contain 2 seeds from the 60 seed flower and one seed from the 26 seeds flower. I put the two batches in two containers and added sufficient (rain) water to completely submerge the seeds, but to my surprise the seeds started to float on the water (figure 3). At least the seeds are touching the water, and that’s what matters for now. 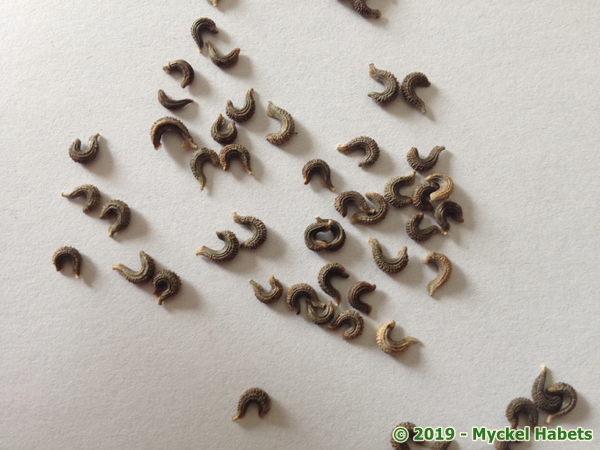 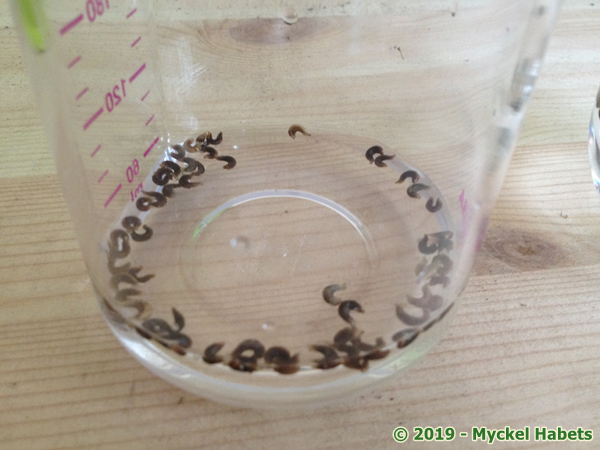