The experiment has started! Today is day 0. This morning I prepared all my soils and put them in the pots. The initial plan was to have five soils and five pots of each with three seeds in each pot. But instead of assuming that I would have enough soil for everything, I should have measured it two weeks ago. In the end I had enough soil for 4 pots (and for the leachate part only 3 pots).

And here is an impression of how the pots look like: 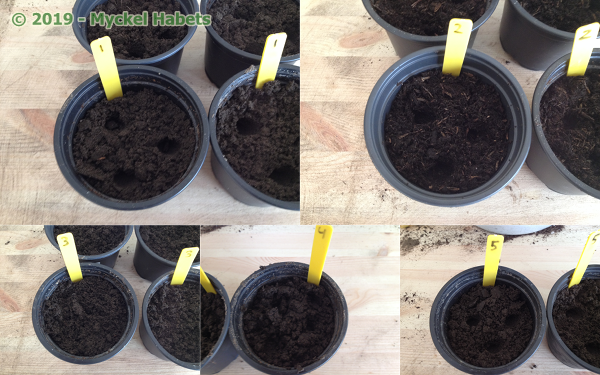 I tried to keep the volume of soil as similar as possible in each pot. Due to the nature of the soils, the weight is different. I also noticed that the mix with worm castings was slightly wetter than the rest due to the fresh castings. When mixing, it caused the sand to stick a bit more to itself and the castings, forming small soil balls. In the first image you can also see the holes I made. I put in each hole a seed. In two holes seeds from one flower and in the last hole a seed from a different flower (see yesterday’s post). In soil 2 (potting soil) I made a mistake of mixing the seeds between the flowers. It should not have any influence, but still worthwhile to remember when analyzing the results. After putting the seeds in the holes, they were closed. 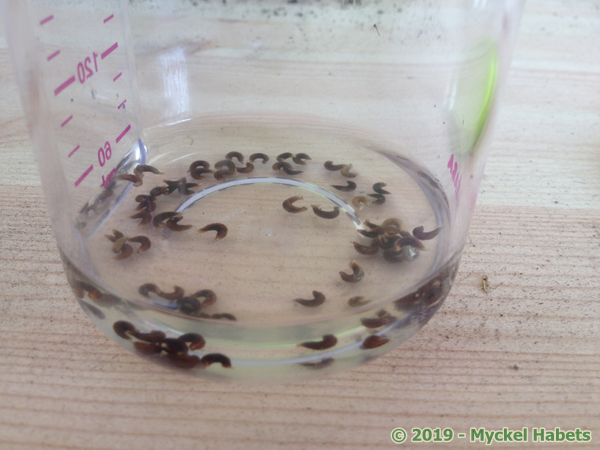 Finally, I put everything in propagators for easy storage and handling, which will also serve as a barrier against pests later on. 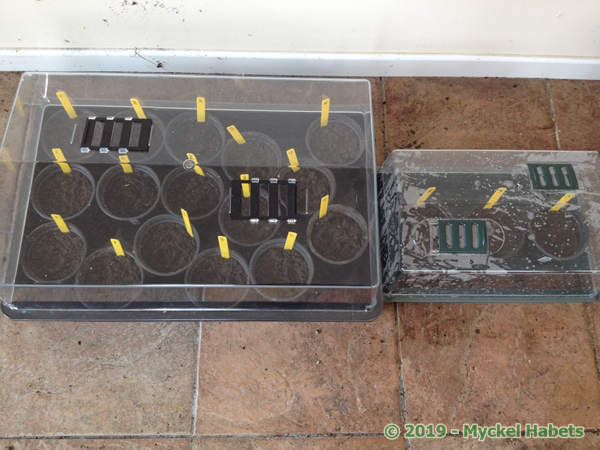