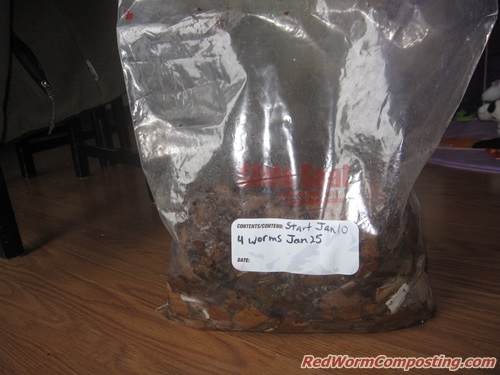 I had actually planned to post this update a couple of weeks ago (around the same time as my “Culturing Parasitic Nematodes” post), but I ended up getting side-tracked.

While I might not have managed to get my update posted, what I DID do 2 weeks ago was carefully sort through the habitat material in my 4-worm zipper bag system. I had spotted a tiny Red Worm – one much smaller than any of the 4 that had been added – and realized that I must have accidentally introduced one or more cocoons when I added the “living material” during the initial set up process.

By that point the decomposition process in the bag had come along very nicely. There wasn’t much in the way of recognizable food waste, and I even had a little crop of mushrooms (not uncommon in an undisturbed system with plenty of bedding, and few or no worms). 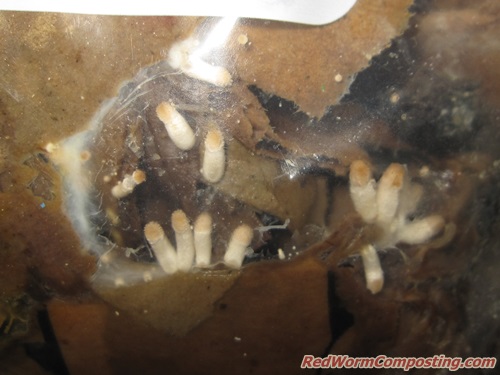 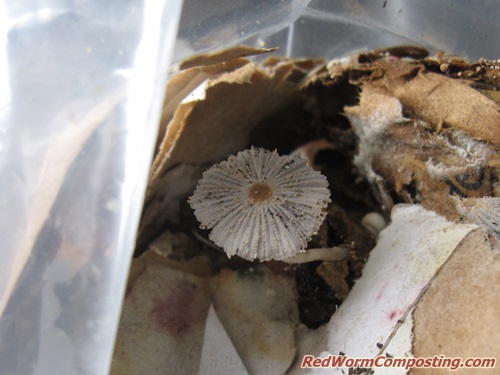 When I dumped the contents of the bag out into a tub for sorting it looked like a congealed, wet lump ‘o’ stuff, similar to what you can end up with an enclosed plastic worm bin (no drainage). But it actually smelled nice and earthy, so I’m guessing the small size is helping to keep things fairly oxygenated. 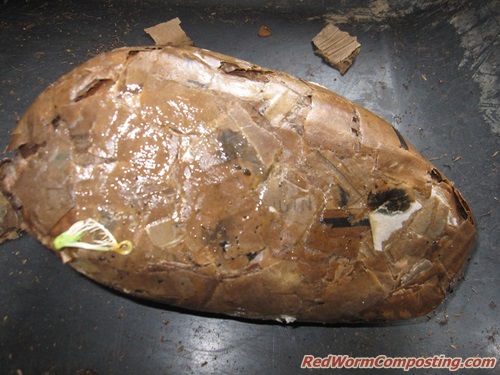 I was able to find my 4 worms fairly quickly. They all looked healthy, and bigger than when I added them, but there were no visible clitella among them yet. 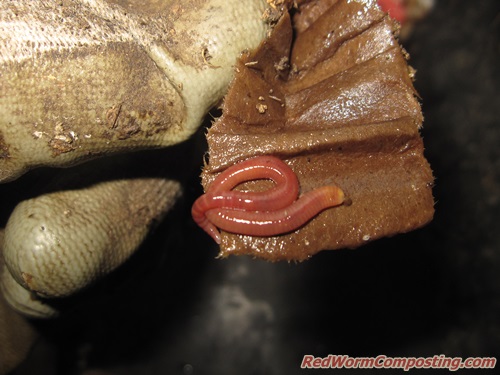 Digging around some more…sure enough, I found some tiny hatchlings – 3 or 4 as I recall. Clearly I need to be a lot more careful about using this particular kind of “living material” (vermicompost from another active system) for these sorts of experimental set-ups, where the starting number of worms matters! As you can probably guess, all the hatchlings I found were removed. 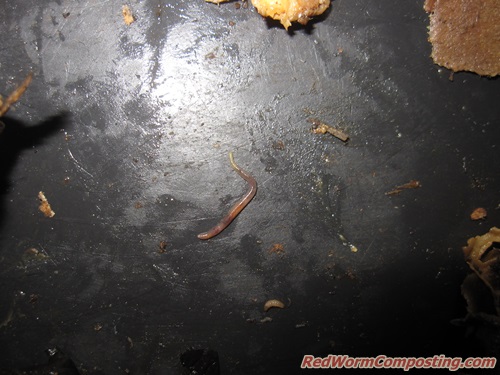 I also found a very healthy population of fungus gnat larvae in the system – and in fact, this is what helped to inspire my “Culturing Parasitic Nematodes” post. 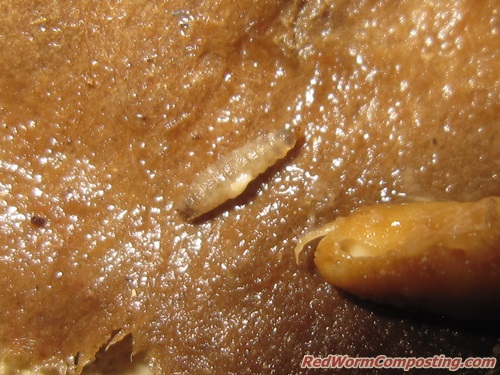 Yesterday, I had another sorting session to see if I missed any hatchlings during my first sweep. It is really important to get them out as quickly as possible so as to reduce the chances of having them intermingle with the next generation of the 4-worm population. I did manage to find one additional hatchling – and I will likely check again in a couple of days.

Speaking of our upcoming “next generation”, all 4 worms now have a well-developed clitellum. So, cocoon production is just around the corner – assuming it has not already started (I didn’t find any cocoons during my search).

There were still loads of gnat larvae in the system and quite a few adults as well. To be honest, my nematode culturing experiment hasn’t been a booming success so far (at least not as far as I can tell – will write more about this in my next update about that) – so I thought it might make sense to add a lot of nematodes (from original package) to the 4 worm system.

I think I am at the tail end of the realistic shelf-life for the purchased culture (even sitting in the fridge), so I definitely want to make sure I put the remaining nematodes to use as effectively as possible.

Since there are very few worms in this system, it could serve as a decent culture habitat for the nematodes, at least for the time being (research has shown that Red Worms will kill off Steinernema when present in the same system).

Since adding the batch of the parasites yesterday, I’ve noticed more adult gnats emerging (as mentioned in another post – I’ve seen strong evidence to indicate that the presence of the nematodes can cause the gnats to accelerate their development/emergence cycle) and a lot more of the larvae out in plain view along the edges of the habitat (normally they hide out in darker zones). I’m hopeful this is a sign of the nematodes doing their job. I guess we shall see!