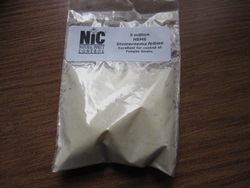 In early January I received a batch of Steinernema feltiae I had ordered just before the Christmas holidays.

I had had a pretty serious outbreak of fruit flies and fungus gnats in my VermBin48 late in the fall (after bringing in a bunch of material from an outdoor bed), and didn’t want to take any chances with my Worm Inn Mega (which as you might recall, doesn’t have a zippered lid).

Given that these nematodes are not exactly cheap, and the fact that there is only so long you can keep them in the fridge, I thought it might be fun to get serious about trying to raise some myself this time around.

The first step in the process involved attempting to raise more gnats and fruit flies via various small-container-systems (including some zipper bag set ups). Although the population of these flying annoyances had dropped drastically by this point, I’m happy to report that the culturing experiments have worked out quite well – and I now seem to have contained populations of both the gnats and the fruit flies.

Next, I needed to figure out how to effectively rear the nematodes. My first thought was simply to pour nematode suspension into active gnat and fruit fly cultures – the idea being that the nematodes would infect any larvae present in the system, eventually leaving me with a huge culture of Steinernema. This could be used to infect other fruit fly and gnat cultures and/or added to any vermicomposting systems as needed.

The challenge with this approach is that it’s not controlled enough. These early culturing systems, while small, have still contained pretty complex composting ecosystems (although I have continued to refine my approach – setting them up in as simple a manner as possible) so it’s hard to know for sure what other interactions my be going on in there (other organisms preying on the nematodes etc etc).

It’s also very hard to see if the larvae are even getting infected, since they tend to shy away from the light.

I next decided to see if I could find any good Steinernema culturing info online. I quickly found an excellent resource on the Michigan State University website, all about culturing parasitic nematodes using wax worms (Galleria mellonella). I decided I would attempt something similar using fruit fly and gnat larvae/pupae.

Actually finding and collecting the larvae was my next challenge, but today I had a couple of break-throughs on that front. For starters, I noticed in one of my (zipper bag) fruit fly cultures that a bunch of larvae had attempted to crawl up the sides of the bag, and that there was a collection of pupae sitting up at the top of the bag. Part of me thought this might be a part of the pupation process – but what seems far more likely is that conditions in the system became unfavorable (since most of the larvae on the sides had died) and this was an attempt at preserving future generations.

I ended up collecting one live larva, a dead larva that still seemed to be in good shape (I figured the nematodes might still invade it), and a handful of the pupae to add to my new Steinernema rearing system.

But I’m getting ahead of myself here! Let’s look at how I set this simple test system up.

I have been collecting plastic mushroom tubs (containers holding button mushrooms I buy from the store) recently so I figured these could work well as a petri-dish substitute. 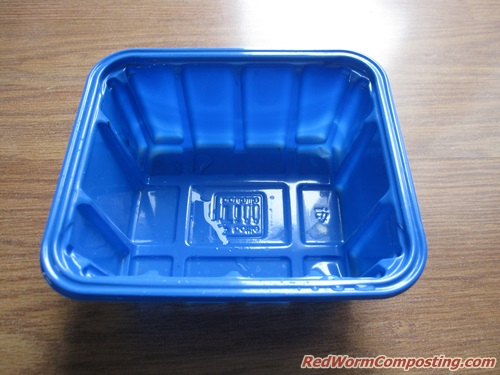 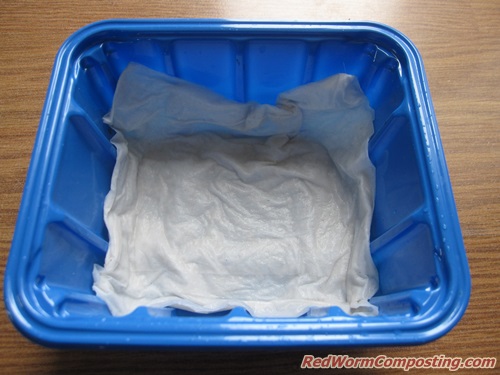 Next, I added the fruit fly larvae and pupae mentioned a minute ago. 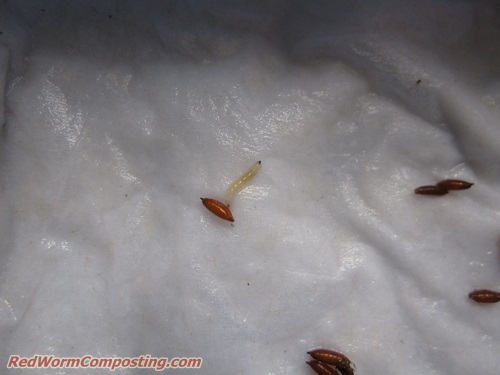 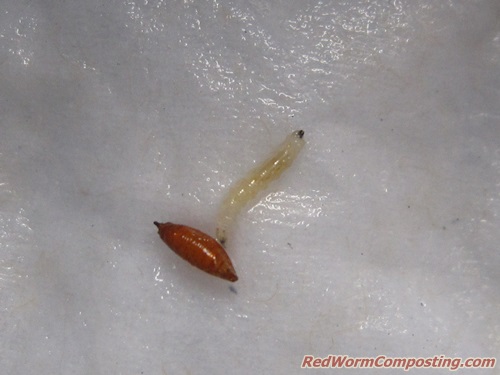 Then, it was time to add some of my Steinernema nematodes. As you can see below, I initially I only added a small amount. I figured that with only a handful of host organisms available to the nematodes it didn’t make much sense to go too crazy. 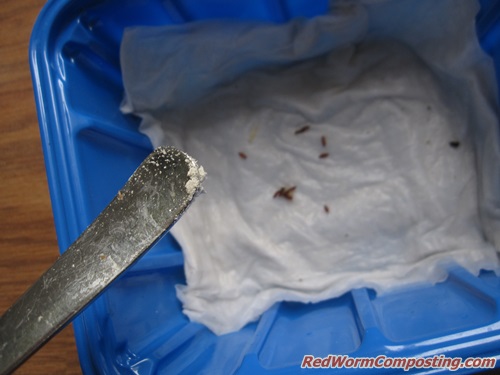 This was when things got quite a bit more interesting!

Another project for today has been checking on my new 4 Worm Reproduction Experiment (will write about that in another post). Long story short, while digging through the contents of the 4-worm system I started finding quite a few fungus gnat larvae. Naturally, I decided to add a bunch to my new Steinernema rearing system!

I didn’t bother to try counting the fungus gnat larvae as I added them, but if I had to guess I’d say that at least 50 more larvae were added to the culturing bin. As such, I decided I should add some more nematodes as well!

Here is a photo showing what the fungus gnat (FG) larvae look like in comparison to the fruit fly (FF) larvae and pupae. 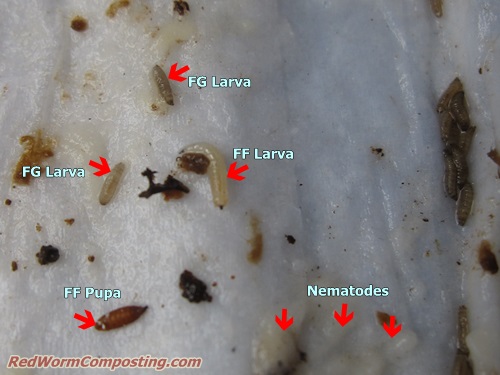 This next one shows a concentration of just gnat larvae 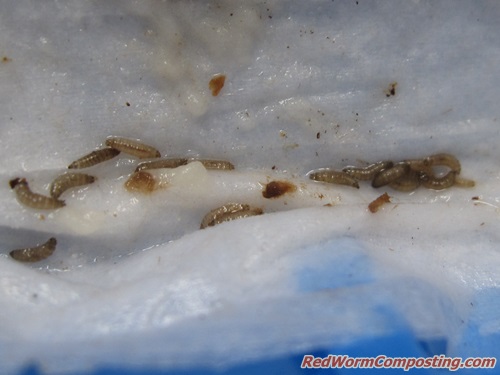 Once I was satisfied with the quantity of gnat larvae I had added, I added some moistened, shredded corrugated cardboard over top of the paper towel and sprayed in a bit more aged tap water. The container was then placed on top of another small tub sitting on my seedling heating mat. The idea here is to warm up the system to something closer to a normal “room temperature” (since my basement is fairly cool) so as to hopefully get the nematodes more active.

What’s really interesting is that since the time of getting this set up, I keep noticing gnat larvae crawling up the side of the container – even with a pretty bright light shining over top. I have also seen at least a couple of adults coming up from down below.

My hunch is that the presence of the nematodes sets off a some sort of “danger” indicator mechanism in the larvae/pupae, making them want to migrate away or accelerate their emergence (in the case of pupae).

This seems consistent with one of the other times I tested out Steinernema, when I found what looked like quite a few partially-emerged dead adults on the inner walls of the system.

In this case, I suspect the larval migrations could end up being a bit of a pain in the neck – and I may end up losing a fair number of them as a result. What I might try is putting the culture system inside a bigger container, so that even if some do manage to escape, at least I can find them in the bigger bin – rather than having them dry out and die on the heating mat (which would obviously kill any nematodes that had invaded them as well).

The MSU culturing info says that infected wax worms usually die within 72 hours. Perhaps this will happen even more quickly with these much-smaller gnat and fruit fly larvae. Whatever the case may be, I think this will be an interesting experiment!