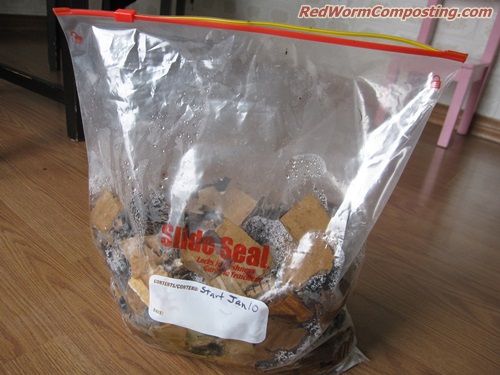 A couple of weeks ago I wrote about my interest in testing out plastic zipper bags as “worm bins”. My first test system has been sitting on my seedling heating mat (sans worms) ever since.

Not too surprisingly, the waste materials that were added initially have broken down quite a bit, moisture has spread throughout (soaking all the dry bedding I added during set up), and – as you can see in the image above – the overall level of material has gone down a decent amount as well.

I’ve also been watching as other composting critters have been taking advantage of the available resources (remember, I added some living material – and it would have contained a wide array of organisms). The most obvious ones, interestingly enough, have been nematodes. Although very tiny, they can end up in such high densities that it becomes much easier to see them congregating on the sides of the bag (the light I have shining on it helps as well).

More recently I decided to try adding some old dried beans and rice I kept after a recent cupboard clean-out (NOTE: I put them in my chest freezer for a number of days so as to hopefully avoid having them sprout). The nematodes really seemed to go crazy on them – the images you see below are some of the concentrations found next to some basically-liquified beans (second image is just a close-up of first one). 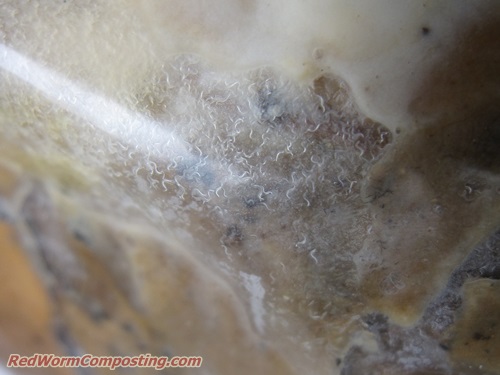 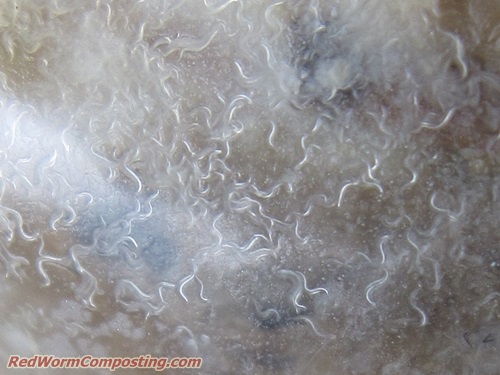 As the title of this post implies, my first system will simply be a reboot of my 4-Worm Reproduction Experiment. One of the challenges I had with the original project involved the drying out of the system (I was using a wooden stacking tray bin), which undoubtedly had a negative impact on the worm population (although, who knows – that may have actually stimulated even more cocoon production).

These zipper bag systems will definitely provide a different sort of environment, so it should be interesting to see how things progress!

As I normally do, I selected 4 immature Red Worms as my “guinea pigs” for this experiment. Obviously, I didn’t want to run the risk of adding fertilized worms to the system – and just generally, it’s not a bad idea to keep things as consistent (with previous 4 worm projects) as possible. 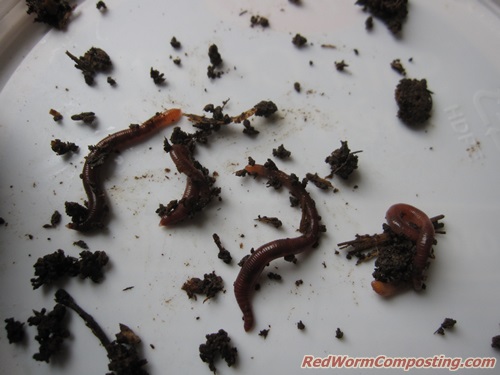 I am confident the worms are going to have a pretty incredibly buffet of goodies in their new home (which in case you are wondering, is no longer sitting on the heating mat). I can’t wait to see how fast (and how big) they grow!