A Tale of Three Vermicomposts 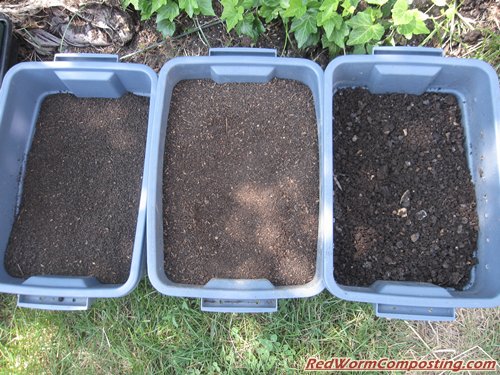 Happy Independence Day to all those of you in the U.S.!
8)

Not too long ago, I posted a video discussing how vermicomposts can differ considerably, depending on the system being used, the materials being vermicomposted, and the experience level of the person taking care of the system (among other factors). If you missed that one, be sure to check out this post: A Look at Different Vermicomposts

As mentioned in the video, my plan has been to test out three of the different vermicomposts I currently have available:
1) WF-360 vermicompost
2) Worm Inn vermicompost
3) Farmyard manure vermicompost

Today I set up my first (multi-pronged) experiment. The main thrust will involve testing each of these vermicomposts mixed with potting soil and used to grow pickling cucumbers. Unlike most of my other “experiments” as of late, I set this one up in more of a scientific manner – with three reps per treatment.

All soil mixes contain 2 parts bagged (“Black Earth”) potting soil to 1 part vermicompost (so roughly 33% vermicompost by volume, unless my math skills have really gone down hill! lol). I used a small plastic pot as my measuring cup to scoop the materials and then dump them into my mixing tray. 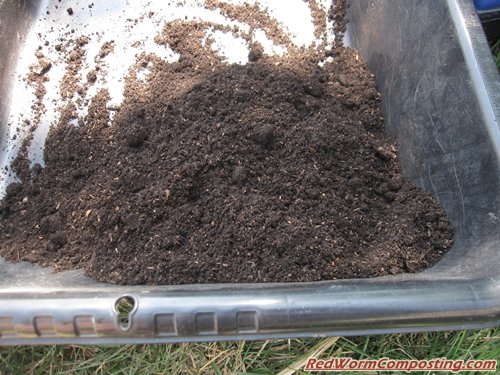 Once I was satisfied that the soil was thoroughly mixed with the vermicompost I filled three small pots with it. This same procedure was repeated for each vermicompost. One thing worth mentioning, though, was the fact that I added more of the WF-360 vermicompost than the other two (as you can see below, the pot was overflowing rather than simply being filled to the rim). I did this because the moisture content of this material was considerably higher than both of the other ones (which seemed to be very similar to one another). Obviously, if this was a “real” scientific study I’d make sure to standardize everything (same moisture content etc etc), but I think “close enough” is just fine in this case. 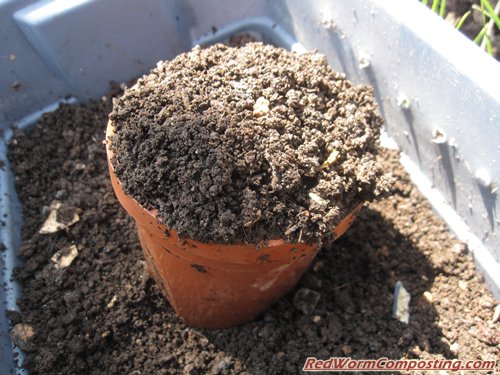 For comparative purposes I felt it was also important to include a treatment containing ONLY the bagged soil (no vermicompost) – so I was left with a total of 12 pots. Each pot received three cucumber seeds, the aim being to increase my chances of ending up with at least one decent plant per pot (the best one being kept for the experiment). 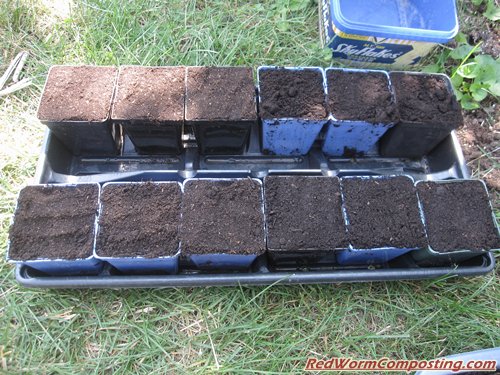 I had some left-over mix (for each) so I set up another smaller trial (of the non-scientific kind – haha) with one pot per treatment. I thought it would be fun to see how these mixes compared for growing passion flowers from seed. 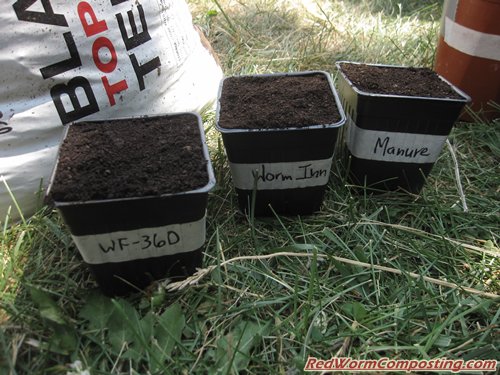 I also thought it might also be interesting to see how these vermicomposts compared (for growing cucumbers) when used as the sole potting material (i.e. 100% vermicompost). Once again, I’ve only set up one rep per treatment, but I don’t think I’ll lose too much sleep over it! 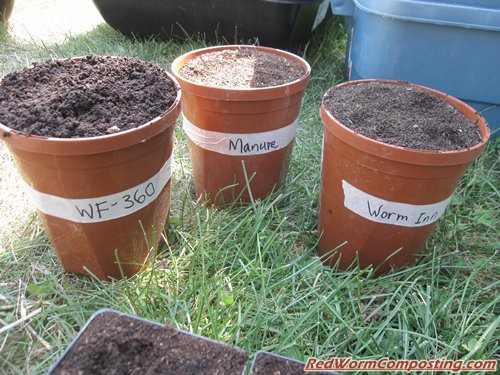 Definitely looking forward to seeing how these three vermicomposts compare! I predict that the manure vermicompost will have the most “fertilizer” power, but beyond that I’m not really sure what to expect.