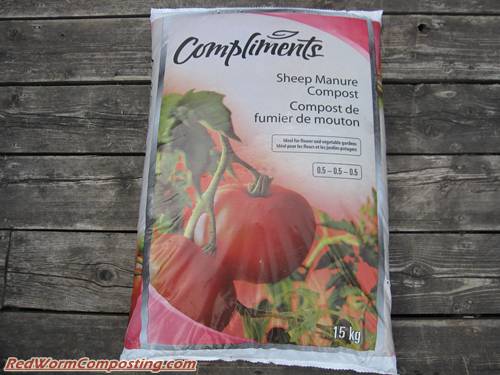 Remember how I said I hoped I’d end up being “surprised” by the results of this one? Well, so far that’s definitely been the case! Worms have moved into the material in both of the beds it was placed in. Again, in some ways this was to be expected in the case of my not-so-ultimate (lol) bin, which I’ve been having no luck keeping nice and moist – but I was still surprised by the number of worms (lots) I found in the compost.

I’m actually starting to think that this might be something of an “ultimate” missing ingredient that could help me to get this bed back in good shape, since it holds water very well, yet it doesn’t have the same heating potential of even the well-aged horse manure I have in my other beds.

I only had a small amount left, however, so I simply put more in the corner where my original test spot was located (will let you know what I did with the rest of it in a minute). 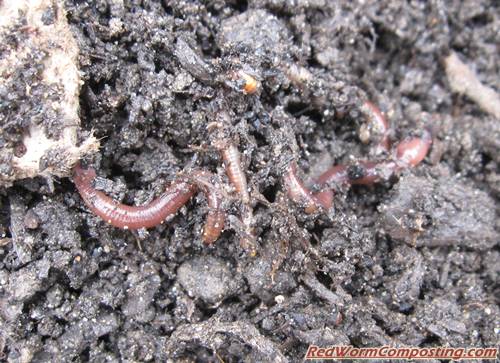 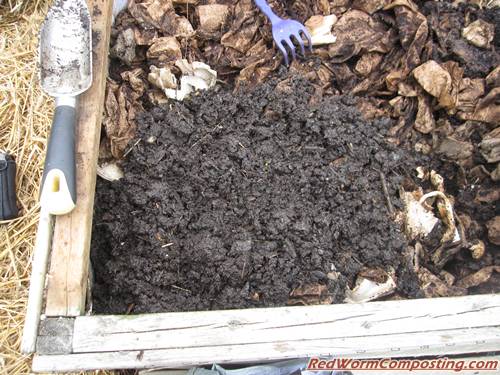 As you may recall, what I really DIDN’T expect to see happen was worms moving into the sheep manure compost that I placed in one of my aged horse manure beds. It wasn’t quite as many worms (as in the “ultimate” bin), but interestingly enough, there now seems to be more worms in that zone than in surrounding aged horse manure zones!

I have a sneaking suspicion that temperature and moisture content are playing an important role here. It’s been very hot as of late and the worms seem to be congregating down near the bottom and sides of my outdoor beds. The material up higher tends to be very warm and not nearly as moist. The sheep manure compost on the other hand seem to hold moisture better, and it doesn’t feel as warm, so this may help to at least partially explain why the worms are attracted to it.

The next thing I want to test is the use of sheep manure compost in an indoor bin. Yesterday I mixed up the remaining amount with some water then put a big dollop of it over top of some bedding materials in one of my Euro bins. Almost looks like a fresh cow patty! lol 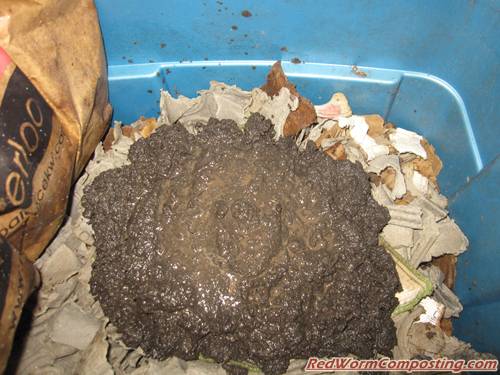 NOTE: Please keep in mind that this is an experiment, and that I have many years of experience with this sort of thing. I would NEVER recommended adding wet sloppy material like that (and that quantity), much less any sort of (untested) “manures” to an enclosed plastic bin. This particular bin actually has really good aeration, and lots of absorbent bedding in it, so I’m very confident there won’t be any issues at all.

I’m actually really interested to see what the Euros do with it! Temperature and moisture content aren’t going to play as important a role as they do in the outdoor beds, so if the worms do show an interest I think it may suggest some actual “food” value.

Anyway – lots more to come on the bagged manure front! Now that I know it has some potential value, I want to conduct a variety of tests with it, and try out some other kinds of bagged manures. It’s pretty inexpensive stuff, so it could potentially end up being a good habitat material to mix in when setting up a normal worm bin!
8)