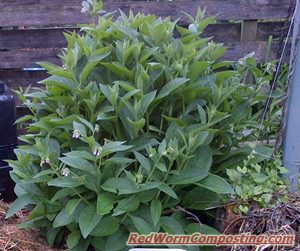 Back at the end of May I wrote about a new bin set up to test the viability of Comfrey as a sole worm food for Red Worms (see “Comfrey as Sole Food Source for Worms“).

[Just as a reminder, when I say “sole food source” it should be assumed that plenty of bedding materials will be added as well to help keep things balanced.]

As you can likely guess, this has been (and will likely continue to be) a very low key experiment. Comfrey can take some time to break down – even when chopped up – and it is not something I just want to keep piling into the bin, due to the nitrogen (and water) content.

Today is just about exactly 3 weeks from the start of the experiment (and nothing was added after the initial set-up), so I thought it might not be a bad idea to check on the system and add some more food/bedding.

Clearly the overall level of material had dropped quite a bit, and I saw some evidence of what might have been slime mold growth. Digging around, I was also surprised by just how many cocoons I found. 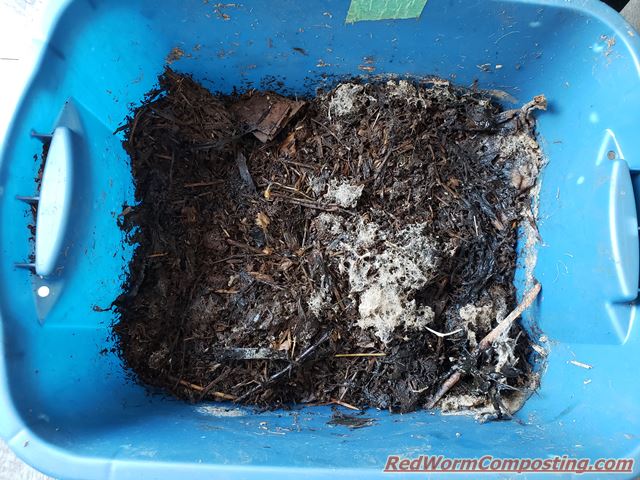 There weren’t huge numbers of worms up near the top – and a lot of them seem to be smaller/younger, but there were enough to give me the impression that things were going OK.

That being said…I did end up finding a couple of dead worms (during a pretty quick exploration). I can’t say for sure whether or not they were Red Worms – the material I used from the outdoor bed could have easily had some soil or semi-soil worms in it as well, and they certainly wouldn’t have done well in this system.

Further down, I found plenty of intact shredded cardboard and some larger worms. I suspect that if I had done a more thorough dump and sort examination, the worm population as a whole would have semmed quite healthy.

Nonetheless, things did look pretty wet and – just to be on the safe side – I plan to up my cardboard/paper bedding inputs moving forward.

I added a nice thick layer of shredded brown paper and cardboard as my “bottom” layer today. 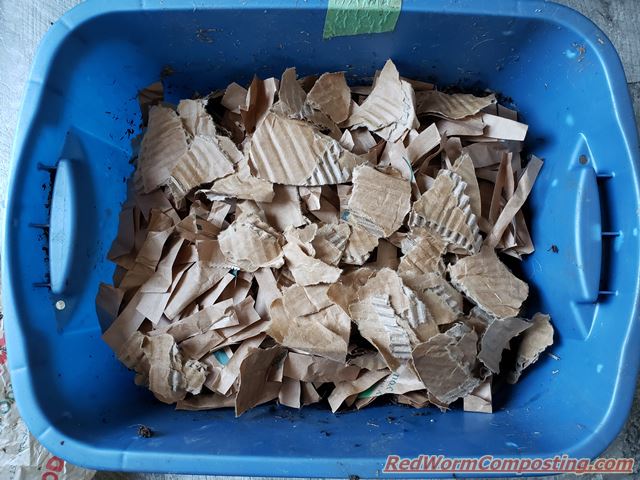 Next, I just added more comfrey and once again snipped it up with a pair of scissors… 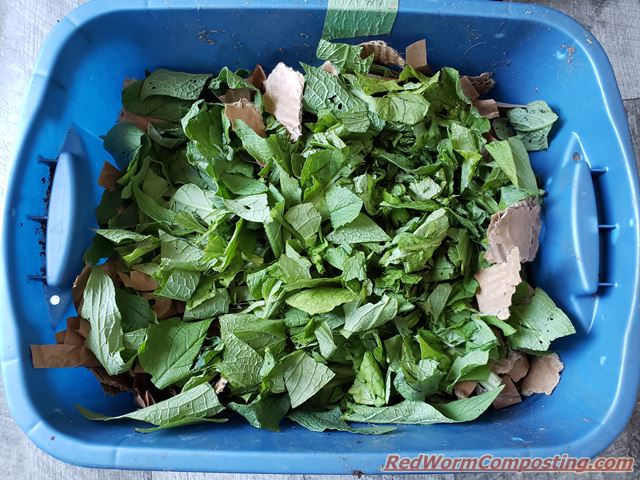 …before finally putting the loose plastic bag back in place. 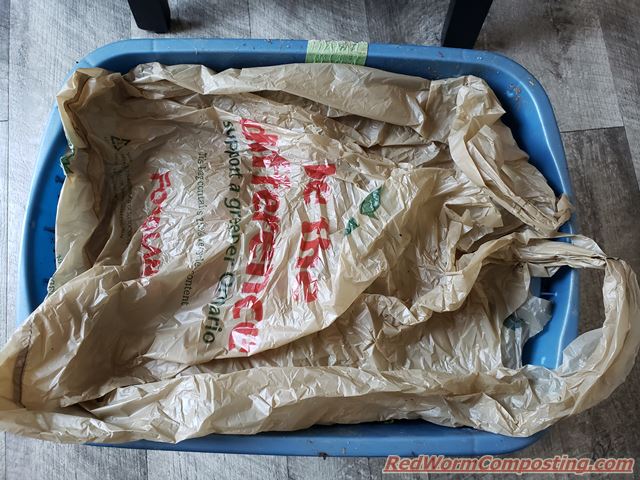 Coming back to the high densities of cocoons, slime mold, and dead worms – I have a sneaking suspicion the comfrey decomposition (which can start slow and then become a rapid liquification) ended up lowering the habitat quality, and maybe even killing off a decent number of worms (hard to say for sure). This type of stress can trigger a lot of cocoon laying – a strategy to help ensure the survival of the population in case all or most of the worms die.

I’m optimistic that things will be better balanced moving forward since I’ll only be adding comfrey and bedding (and more bedding than before, like I said). I wouldn’t be surprised if the original aged manure habitat combined with the liquid-comfrey resulted in excess levels of nitrogen (leads to ammonia release).

Anyway – should be interesting to see how things proceed from here!
Stay tuned.
😎