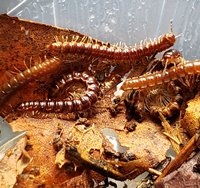 I recently wrote about my “Uber-Natural” system, with contents (and organisms) more reminiscent of a forest floor than a typical worm bin.

I’ve also recently been having a super-fascinating discussion with a worm farming friend ALL about the wide range of other “critters” apart from composting worms that are easy and even profitable to raise. This guy makes great money selling various arthropods on the side – likely more than he does selling worms!

I’ve always felt a lot of these other worm bin organisms are very much underappreciated just based on the ways they can assist the worms in a vermicomposting system – but it is pretty clear they have some potential even in being “farmed” independently as well. 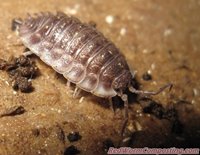 All of this kinda came together as a “perfect storm” of sorts in my brain, inspiring me to “play” with a few of these other organisms independently. The three I have selected are: isopods, millipedes and springtails.

I feel like I have explored the topic of “composting” (in some way, shape or form) with each of these in the past – but it’s safe to say I never went too far with it. I’m hopeful this project will prove a bit more fruitful. One bonus this time around is that my friend (mentioned earlier) has been sharing tips about how to effectively raise these other organisms on their own. I always assumed it would be roughly the same idea as raising worms (with somewhat drier conditions), but it seems it might be a bit more nuanced than that.

My “starter culture” of springtails actually came from one of my Urban Worm Bags. When I water the system, lots of them tend to end up down in the plastic catch bin sitting below. 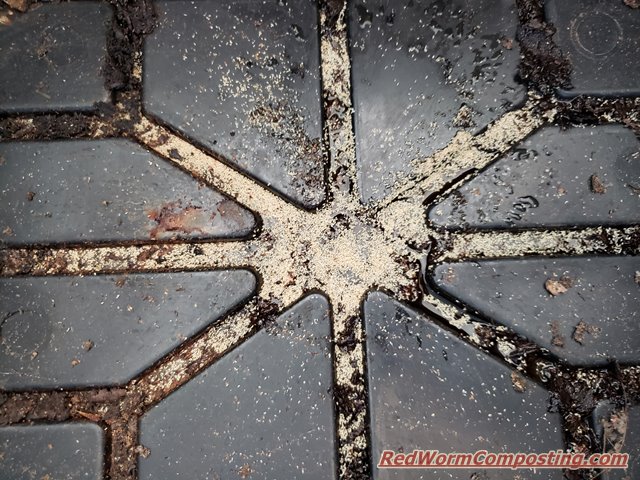 The set-up process for my springtail bin was super basic. First, I laid down some dry newsprint in the bottom of the bin. Then, I added a bit more water to my springtail catch bin and poured the springtail-filled water into the new bin. For “food” I added a few poultry feed pellets, a small amount of apple and some ground up fall leaves. Lastly, I simply put on the lid. 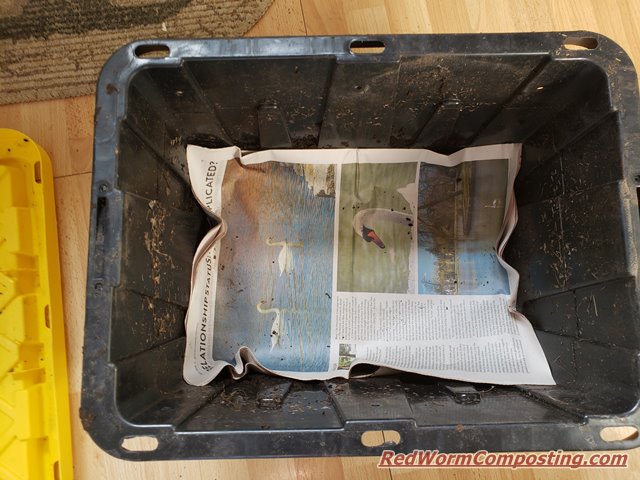 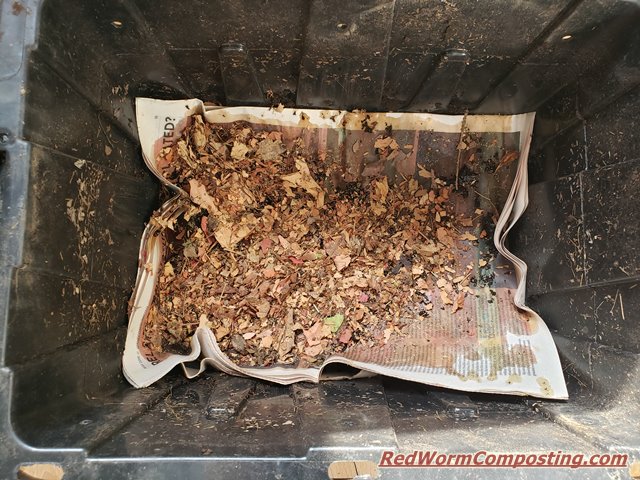 In my Uber-natural bin I seem to have two main kinds of isopods – the armored “rollie pollie” types that roll up into a ball when threatened (pretty sure they Armadillidium sp), and faster moving ones that are flatter with a softer body (Oniscus sp and/or Porcellio sp). I ended up adding about 5 of each to a bin – more info about set-up in a minute. 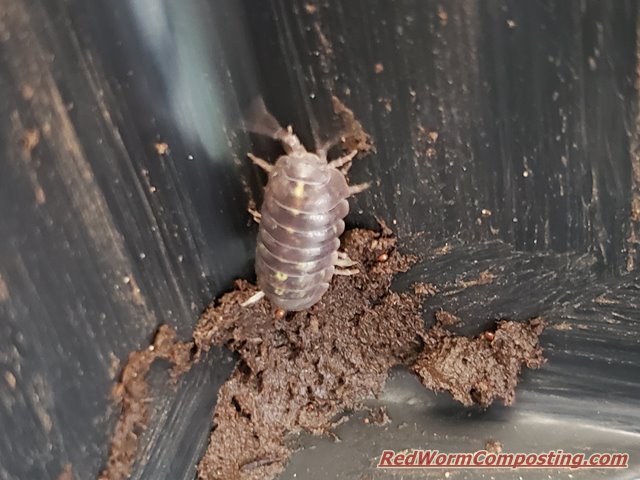 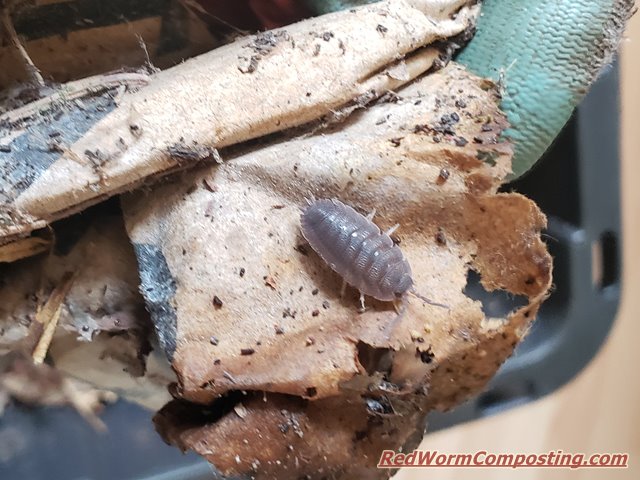 The dominant millipede I’m finding in my indoor bins is an interesting one – not the more cyllindrical grayish ones I typically find out in the yard – but a brownish, more flattened one that some would likely confuse with a centipede (definitely not – since very slow, and also curl up when threatened). I added 11 mature (darker) individuals to my millipede bin. 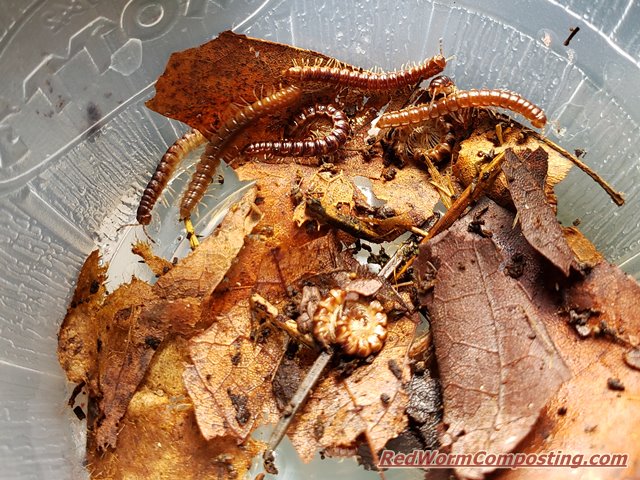 The set-up for both the isopod and millipede bins was almost identical – and definitely a little bit “fancier” than the springtail bin. Basically just plenty of old ripped up cardboard and brown paper, fall leaves, some newsprint, a sprinkling of poultry feed and a chunk of apple, along with a modest amount of water so that the lower reaches would be damp and the overall level of humidity will remain high. 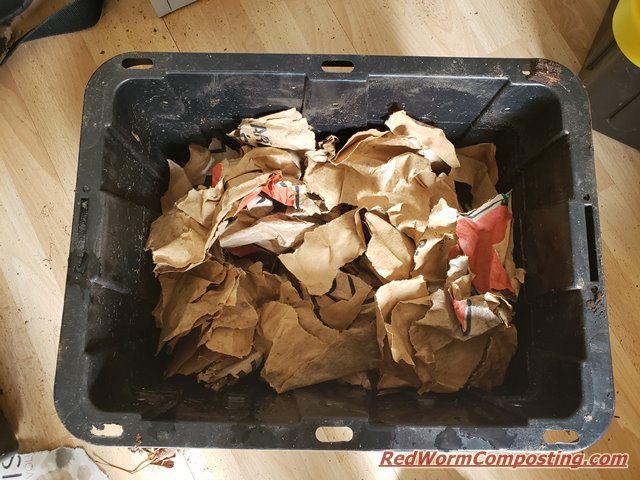 Something I’ve noticed with the Uber bin is that adding a lot of kitchen scraps tends to drive lots of isopods and millipedes up to the top layers and underside of the lid. Some literally crawl out the air holes and die on the floor. It’s pretty obvious they don’t thrive in quite the same rich environments as the worms. Likely helps to explain why I tend not to have huge populations of either one in my more typical indoor worm bins.

This lines up with what my friend has been telling me as well. He said that apart from a little bit or fruit (etc) for moisture, he doesn’t really add kitchen scraps to his isopod systems. They can definitely benefit from some calcium though so I will aim to track down my bag of calcium-rich rock dust and add a bit of that at some point. I suspect the poultry feed will have some calcium as well.

One other interesting tidbit I learned is that millipede poop (“millipoo”) is apparently very valuable stuff, so I will be really interested to see if I can produce any sort of accumulation of it!

That being said, I don’t want to get too far ahead of myself just yet. Phase I is simply an attempt to see if I can get a decent population of these critters to develop in the bins.

I will keep everyone posted on that front!
😎