The last time I tried to test out the use of European Nightcrawlers in a stacking worm bin I had to pull the plug on the experiment fairly early (due to lack-of-space issues in my basement, and an annoying outbreak of Scuttle Flies). Ever since then I’ve been hoping to start up a similar experiment.

The good news is that I was able to get a new system up and running yesterday. I happened to have a couple of bags of “Euro-Red Mix” – a new worm culture mix I am selling up here in Canada – and everything else I needed to get the ball rolling, so I took advantage of the opportunity.

As always, I started up the system by laying multiple layers of newsprint over the bottom of the first tray. The idea here is to keep the worms semi-contained initially so as to avoid having lots of them crawl down into the reservoir. 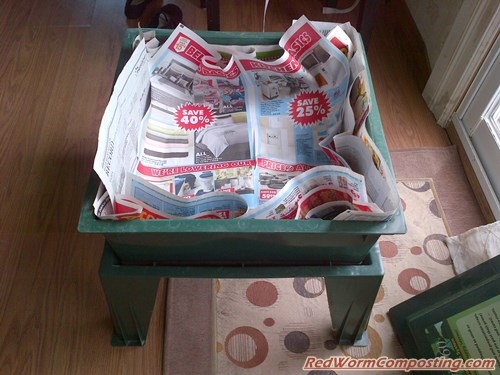 I then added a big bag of mixed food waste 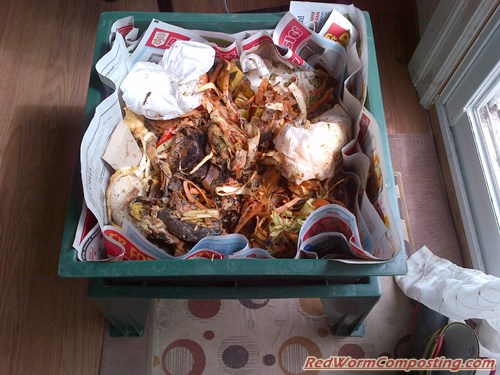 Since I added so much waste all at once, and since I was determined to get the system completely set up with worms on the same day, I decided to “cheat” a little bit by mixing the waste materials with some beautiful, well-aged horse manure. When adding worms the same day as you set up, I always recommend using some sort of “living material” like this (if you are inexperienced with manures, it is probably better to choose something else just to be on the safe side). 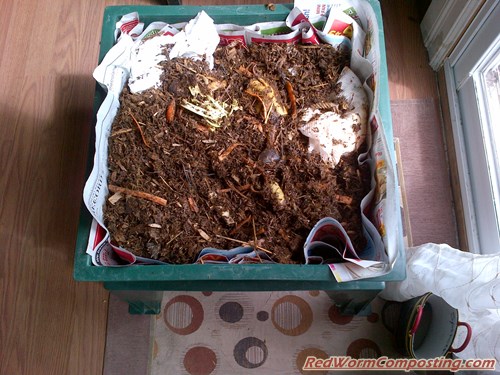 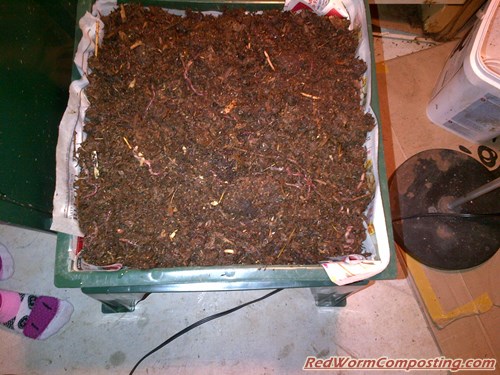 By this point the first tray was almost overflowing (lol), but I still managed to top everything off with some strips of newsprint. 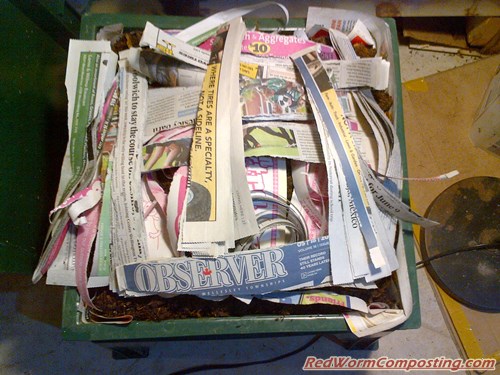 I then left the bin to sit under a bright light for a little while (to encourage the worms to head down), before putting on the lid.

I will now likely just leave the system to sit for a week or so before adding any more food (the worms certainly have plenty to eat for the time being). Unlike last time, my plan here is to add the second tray almost right away (1-2 weeks from now) since I really want to see if the Euros will move up in the system.

Having Red Worms in there as well should provide us with an interesting comparison!