I checked on my two bins today to see how things were coming along. I didn’t want to dig around TOO much, but did want to see if there were any new cocoons yet.

There is definitely at least one in the Euro bin, and at least two in the Red Worm bin (first image below is a Euro cocoon, second is a Red Worm cocoon). 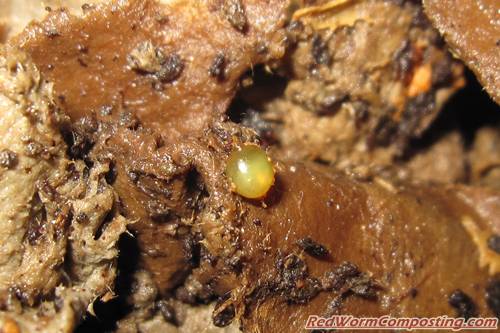 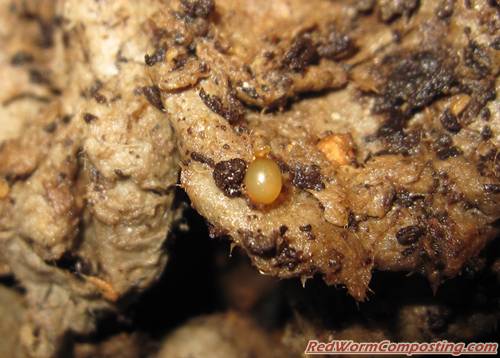 Looks as though the Reds may already be starting to pull ahead of the Euros – but we shall see. Again, I didn’t want to completely excavate the bins (would be pretty stressful for the worms if I was doing that every time I checked on the systems) – so I may have missed some cocoons.

It appeared that the worms had consumed most of the carrot waste previously added to the bins (more so in the Euro bin), so I decided to add a bit more to each bin, along with some water since the habitat seemed a little on the dry side.

I will likely do a more thorough cocoon (and juvenile) count next time around so we know for sure where we are at!
8)

Previous Posts in Series
Euros vs Reds-2-09-12
Euros Vs Reds – Take Two…and…ACTION!
The Euros vs Reds Head to Head Challenge