The Euros vs Reds Head to Head Challenge

It’s been awhile since my last fun experiment, so I decided to start something new today. As the title implies, I’m going to be comparing Red Worms and European Nightcrawlers – specifically looking at their reproduction rates and overall composting potential.

As is often the case with my projects, this hasn’t been designed according to rigorous academic standards (by any means) – it’s really just meant as a “let’s see what happens” fun experiment.

As such, I decided to simply set up two small bins – one for Euros, one for Reds. I just happened to have some food waste mixed with shredded cardboard that’s been sitting in a bin for quite a long time (had been planning to use it for a new Euro system). This was mixed with some new bedding (and further moistened) before being split between the two bins. 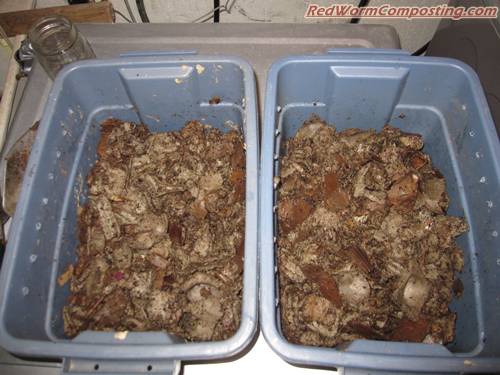 In some ways this is going to be like my “4 Worm Reproduction Experiment” in that I’ll be starting with a small number of worms and then tracking population growth over the course of multiple months. One difference, of course, is that we’ve now got Euros involved as well. One other change is the fact that I am starting with six worms each (not four).

Well, aside from still wanting to keep the starting number fairly low, that just happened to be the number of adult Euros (those with visible clitellum) I was able to round up from another small bin in my basement.

This brings us to the little twist I’ve decided to add. Some of you may recall that I started with juvenile worms for my “4 Worm” challenge – the rationale being that I wanted to ensure that ALL cocoons laid in the system were the result of reproduction that had occurred in the system (adult worms can carry sperm around for some time without the need for further mating – fertilizing and dropping new cocoons all the while).

Since the consensus (academic and otherwise) is that Euros have a longer reproduction cycle, and slower growth rates, I thought it would be interesting to give them a bit of an edge out of the starting gates.

So, I added six adult Euros to one of the bins and six very young Red Worms to the other bin – as you can see below, just one of the Euros was much larger than the combined size of all the Reds! 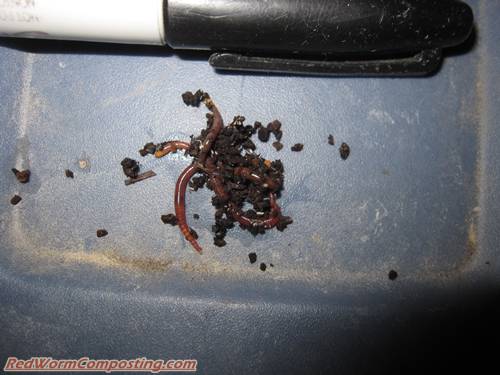 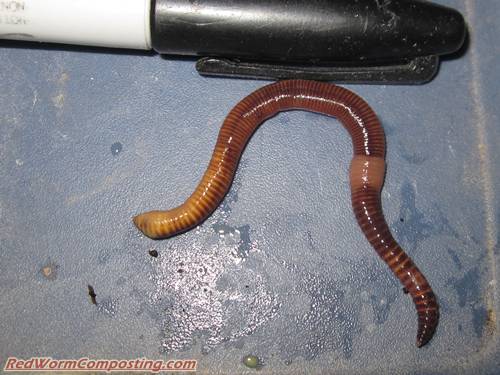 I’m definitely looking forward to seeing how this one pans out, and feel quite optimistic that I’ll be able to see it through to completion. It’s nice and simple, with little in the way of maintenance required. I’ll basically just be checking in on things periodically, with the occasional addition of food/bedding as well (very occasionally early on I’m sure).

IMPORTANT UPDATE: Unfortunately, I somehow managed to kill off five of the six Euros, and potentially most of the Reds as well (need to examine that bin more closely). I’m not sure what happened, but I suspect it had something to do with the really old bedding/food mix I used. The long and the short of it is that I do plan to set up the experiment (or something similar) again – just not sure exactly when. Will keep everyone posted. 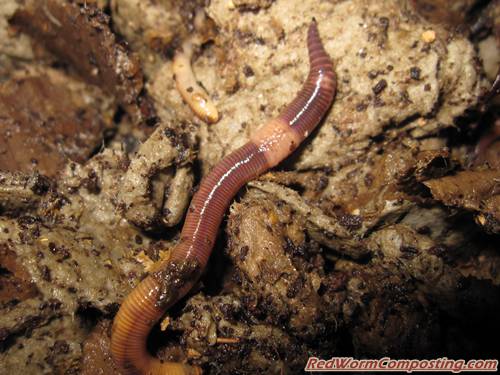