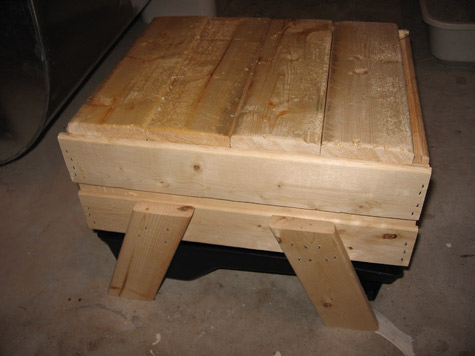 After sharing my idea for this project (back in June), it ended up on the backburner. Well, as you can probably tell, I’m in serious action mode lately so I figured I might as well take advantage of the momentum and get this experiment up and running. Again, in a nutshell, I simply want to see for myself how quickly a red worm population will grow. I originally thought I’d start with only two worms, but subsequently doubled that number to a whopping four!

There is so much hype out there regarding the extreme speed at which populations of these worms can double in size, and even the numbers from reputable sources are pretty impressive so it will be interesting!

I wanted to add young worms only (those without a clitellum) to help ensure that none of the worms were carrying sperm (worms can produce multiple cocoons after a single sperm exchange), but I ended up settling for two juveniles and two adults.

Setting Up the Bin 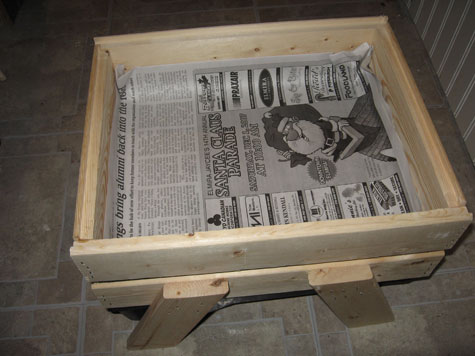 Starting this project provided me with a good opportunity for finally getting my new stacking worm bin up and running (although it’s certainly going to take awhile before I can really test it out!). The first thing I did was lay multiple layers of newsprint down over the mesh floor in the first tray. 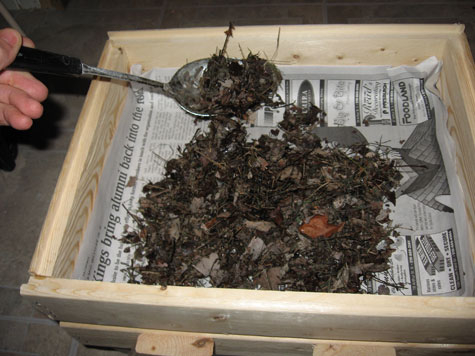 Next I added a mixture of mulched (and aged) grass clippings and leaves. 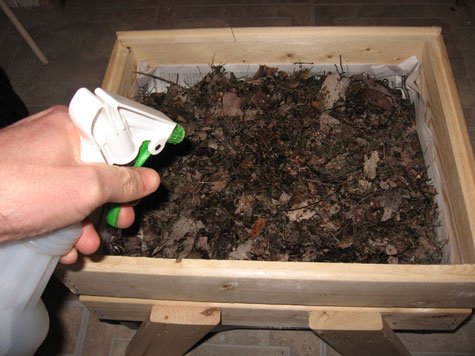 I then thoroughly moistened the mixture to make sure it was ready for the worms. Keeping an eye on moisture levels will be very important with this system given the greatly increased exposure to air (as compared with a plastic tub). 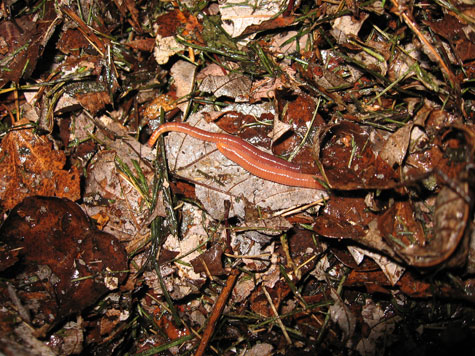 Finally, I added the four worms. The picture above shows two of them moving down into the material. My wigglers seem to love the mulch so I have every confidence it will serve as an ideal bedding/food. I will also start to add some food scraps as well just to make sure there is ample nutrition available in the bin

That’s it! Easy peezy! Now we simply wait and see what happens. Of course, I will be keeping close tabs on the bin to make sure all the worms’ needs are taken care of, and I’ll also be sure to report on any interesting findings (first appearance of cocoons etc).