What`s interesting is that some of the invertebrates – namely springtails and mites – did show an interest in the two pink pieces of gum (Trident watermelon flavor as I recall) – at least initially (see first image below). Perhaps this had something to do with available sugars. 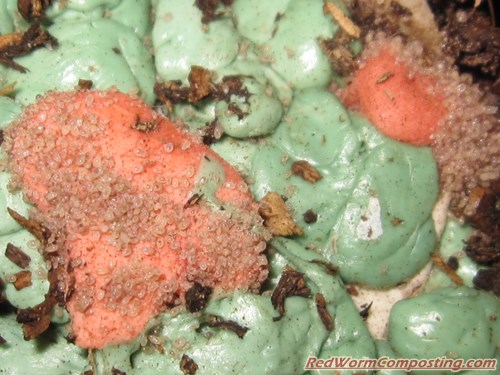 There didn`t seem to be ANY interest in the green gum (Excel spearmint, `Chicklet` style) at any time. As you can see in the second image below, the paper the gum was sitting on DID however get consumed! 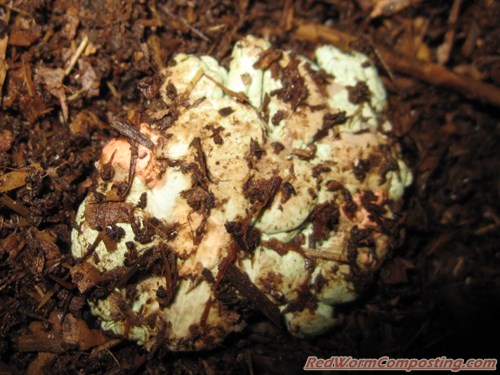 It would still be interesting to see if gum could be broken down during hot composting – but I think it`s safe to say that this material is not going to end up becoming one of my regular worm foods any time soon!
🙂