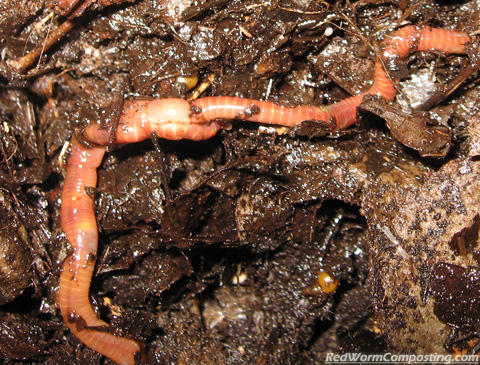 I took a quick look in my ‘4 Worm Experiment‘ bin this morning and found two of the adults engaged in some hanky panky! Of course, as per usual I ran for the camera to see if I can get some decent images.

As you can see, when worms mate they line up facing in opposite directions and press their anterior region together. They secrete a large amount of mucus and produce what are known as a ‘slime tubes’ (each worm will have one) – this is actually what eventually slides off the worm and becomes the ‘shell’ of the cocoon. The clitellum (the thickened band on the anterior region of the worm) produces a compound that causes the slime tube to harden.

The actual copulation process involves the exchange of sperm between worms. Remember, earthworms are ‘hermaphroditic’ – meaning they have both female and male reproductive organs. Nevertheless most species still reproduce via cross-fertilization.

Once mating is complete, worms will continue to produce cocoons as long as their sperm supply (donated by another worm) lasts.

You can actually see a couple of cocoons in the material near the worms (although these were likely produced at a different time).

Hopefully in the next couple months this bin will really start to gain momentum – I am eager to add the next tray, but definitely need a reasonable population of Red Worms in the first tray before the materials will start getting converted to vermicompost at a decent rate. I have a sneaking suspicion that this bin will produce much better vermicompost than the material produced in my sealed Rubbermaid bins due to the greatly increased aeration, but we shall see!

Anyway, I will be sure to keep you posted! 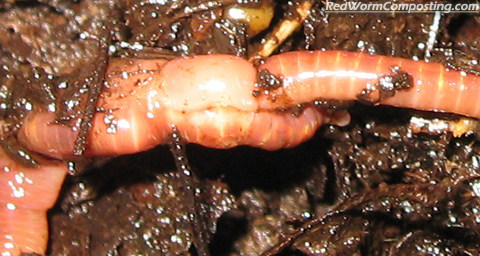