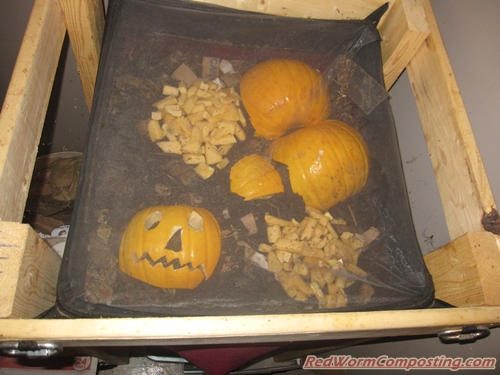 I’ve managed to “kill three birds with one stone” with my latest kooky (or should I say spooooooky? lol) experiment!

1) My Mega has received an over-due feeding.
2) I was able to start using some of the pumpkin waste I wrote about recently.
AND…
3) I even managed to get some “compost activator” involved!

Yep. Earlier in the year I received some small samples from a company that specializes in microbial mixes for various applications, including composting. Ever since then I’ve been meaning to test the stuff out to see what (if any) impact it might have on the breakdown process.

Strangely, it comes in the form of a white powder – not the sort of brown, earthy mix I might have imagined. 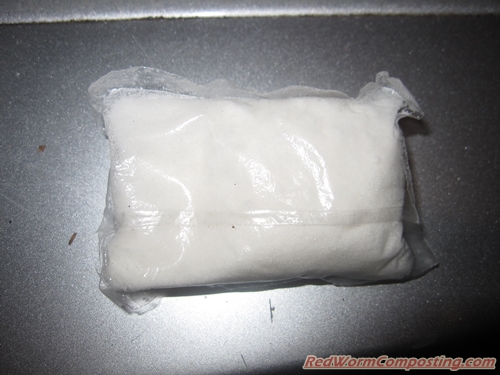 My test is pretty basic – nowhere close to “real” science. I simply chopped up some pumpkin and split it into two 300 gram portions. One portion was added as-is, while the other portion was mixed with the contents of one of the microbe packets (just over 30 g of the mix) prior to dumping it in the Mega. The microbe treatment is the one with the red arrow pointing towards it in the image below. 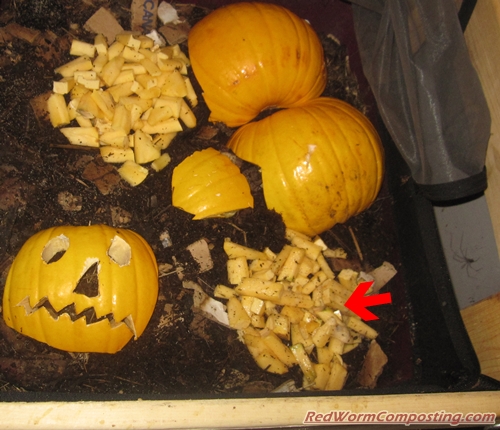 I’m not optimistic that we’re going to witness anything utterly earth-shattering here – especially given how long this stuff has been sitting around. But ya never know!

I figure, bare-minimum, the microbe powder (viable or not) will at least serve as a food source for the worms and other critters in the Mega. So, I certainly won’t be surprised if we see extra activity in the treated pumpkin.

Anything beyond that will be a pleasant surprise.

All told, I added about 5.3 lb of pumpkin waste today – so it was a pretty light feeding in general – and I’ve left it all at the top, uncovered (other than the screen lid). I should also mention that none of it was frozen-then-thawed, as is normally the case with the food I add to the Mega.

Should be fun to see what happens!
😎