I wanted to post a very quick pineapple vermicomposting update today. It has been interesting to watch what’s been happening to the pineapple chunks in the two bins.

So far the worms have shown ZERO interest in the material. In the Euro bin (1st picture below) it doesn’t even look all that different from when we started. There are some springtails interested, but nowhere near as many as on the hamburger buns.

Clearly, conditions in the VB48 are a fair bit different than in the Euro bin (as indicated by the appearance of the pineapple chunk in the second picture). It’s likely warmer in there, and there is certainly a much-more-established ecosystem of invertebrates. Again, the springtails are showing some interest in the material – but it’s the white mites that REALLY seem to like it. Definitely helps to explain why they can show up in great abundance when lots of wet, acidic food wastes are added to a worm bin. 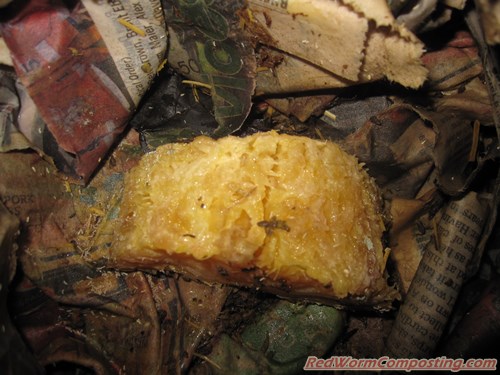 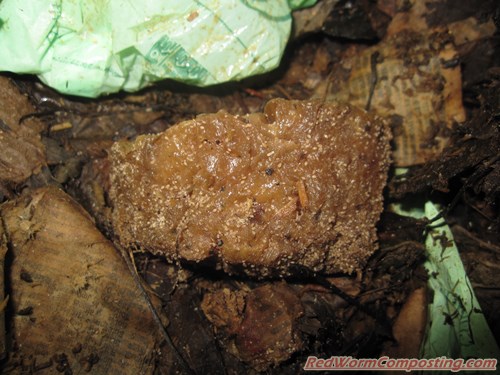 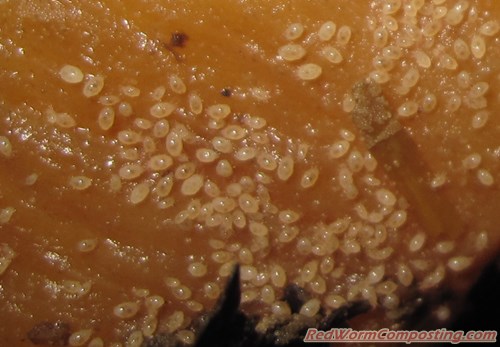 I think the next thing I’ll need to try is burying chunks of pineapple to see if that makes a difference!