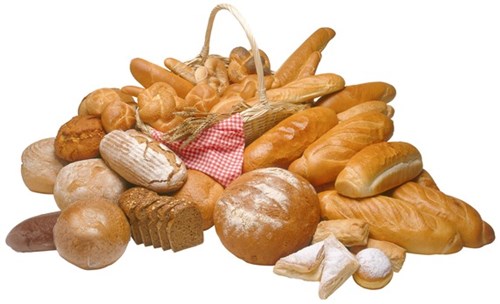 Not too long ago RWC-follower, Kim (“from Milwaukee”) pointed me in the direction of a fascinating segment of the TV program “Dirty Jobs”, involving the host working on a worm farm in Florida (see the comments section of “John’s Passive Worm Harvester“). Specifically, there was a bit about them adding slices of white bread on top of their beds as a means of drawing loads of worms up to the surface that had caught her attention. Unfortunately the episode has since been removed from YouTube (I had assumed that it was an actual Discovery Channel upload – but I guess not), so you won’t likely be able to find it online anymore.

Anyway, seeing this clip definitely made me want to do small trials with slices of bread (or something similar) in some of my own systems. I’ve never thought of bread as being a “great” worm food. Starchy foods in general always end up on my “use with caution” list since they tend to turn into blobs of anaerobic goo when buried in a worm bin (especially if you add a lot at once).

The idea of top-feeding with bread definitely seems like more of an intriguing idea, however. This way it’s much more likely that conditions will remain aerobic, and that the bread won’t end up turning into a wet sloppy mess. There IS of course the potential for some (serious) mold growth – but I guess we’ll have to wait and see!

Like my “pineapple vermicomposting” trials, this is a very basic little experiment. All I did was place two halves of a hamburger bun, face-down, in each of the same two bins used for the pineapple project (a plastic enclosed Euro bin, and my VB48), then cover them lightly with some bedding. 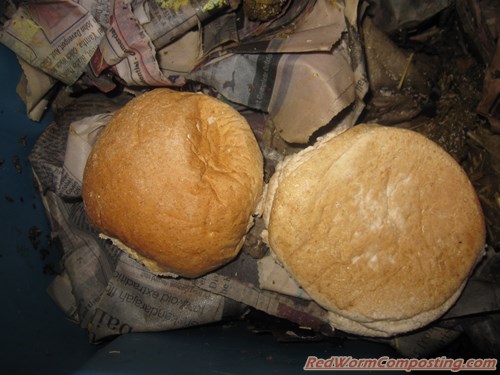 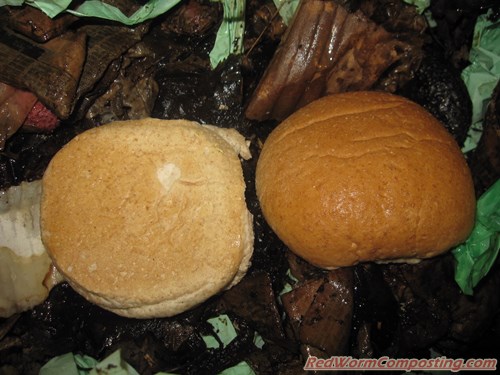 This was done on Friday (or “a few days ago” for those of you reading this at some later time). Since then I have been monitoring the situation to see what sorts of critters (if any) are attracted to the bread. Interestingly enough, in the VB48, I DID find some worms congregated underneath one of the bun halves the next day – but since then it seems to have become more of a springtail party (along with quite a few white mites in the case of the VB48). 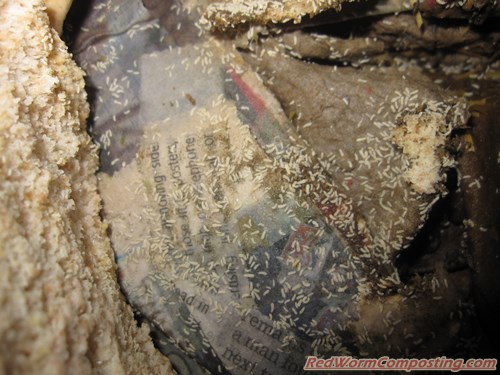 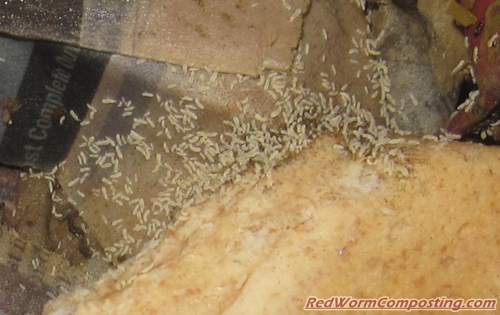 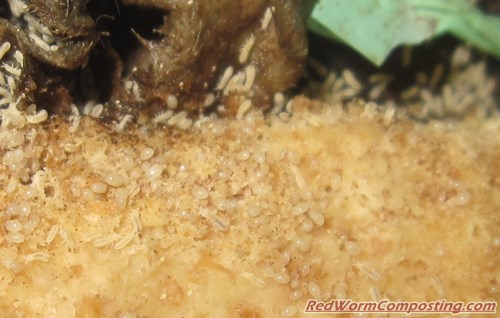 My hunch is that the other critters (likely including isopods in the VB48) will do most of the initial bread-munching, and that the worms will appear for clean up duty a bit later on. But we shall see!

In the meantime I’ll continue to monitor the situation (and take pictures).
Stay tuned!
8)