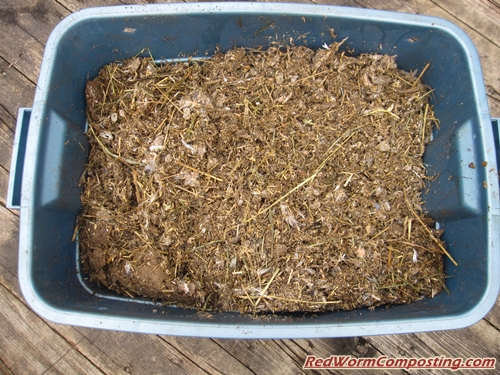 For quite some time now I`ve been wanting to try feeding poultry manure to composting worms. It`s a tricky material – not nearly as worm-friendly as something like aged horse manure, for example – but I still think there is a lot of potential for using it as a worm food.

While I don`t think pigeons are technically “poultry” (lol), I was able to secure some pigeon manure recently, and it looks very similar to the chicken manure I`ve seen in the past. So it`s what I`ll be using initially.

Some of the challenges with poultry manure:

The first thing I did with my bag of pigeon manure was to pour some water through it. My hope is that this will help to lower the salt content a fair bit. 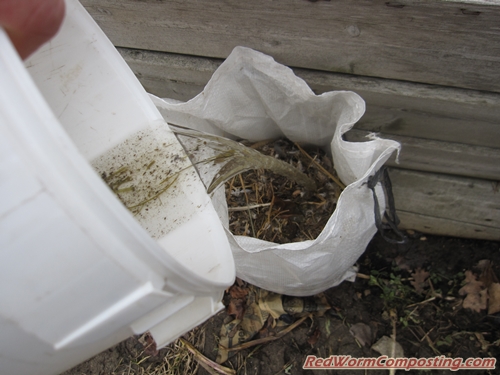 Then I dumped it out in a tub and watered it down some more (moisture was actually not very well distributed after my bag watering session). 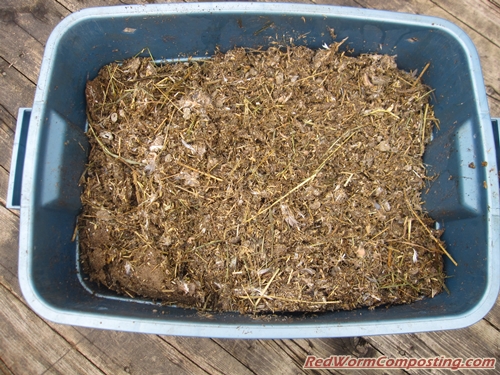 Next I removed some of the manure from the upper zone (presumably this will be fairly well leached stuff) and placed a small amount of it at the top of an open air horse manure worm bin I have going in my basement. I then gently moistened a bit more for good measure. 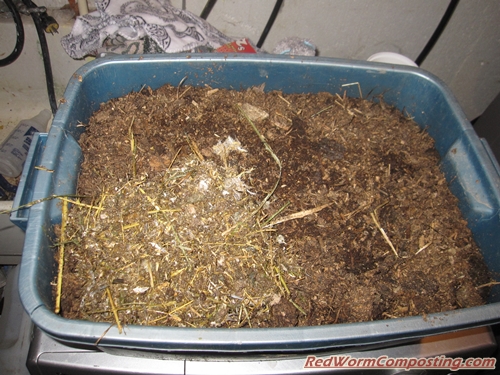 Lastly, I added a plastic bag over top to help retain moisture. 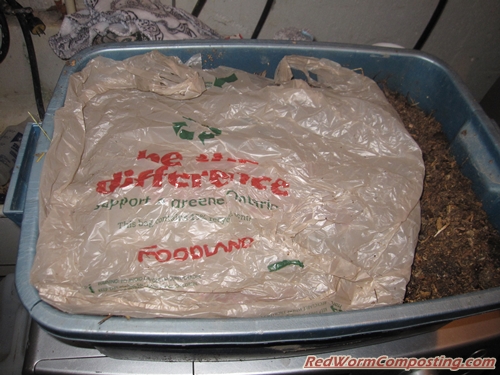 Now I’ll just keep an eye on it to see how long it takes before worms start feeding on it.
My hunch is that it may take some time, since this was reasonably fresh stuff.

I will likely mix the rest of the manure with some shredded cardboard and test in an outdoor bed.