Quick update on the “Tiny Tub Challenge” front for you.

After leaving my comfrey and cardboard systems to sit for about a week, I finally decided to add the contents of my two tiny tubs.

By this morning, the comfrey was looking nicely decomposed, and there was some obvious fungal growth in both bins. 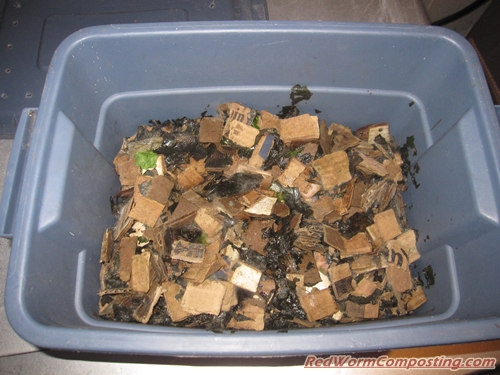 The first thing I did was mix in a lot more shredded cardboard (likely as much as was originally mixed with the comfrey), along with a little more water.

Everything smelled nice and earthy – no anaerobic or ammonia smells – so I’m confident the systems are very much “ready to go” for the worms. 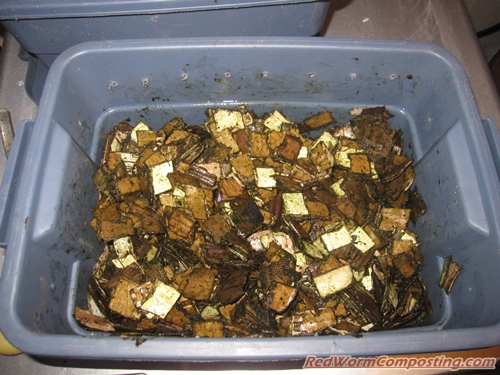 Speaking of worms, I’m feeling a little less optimistic about my chances of re-starting population growth. In Tiny Tub #1 I only found one of the larger worms and one tiny worms (both looking rather sad). I’m worried that my handling last week – as limited as it was – may have been the straw that broke the camel’s back as far as the worms’ survival goes.

Bare minimum, I’m at least hopeful there are some viable cocoons in both systems! I guess time will tell.

Adding the contents of the tiny tubs simply involved dumping them into their corresponding larger bins, and then gently mixing everything together. 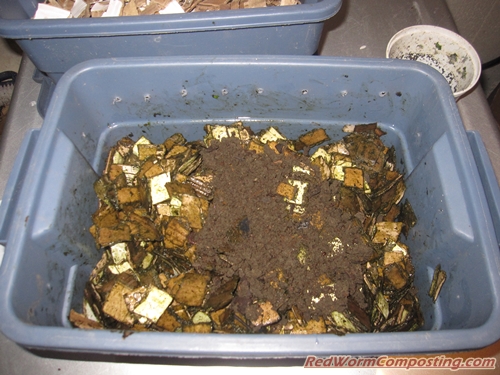 Now it’s just a matter of “waiting and seeing”. I’ll more than likely let the new bins sit for at least a couple of weeks before having a look inside.