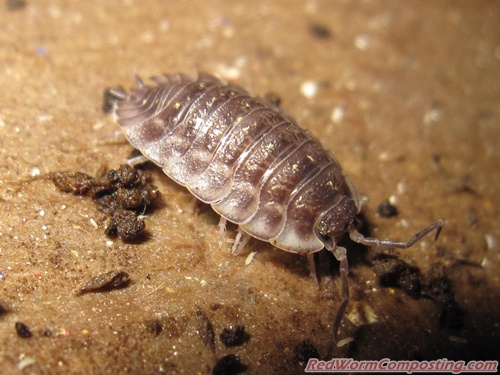 Back in September I decided to try something…well…different. After seeing loads and loads of isopods in my hay bale garden beds, along with some nice looking “castings” (for lack of a better word), I thought it might be fun to try “composting” with them.

I’ve appreciated their talents as “shredders” – breaking down resistant, high C:N materials – in worm composting systems for quite some time, but I wasn’t sure how they would fare on their own.

As outlined in my first post on the topic (see “Composting With Isopods?”), I set up an open tub system with lots of old hay (from garden bales) and shredded newsprint. Since then, I have fed the system (with small amount of food scraps) only twice.

So far, I haven’t seen anything particularly earth-shattering happening in the bin. While I DO see quite a few isopods (including lots of very young ones), it’s hard to say for sure if any of them have actually been born in the system. What’s funny is that it’s various other critters in the bin – including a larger worm population than I assumed was in there – that seem more interested in processing the food scraps than the isopods. 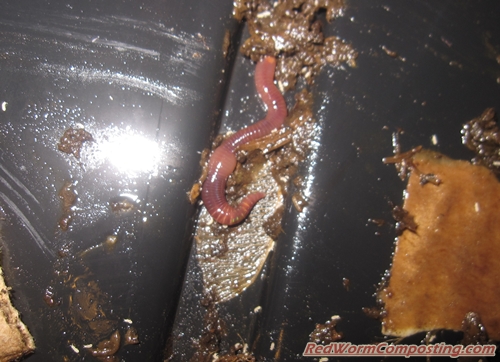 We’ll see how things progress over the next month or two – but I’m not overly optimistic that this is going to pan out as a stellar “composting” method.

But do stay tuned…just in case!
😆