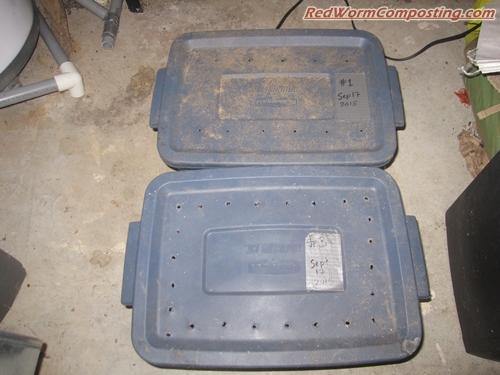 I checked on my new “tiny tubs” (which perhaps should be referred to as “small bins” henceforth – lol) yesterday to see if I could find any signs of life. As you may recall, I decided to see what would happen if I transferred the contents of my (badly-neglected) original tiny tubs over to new, larger bins. (see “Tiny Tub Challenge – 9-17-15“)

I had prepped the new bins ahead of time with a mix of shredded cardboard and comfrey, so as to provide the worm survivors (and any new hatchlings from cocoons) with a much better quality living environment.

You may also recall that one of the original tiny tubs seemed to contain a handful of worms (most of them very tiny), but that I didn’t find any signs of life in the other one (other than some potentially-viable cocoons).

When I opened up the bins yesterday, right off the bat I noticed that the no-worm bin had little fungal fruiting bodies popping up in it, along with a fair amount of cottony mycelium. There were no fruiting bodies in the other bin, and considerably less mycelium. 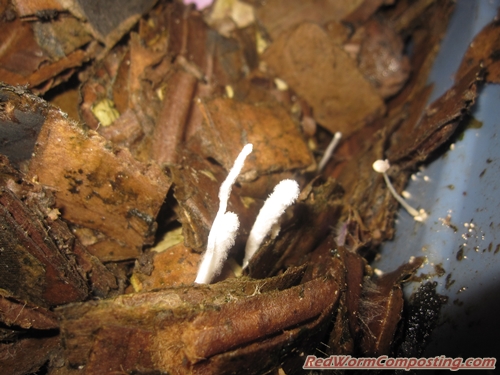 This is a common difference between bins allowed to age with no worms and those with worms – and, as you might guess, it’s likely due to direct consumption (or bare minimum, disturbance) of the mycelium by the worms.

Not too surprisingly, I didn’t end up finding any worms in the bin with the fruiting bodies – but I did find some in the other bin.

My only surprise in the worm bin, was that I could only seem to find a total of two worms (I didn’t actually count the worms in the tiny tub back in September, but I know there were at least 5). I had been worried that disturbing the badly-neglected tubs might end up being a sort of “last straw” for some of the worms – and I guess I was right.

Interestingly, one of the worms was a considerably larger, very healthy looking adult. I’m guessing it is one of the original two worms added to the tub in the first place. 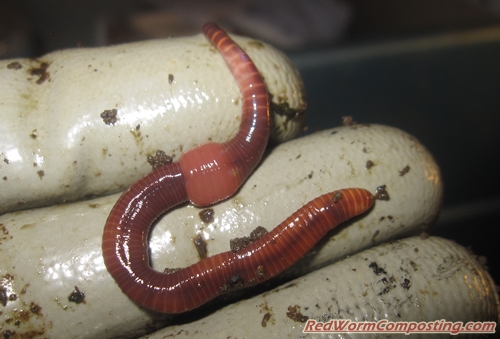 The other worm was much smaller, and not quite so healthy looking. 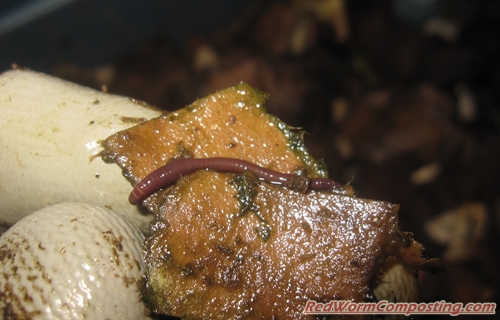 I will continue to monitor the bins to see how things progress from here. I’m really interested to see if ANY worms appear in the no-worm bin, and of course also interested to see what sort of population ends up developing in the other bin.

How Do You Know What’s Worm Castings and What’s Bedding?