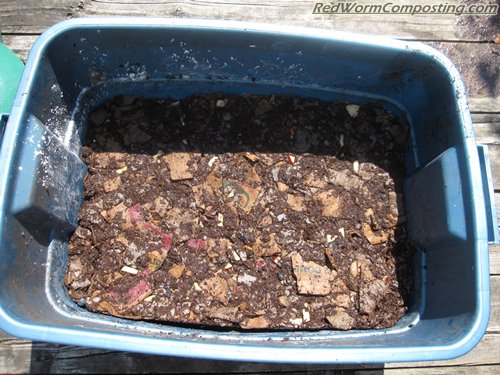 Just over a month ago, I spent part of a rather mellow Friday making “vermi pancakes” with my daughter. It was a lot of fun, but we only ended up making a handful of them, so I was left with lots of extra “batter”. Rather than simply dumping it out (into a worm bed, of course) I decided to make a sort of vermi-cake out of it by flattening it down in the bottom of a Rubbermaid tub. I then left it to sit in my shed until last week, when I finally decided to test it out as a worm food.

First, I pulled back the straw from a particular stretch of my vermicomposting trench worm bed.

I then simply dumped the “cake” in… 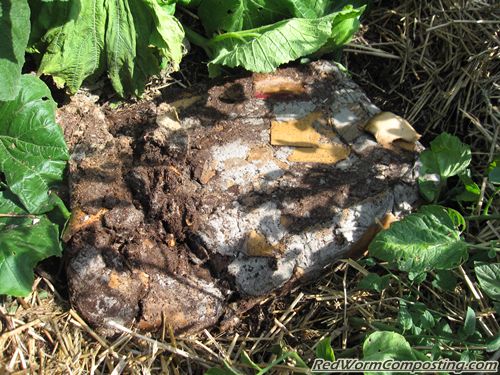 …watered it down thoroughly… 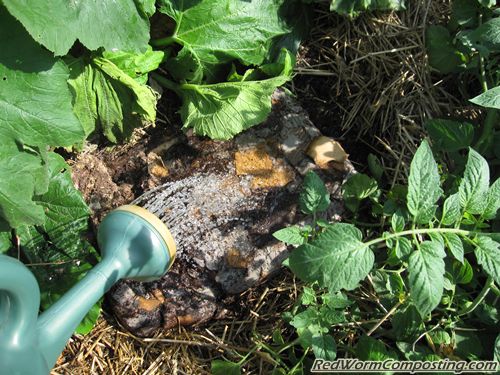 …and covered it back up, before leaving it to sit for about a week or so. 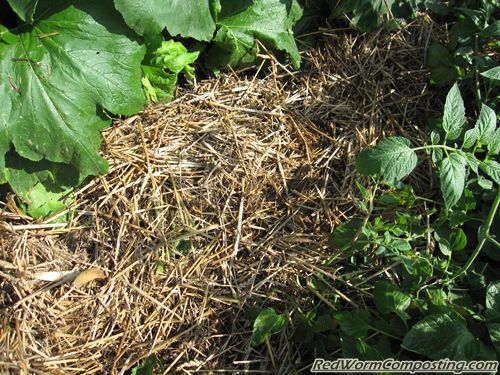 This morning I decided to see how things were coming along with the cake – specifically, how the worms worms were responding to it. Well, the good news is that the worms seem to LOVE it! The cake was literally crawling with worms. Unlike some of my “homemade manure” mixes, I don’t think there was even any lag time before the worms started moving in. Removing a lot of the moisture before leaving the mix to sit was the key, since it was able to remain fairly aerobic while it dried out even more. 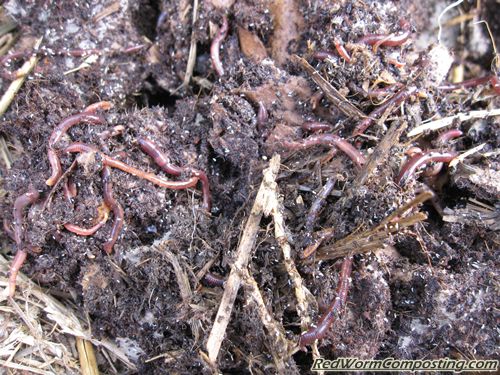 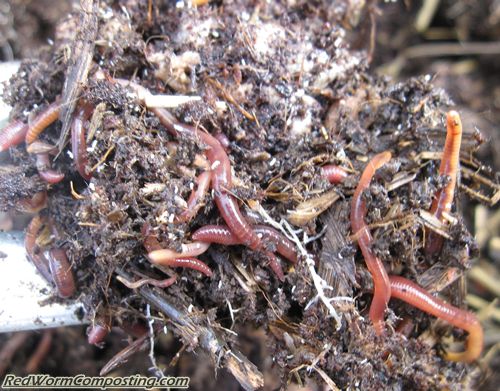 Making the pancakes and cake was mostly “in good fun” (something fun to do with my daughter that I could also share with my readers). I certainly didn’t any serious plans/expectations as far as creating a practical worm “food” goes. In thinking about it some more though, I think this could actually be a great way to not only produce an excellent food/habitat material, but also one with a “shelf life”. I have little doubt that I could have left my vermi-cake to sit for months before use, and it still would have been appealing to the worms (once hydrated). Microbes will often tend to go into a resting state once moisture content drops to a certain level – bouncing back pretty quickly once provided with water. So, I think it would also be a good idea to use aged food scraps when making the cakes.