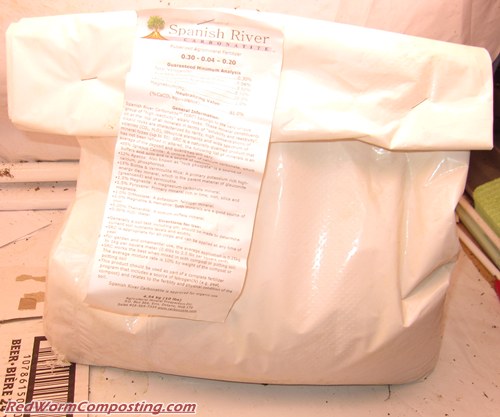 It’s weird – for whatever reason, as of late I seem to be connecting with a variety of really interesting people and being presented with unexpected opportunities! This past Friday was a prime example.

Back in February I received an email from Klaas Baan of Agricultural Mineral Prospectors Inc (AMP), asking if I might be interested in testing a refined agro-mineral product his company sells. It sounded reasonably interesting, but for some reason I had it in my mind that it was a coarse gravel, with limited potential for anything composting related (I thought maybe I could test it out as a vermiponics growing medium) – looking back at our first exchange now I see that it was simply a matter of me not reading closely enough (DOH!).

Well, a few months went by with no further communication with Klaas and, as per usual, I completely forgot about it – until this week when he sent me an email asking if I was still interested in testing the material out. Long-story-short we set up a meeting time on Friday and he drove to my place for the drop-off and chat.

The material in question is called “Spanish River Carbonatite” (links to AMP website), and it’s a calcium-rich mineral mix of ancient volcanic origin. Not only is it not a “gravel” – screening leaves a very fine particulate matter (first picture below) – but they’ve even micronized it (the material in the second picture below) to greatly reduce the particle size (on par with the size of bacteria if I remember correctly). 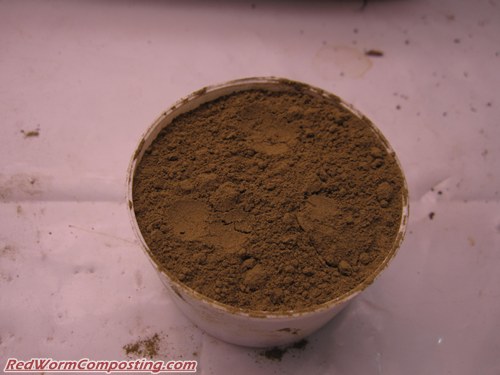 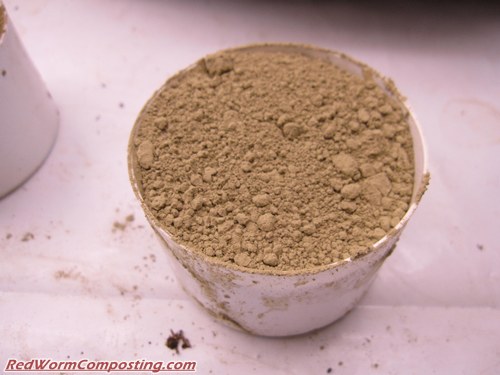 Once I saw how fine even the unrefined product was, and learned about the various agricultural/composting applications it’s been used in, my head started to spin with possibilities! For quite some time I’ve been meaning to see if I could track down some “rock dust” to test as a worm bed conditioner (alternative to ag lime) and compost tea additive – so this stuff certainly fits the bill with flying colors (especially considering the impressive suite of plant nutrients and micronutrients it contains). Vermicompost is pretty impressive in its own right, but I have a sneaking suspicion it will be even more potent with some rock dust mixed in!

Here are some things I want to test out:

I also want to add some of the micronized dust to compost teas and test these out as well!

So much to test, so little time! Haha

Whatever I end up doing – rest assured, I’ll keep everyone posted!
😆

If you want to learn more about the benefits of using rock dust and other agro-mineral products, apart from checking out the AMP website (linked above), be sure to spend some time on Remineralize The Earth.