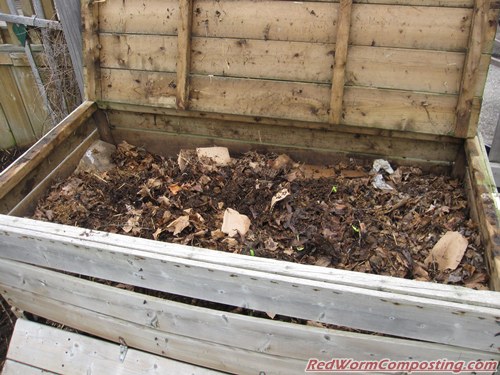 It seems my recent sandbox trench excavation has inspired me to clean up a number of different beds on my property. Aside from the fact that I’m ending up with all sorts of beautiful (and unexpected) compost to use in my gardens, I’m also basically creating “new” systems for myself – systems that are operating (as composting beds) much more effectively than they were previously.

One of my clean-up projects involves the complete emptying of my backyard wooden worm bin. This is the first time it has been emptied since I first set it up so this is kind of exciting for me, especially since the vast majority of the vermicompost down at the bottom has been inaccessible (the compost door only really allows me access to compost near the front of the bin) until now!
8)

I timed the clean-out of the bin with the excavation of the garden bed (turned worm bed in recent years) sitting next to it. As was the case with the trench, I was blown away by the sheer volume of rich compost I was able to remove (and then spread in a nice thick layer over one of my other gardens) – numerous wheelbarrow loads for sure! 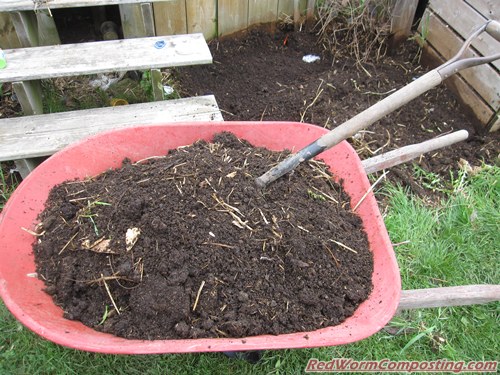 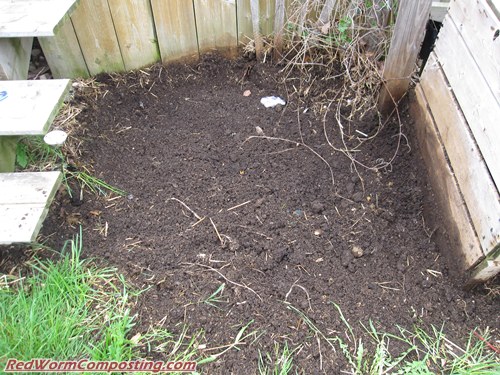 Once I basically reached the clay soil below, it was time to start adding all the unprocessed stuff from the wooden bin.

In hindsight, I am really glad I decided to do this since the wooden bin was definitely NOT set up for optimized vermicomposting, that’s for sure! It had become a bit of dumping ground for left-over fall leaves (and the brown paper bags they were sitting in) this spring, and although there was quite a lot of food waste in there – it was concentrated in rather unpleasant zones of anaerobic slop towards the middle of the bin. There did seem to be quite a few healthy looking worms concentrated further down (where the food waste was), but I have little doubt that they will do even better in the new bed. 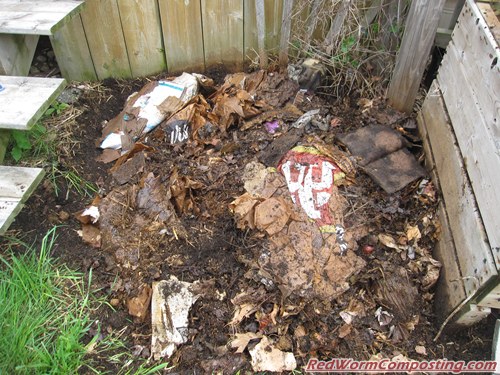 Once all the (unprocessed) material was transferred over from the bin, I covered the new system with a nice thick layer of straw. 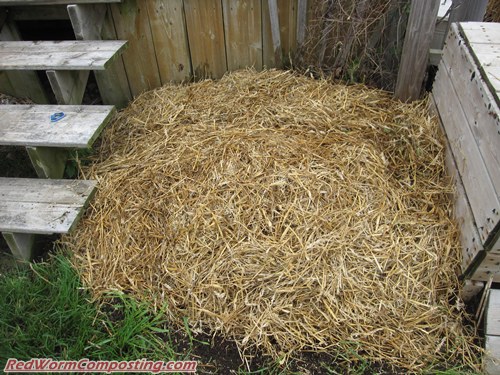 As for the wooden bin…

I have lots of vermicompost that still needs to be removed and put to use (SIGH – it’s a tough job, but somebody’s gotta do it! haha), but after that I’ve got something else in mind for this bin! 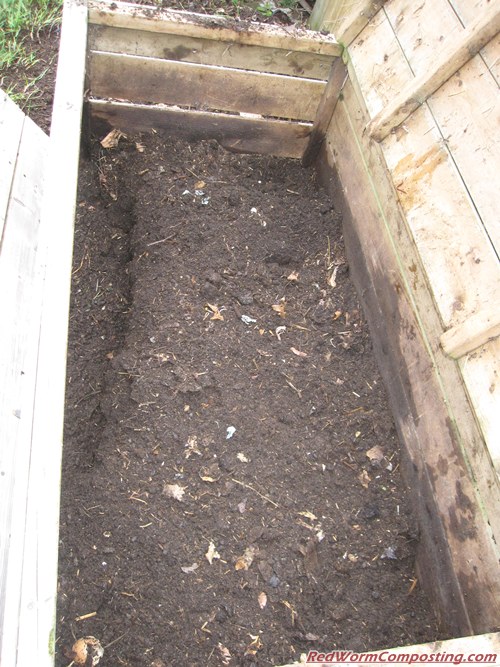 Should be interesting!
I will keep everyone posted.
8)